Treatment for non-Hodgkin's lymphoma in Germany 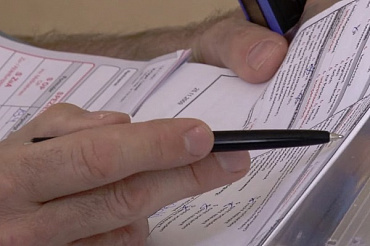 Despite the relative rarity of this diagnosis, thousands of medical tourists seek second opinion and treatment for non-Hodgkin's lymphoma in Germany.

Non-Hodgkin's lymphomas are malignant diseases of the lymphoid tissue, in which the body begins to produce abnormal white blood cells.

These cells do not perform their natural functions, but they gradually replace normal white blood cells.

Because lymphoid tissue is distributed throughout the body, lymphoma can develop anywhere. Initially, the lymph nodes are affected, but later disease can affect lungs, liver, bone marrow and spleen, especially at the late stage.

Timely diagnosis and proper treatment are crucial to ensure high survival and a full life for these patients. In Germany, more than 80% of patients recover from non-Hodgkin's lymphoma.

According to the Robert Koch Institute, every year about 9,000 men and 8,000 women are diagnosed with NHL over the country. For comparison, German doctors report 69,000 cases of breast cancer, 60,000 cases of colorectal cancer, and 54,000 cases of lung carcinoma annually.

The average age of onset is 70 years for men and 72 years for women. In recent decades, the incidence of NHL has increased, but the reasons for this surge remain a mystery for science.


Symptoms and diagnosis of non-Hodgkin lymphoma in Germany

The risk group includes HIV-positive patients and people who have received a donor organ and are taking immunosuppressant drugs. Therefore, physicians pay special attention to the early symptoms of non-Hodgkin's lymphoma in these patients.

We have all heard that there are screening programs for early detection of cancer. For example, colonoscopy is recommended after 55 years for colon and rectal cancer. Unfortunately, modern guidelines do not offer screening for lymphoma.Non-Hodgkin's lymphoma initially does not cause any complaints. Often, swollen lymph node is the only manifestation of the disease. An enlarged lymph node is usually painless. Some patients report flu-like symptoms or localized inflammation.

There are some symptoms to be aware of:

These symptoms are seen in many people, but they are in no way specific to lymphoma.

An experienced physician will take into account the intensity and time of onset of symptoms, evaluate other signs in order to decide whether further diagnosis is needed. If there is a suspicion of lymphoma, doctor conducts the standard examination. Modern laboratory tests, biopsy and imaging techniques will help determining the type and stage of the disease.

The cost of diagnosing non-Hodgkin's lymphoma in Germany:

As a rule, the entire cycle of diagnosis takes a couple of working days. The key methods are: blood tests, lymph node biopsy and bone marrow examination. Without a histological examination of the lymph node or other affected tissue, it is impossible to determine exactly what type of disease the patient suffers from. After that, doctors can predict the further course of NHL (response to therapy, the likelihood of a relapse). High-quality diagnostics is crucial for choosing the most appropriate treatment.

In order to ensure safety and increase the chances of success, we recommend choosing specialized clinics with extensive experience in treating blood cancer and working with medical tourists.

The main treatments for non-Hodgkin lymphoma are:

Since the disease is systemic (affects the entire body), surgery is not an option. The choice of treatment tactics largely depends on the type of non-Hodgkin's lymphoma and the stage of the disease at the time of diagnosis. For example, high-grade lymphomas respond well to chemotherapy and can be effectively controlled even in the later stages. Standard treatment regimens may include fludarabine, chlorambucil, cyclophosphamide, doxorubicin, vincristine and prednisone.

With a lazy (indolent) lymphoma, chemotherapy is ineffective, but in the early stages it can be cured by radiation therapy. This paradox is explained by the fact that in high-grade tumors cells divide quickly and most chemotherapy agents works in the phase of cell division.

Immunotherapy using monoclonal antibodies is not possible with all types of non-Hodgkin's lymphoma. German clinics are developing a fundamentally new method of radioimmunotherapy – the treatment of cancer with labeled radioactive antibodies.

Radioimmunotherapy of B-cell lymphoma is performed using Irbitumomab-Thiuxetan (Ibritumomab Tiuxetan) – an immunoconjugate drug containing a radioactive isotope with monoclonal antibodies to CD20. The patient's age and the presence of chronic diseases are also taken into account by German oncologists when choosing treatment tactics. Some patients are not candidates for aggressive chemotherapy or radiation – they receive more gentle therapy.