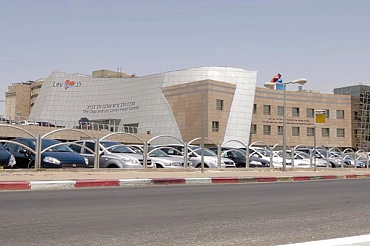 Minimally invasive laser surgery in recent years has become one of the main throat cancer treatments in Israel.

Laser surgery is currently considered the best method of removing malignant tumors of the throat.

In the early stages of the disease, this treatment replaces radiation therapy and chemotherapy, offering a complete cure.

About 20 years ago, the traditional treatment of throat cancer was based on the use of radiation therapy, even if the tumor was detected in its early stages.

In advanced cases, irradiation was combined with chemotherapy.

But thanks to technological progress and many years of experience in the use of laser technology, a team of German doctors in the 1990s first cured throat cancer with laser (transoral laser microsurgery).

This technique is now offered by many hospitals, including Rabin Medical Center (Petah Tikva), Sourasky Medical Center (Tel Aviv) and others. The cost of laser surgery in Israel is $13,000-16,000.

The result was amazing: without the use of radiation, doctors were able to achieve the same clinical outcomes with fewer side effects. This treatment has become increasingly popular in the world of surgery, and is now considered the preferred option for throat cancer in its early stages in Europe, the USA and Israel.


What is laser surgery for throat cancer?

Since the laser is considered to be a very accurate instrument that is easy to control. It can be used for delicate surgery, which requires high precision or tissue incisions inaccessible to the traditional scalpel. The laser can be used to remove the smallest areas of malignant growth, to preserve healthy tissue, to close blood vessels.

Today, this technology is considered the most effective treatment for laryngeal cancer at an early stage, which has not yet penetrated deep into the tissue. This underlines the importance of timely diagnosis of the disease. When surgery is considered, Israeli doctors will perform a tumor biopsy and computed tomography.

Transoral laser removal of the tumor is performed under general anesthesia, using equipment for laser surgery, including special eye protection and face protection. The main instrument is a laryngoscope, a device used to visualize the vocal cords and throat during surgery, and a microscope connected to the laser.

After surgery, it is recommended to eat soft food for three days, and also to limit physical and vocal activities for at least a week. In addition, proton pump inhibitors may be given to the patient to facilitate wound healing. Approximately a week after the operation, the patient undergoes a first examination, after which it is necessary to undergo examinations every month during the first year after the removal of the tumor.

Then Israeli doctors recommend visiting your doctor every 3 months if there are no suspicious symptoms.


What are the benefits of laser surgery?

Throat cancer treatment in Israel with innovative technologies is aimed not only at improving results, but also at reducing costs. Transoral laser microsurgery is a great example of this approach.

It is very convenient for medical tourists who do not have to pay impressive bills for a long hospital stay.

The laser is considered more accurate than traditional surgical instruments.

A very thin, strictly controlled beam causes less damage to normal tissue, while bleeding stops almost immediately due to coagulation of the tissue at high temperature. The laser acts faster, causes less pain than traditional surgery, and is also associated with a lower risk of postoperative complications. If radiation therapy does not help, the next step is usually surgery to remove the larynx (laryngectomy). In the case of laser surgery, the procedure can be repeated several times or combined with radiation therapy and other methods.

In the case of throat cancer at an early stage (T1), laser removal of the tumor will lead to complete recovery without further treatment in approximately 95% of cases. As the tumor grows, the chances decrease dramatically. For large tumors that affect adjacent tissues, laser surgery is almost useless.

Every year, throat cancer is diagnosed in 200 Israelis, 85% of whom are men and 15% are women. This disease often develops as a result of smoking or exposure to other inhaled carcinogens. The vast majority of patients are smokers. Cigarette smoke contains a large number of carcinogens that cause the transformation of a normal cell into a tumor cell. Smoking increases the incidence of 5-15% compared with non-smokers.

Another factor is excessive drinking, which greatly increases the risk of throat cancer. Smoking with alcohol is the most dangerous combination (synergistic effect).

Carcinogens cause damage to the genetic material of laryngeal mucous membrane cells and vocal cords. These changes cause the cell to divide uncontrollably. Visualization can detect a precancerous lesion, which is gradually transformed into a real malignant tumor.

Genetic changes in the cell may require additional factors. The development of a malignant tumor can take many years after the initial damage to the genetic material. In most patients, the precancerous stage is not identified at all. It should be noted that the effect of smoking and alcohol on cancer risk is reversed over time, which means that after several years without smoking (depending on the number and duration of exposure), the risk of cancer is reduced.

Even if throat cancer has already been diagnosed, the chances of recovery are higher in patients who quit smoking than in those who continue to smoke. Israeli oncologists strongly recommend to quit smoking and regularly consume alcohol, regardless of the presence of the disease.

In the early stages of the disease, the main complaint is hoarseness. Many patients come to the doctor because of hoarseness, which does not pass for a long time.

Consultation with an oncologist or otolarynologist in Israel costs $450-800. 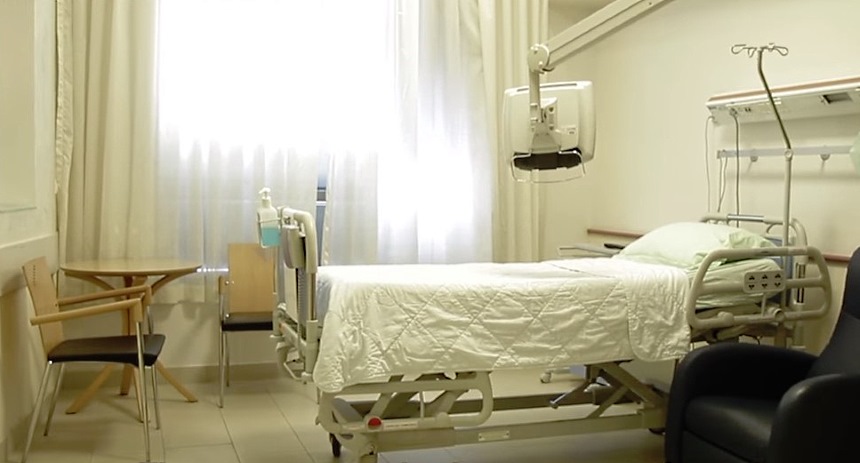 In some cases, the tumor may be located farther from the vocal cords, so the change in voice will be less noticeable.

Other symptoms can be pain when swallowing, sputum with blood, difficulty breathing, swollen lymph nodes, as well as pain radiating to the ear on the affected side. The presence of an enlarged lymph node indicates the progression of the disease and reduces the chances of full recovery by 50%. With the detection of throat cancer at an early stage, the probability of a full recovery in Israeli clinics is about 90-95%. On the other hand, when a patient comes with advanced cancer, the chances of recovery are less than 50%.

Diagnosis of laryngeal cancer is performed using fiber-optic laryngoscopy, a type of endoscopic examination. For the procedure, the doctor uses a flexible fiber-optic probe and a miniature camera that is inserted through the nose or mouth. If the doctor suspected a malignant tumor, additional studies are scheduled.

An important step in the diagnosis is a biopsy, which is performed in the clinic.

Other diagnostic methods offered in Israel:

The choice of treatment method largely depends on the stage of the disease. If throat cancer is detected in stage I, trans-oral laser microsurgery without skin incision is recommended. The surgery is performed under general anesthesia, and the patient can be discharged in a day or two with almost no restrictions. At a more advanced stage (II), when a tumor cannot be removed by a laser, there are two options.

Traditional surgery (laryngectomy) is much more expensive compared to the laser surgery. The cost of surgery may exceed $25,000. Chemotherapy for throat cancer in Israel costs about $600-3000 per course, depending on the drugs used. Radiation therapy costs $10,000 or more.

There is also promising targeted therapy for throat cancer, which is usually more expensive than chemo. Some clinics may offer additional methods, such as photodynamic therapy. Proton therapy in Israel, unfortunately, is not available.

Throat cancer treatment in Israel saves the lives of many foreign patients. However, early diagnosis is critical to success.