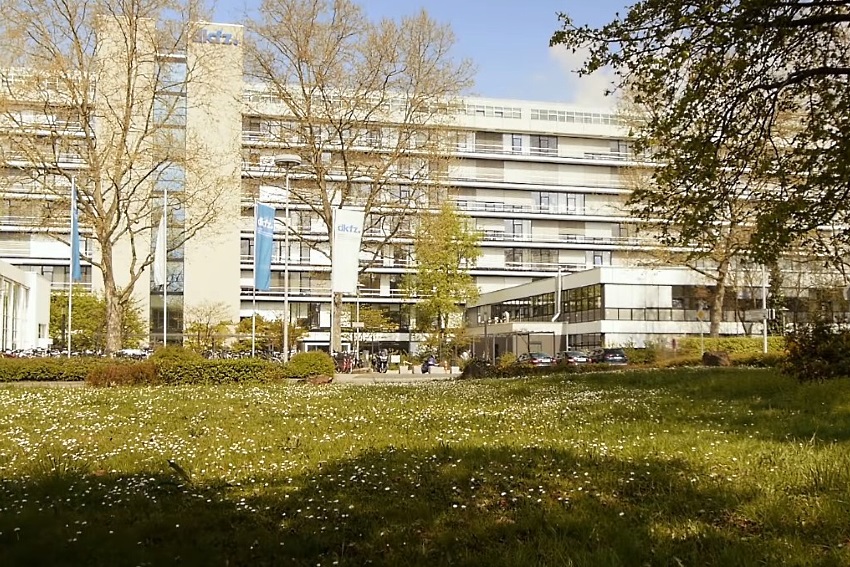 More than 450,000 people are diagnosed with cancer each year in Germany.

Cancer is a disease that poses enormous challenges to research, because every cancer is different and its course can vary immensely even from one patient to the next. To perform research into cancer is the task of the German Cancer Research Center (Deutsches Krebsforschungszentrum, DKFZ) according to its statutes. DKFZ is the largest biomedical research institute in Germany and a member of the Helmholtz Association of National Research Centers.

In over 90 divisions and research groups, our more than 3,000 employees, of which more than 1,200 are scientists, are investigating the mechanisms of cancer, are identifying cancer risk factors and are trying to find strategies to prevent people from getting cancer.They are developing novel approaches to make tumor diagnosis more precise and treatment of cancer patients more successful.

In 2008, a very special distinction was the Nobel Prize in Medicine awarded to Professor Harald zur Hausen, who discovered that human papillomaviruses (HPV) cause cervical cancer.


In 2014, for the second time a researcher at the DKFZ has been awarded the highest distinction in science: Professor Stefan W. Hell has been awarded the 2014 Nobel Prize in Chemistry for his pioneering work in the field of ultra high resolution fluorescence microscopy.

The staff of the Cancer Information Service (KID) offers information about the widespread disease of cancer for patients, their families, and the general public. The Center is funded by the German Federal Ministry of Education and Research (90%) and the State of Baden-Württemberg (10%).

Science is a “high-performance operation” which requires an efficiently structured research center. The organization chart gives an overview of DKFZ’s structure. The scientific divisions and working groups are assigned to seven Research Programs. The Core Facilities support the researchers in all routine tasks. The management departments report directly to the Management Board of DKFZ. The administrative departments support employees in all matters relating to human resources, finances and purchasing.The boards of DKFZ advise the Management Board in scientific, research-political and financial matters. The Alumni Association aims to establish networks between former and current DKFZ scientists in order to promote scientific exchange beyond their work at German Cancer Research Center (DKFZ).

Robin, Sri, Felix and Calvin introduce the International PhD Program at the German Cancer Research Center (DKFZ) in Heidelberg and share their experiences of what it is like to be part of the PhD community in the largest interdisciplinary PhD program dedicated to cancer research in Europe.

CancerTreatmentWorld.com: video reviews of the best cancer clinics in the world