The advances in lung cancer treatment in Israel 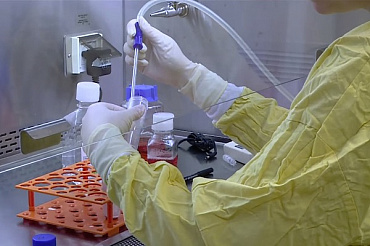 Lung cancer is one of the most deadly diseases.

It is responsible for 30% of all cancer deaths in the world.

According to forecasts of the World Health Organization (WHO), about 2 million people will be diagnosed with lung cancer in 2018, and 1.76 million patients will die.

The main cause of malignant lung tumors in Israel is smoking, which accounts for about 80% of cases. The government is actively fighting the addiction, but it is a difficult and unequal fight.

Statistics collected in dozens of countries show a slow but steady decline in the prevalence of the disease and mortality among men due to increased awareness of the effects of smoking.

On the other hand, an increase in the incidence and mortality of women is observed. This is considered the result of gender equality (including smoking).

The enormous investments of the Israeli authorities and private companies have made possible the great progress we are seeing in lung cancer treatment. Targeted therapy, fewer side effects, minimally invasive surgery prolong life and support seriously ill patients. Over the past two decades, lung cancer survival rates have improved significantly. It is expected that recently introduced protocols and experimental drugs will further improve the situation.

Nowadays, western medicine is focused on disease prevention efforts more than ever. We fully recognized the moral and economic burden of high cancer incidence in aging population. In the case of lung tumors, the best prevention is smoking cessation.

Doctors, educators and social workers resist social pressure, which is forcing adolescents to smoke from school years. In this population, nicotine addiction develops quickly, and it is difficult to treat. Efforts are being made to raise awareness and overcome peer pressure in the context of life-threatening activities such as smoking. In 2018, the percentage of smokers in Israel continues to decline, but a significant percentage of young people still dependent on smoking or vaping.

The popularization of electronic cigarettes poses an additional danger, since it is accompanied by a well-designed PR campaign. Manufacturers present their product as completely safe, manipulating unproved facts and numbers. Unfortunately, local Ministry of Health is not taking decisive measures to stop electronic cigarette manufacturers. Unlike most Western countries, photos of victims of smoking are not published on cigarette packs. Despite the fact these shocking images reduce the percentage of smokers.

The tobacco tax in Israel in recent years has also not been raised.

Primary diagnosis and selection of optimal therapy for lung cancer has become much more complicated in recent years. But this is a positive change.

Today, it is not enough just to “see” a tumor — a doctor needs to conduct a whole range of laboratory tests in order to identify the molecular features and weak points of his enemy.

Laboratory examination of the tumor and its microenvironment becomes more accurate and comprehensive. Today, Israeli patients can get the answers for free, including EGFR, ALK or ROS1 laboratory tests. This mutation help to choose targeted drugs that selectively suppress a specific gene and treats the disease most effectively.

Local clinics offer tests for single DNA and RNA mutations of the tumor, allowing to assess the chances of immunotherapy success. PD-1/PD-L1 expression and the tumor mutational burden are associated with adaptation to immunotherapy. Using “identity card” of the specific tumor, oncologists increase the chances of success.

Significant progress has been made in early diagnosis in people with risk factors that are susceptible to cancer. Recent studies show that screening of smokers over 55 years of age with low-dose computed tomography (LDCT) detects many cases of lung cancer in early stages.

A similar practice has been proposed by researchers in the United States. Due to the complexity of creating a national survey program and the risk of unnecessary radiation exposure, tests and biopsies, screening is not recommended in all countries. However, the LDCT screening today is being considered by the Israeli Ministry of Health.


Targeted drugs instead of standard chemotherapy

Previously, all patients with lung tumors were treated the same way, usually with standard chemo and radiation. Even today, in the advanced stages of the disease and certain cancer types, chemotherapy and radiotherapy is considered the best option. Relatively affordable and simple drugs, like most types of chemotherapy, can damage cancer cells and provide excellent results. However, targeted therapy acts more selectively, which contributes to improving the prognosis and increasing the safety of treatment in general.

Targeted drug is one of the most important discoveries of the last decade.

This is a treatment designed to inhibit a specific protein that is involved in the proliferation of cancer cells. Selective approach is a more reasonable solution than the “carpet bombing”.

Targeted drugs (bevacizumab, erlotinib, ozimertinib, necitumumab) are still significantly more expensive compared to older cytostatic agents, but they do open up new possibilities. These are mild side effects and effective blocking the factor that causes cancer cells to multiply. New targeted drugs each year expands the arsenal of Israeli hospitals.

An introduction of immunotherapy has become a real revolution in oncology.

Our immune system has an amazing ability to detect foreign agents in order to quickly neutralize them. In some ways, the diagnosis of cancer can be called a "failure" of immunity.

Such drugs as pembrolizumab, remove the protective barriers that the tumor puts on the path of immune system. Sometimes immunotherapy provides amazing clinical results, including cases of previously incurable metastatic cancer (stage IV). This is a completely different approach, when doctors do not try to directly attack and destroy a tumor, but only untie the hands of the patient’s immune cells. Immunotherapy in Israel is developing at a breakneck pace, not yielding to American or German clinics.

At the same time, the cost of treatment is much lower than in most western countries.

Another trend is the introduction of modern treatment methods at an early stage to provide the best result from the very beginning. If in the past, complex and expensive procedures were reserved for second-line therapy. Now these promising options are applied first. This strategy is currently being tested for both immunotherapy and targeted therapy. In particular, Israeli patients with lung cancer stage III as part of the experiment can receive aggressive immunotherapy, which was previously used only for metastatic cancer. 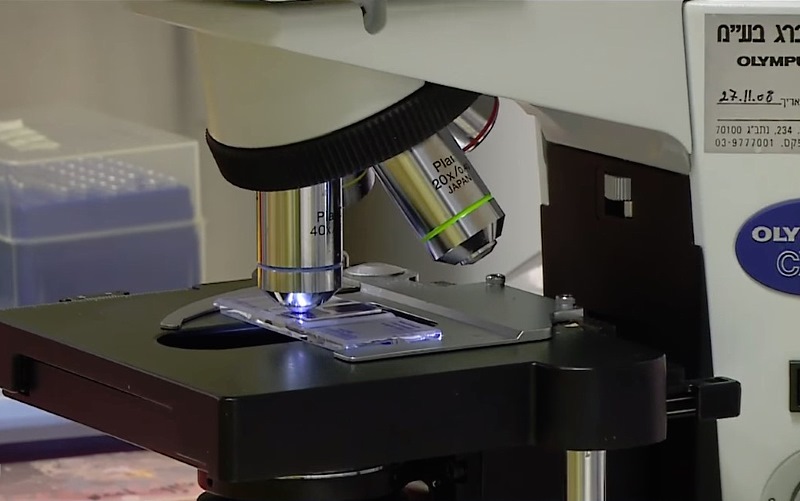 Lung cancer stage III is usually treated with chemotherapy, radiation therapy and sometimes surgically. No progress has been made for many decades, but the introduction of neoadjuvant immunotherapy has demonstrated the first significant progress.

Immunotherapy is being studied in Israel for stage I and II cancer, both after surgery and before surgical removal of the tumor. The aim is to concentrate resources where complete cure is real.


Quality of life as the most important factor

Patient well-being is a priority for Israeli oncologists. But cancer treatment is often accompanied by serious side effects. New advances in oncology increase survival and require more efficient methods for improving the patient's quality of life. Scientists systematize data on the quality of life of participants in clinical trials. Doctors choose treatment tactics with careful consideration of side effects. Clinics for the support of oncological patients are opening in Tel Aviv and other major cities.

In many hospitals, patients are asked to fill out special questionnaires for measuring side effects and quality of life. This helps the medical staff to better understand their main problems and needs. Each patient tells his doctor about side effects (nausea, weakness, fatigue, lack of appetite, pain), which complicate their daily lives. This data year by year optimizes treatment protocols.

Studies have shown that support clinics improve survival and the ability to control cancer.


The situation with lung cancer treatment in Israel

Local health care system is experiencing serious financial difficulties in most areas. The health care budget is relatively insufficient, given the population of the country. There is a shortage of beds, doctors and nurses. Despite this, lung cancer statistics look promising.

Experts note that the effectiveness of Israeli oncology is much higher compared to most European countries and the United States. Local residents can get really social and quality services without paying extra money from their own pockets. They do not need to look for cheap clinics abroad. Any new technology or cancer drug that has been proven by science is being introduced into clinical practice and funded by the state system.

In the coming years, Israel will open its own proton therapy center.