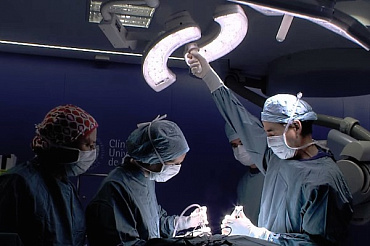 Stomach (gastric) cancer is the uncontrolled growth of mucosal cells, the muscle layer or other tissues of the stomach.

The disease occurs as a result of specific pathological changes in the cells caused by different carcinogens (for example, toxins and radiation).

Stomach cancer (adenocarcinoma) is considered the fifth most common malignant tumor in the world. In Spain, almost 8,500 new cases of gastric cancer are diagnosed every year.

There are wide geographic differences in incidence.

More than half of all cases are concentrated in Japan and China. It is a common cancer in South America, Eastern Europe and some countries in the Middle East. On the other hand, stomach cancer is relatively rare in Western Europe, the USA and Australia.

In western countries, the incidence (the number of new cases per year) of distal stomach carcinoma is decreasing but the incidence of cancer of the gastroesophageal junction and proximal part of the stomach is rising.

The risk of developing stomach cancer increases after age 50 and is highest in the seventh decade of life. This cancer is twice as common in men than in women.

Over 95% of gastric cancer cases in Spain are adenocarcinomas.

Adenocarcinoma occurs as a result of the uncontrolled growth of mucosal cells. There are two main histological subtypes of adenocarcinoma: intestinal and diffuse. The doctor recognizes them by a number of microscopic characteristics.

Lymphomas, sarcomas, melanomas and gastrointestinal stromal tumors (GIST) are much less common in adenocarcinomas. Diagnosis and treatment of these cancers are different.


Signs and symptoms of stomach cancer

Stomach cancer may not cause symptoms until it reaches a late stage. In asymptomatic patients, the disease is sometimes diagnosed when being examined for other diseases.

Symptoms (which the patient notices) are usually vague and non-specific. 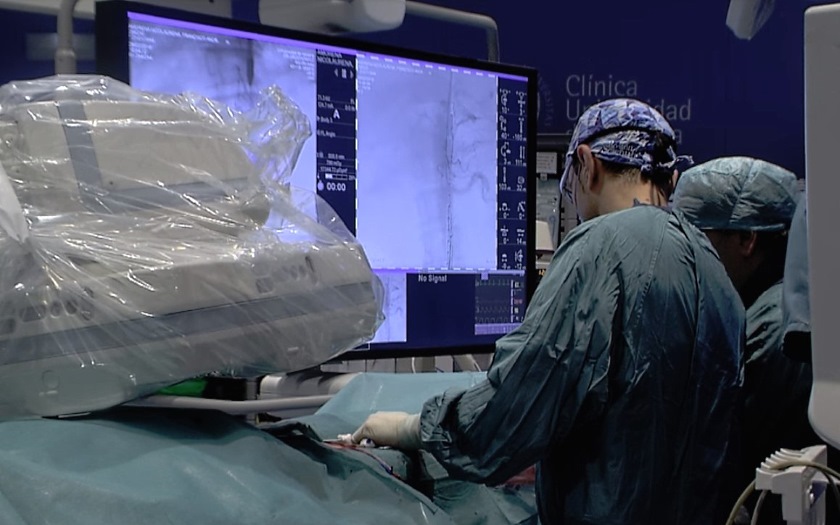 Spanish oncologists have noted the following signs of stomach cancer:

Nausea and vomiting, a feeling of fullness after taking a small amount of food due to insufficient stretching of the stomach wall, ascites (accumulation of fluid in the stomach), weakness and fatigue can also be noted.

Dysphagia (difficulty passing food through the esophagus) occurs in patients with carcinoma of the gastric cardia. Pyloric stenosis can develop if the tumor affects the distal stomach.

In the major cities of Spain, there are more than a dozen well-known clinics and research institutes that offer foreign patients diagnosis and treatment of gastric cancer in accordance with the best international standards.

Most of these clinics are concentrated in Madrid, Barcelona and Pamplona:

Consultation with a stomach cancer specialist in Spain costs about $ 300-600.

The cost of a comprehensive diagnosis reach $ 7000-9000, depending on the clinical case.

The duration and cost of treating stomach cancer varies widely. Depending on the stage of the disease, the goals of the therapy and the technologies used, the treatment can cost $ 12,000-25,000 or more. The pricing policy of clinics is also different.

For more information on pricing for specific procedures, see the following section.


Diagnosis of stomach cancer in Spain

Patients with certain diseases or predisposing conditions may require a surveillance program. If you have any of these, consult your doctor about your particular case.

A physical examination, blood tests, X-rays, and, in most cases, gastroscopy, are usually performed to diagnose stomach (gastric) cancer.


Laboratory blood tests will provide information about the presence of anemia. Blood biochemistry may indicate changes in the function of organs such as the liver or kidneys.

Tumor marker blood tests measure the level of certain proteins that can be secreted by a growing tumor. These tests suggest the presence of a tumor, but does not diagnose cancer.

There is always the risk of false-positive and false-negative results.

During upper gastrointestinal endoscopy, the doctor uses a special device with a camera and illumination (gastroscope) to visualize the inside of the esophagus and stomach. At the end of the gastroscope there is a tool for biopsy.

To diagnose stomach cancer and assess the stage of the disease, x-ray examinations are performed. Some methods listed below can be successfully replaced by other tests, or they complement each other:

Chest X-ray (radiograph): This method is often used by Spanish doctors to detect metastases. It can be replaced by computed tomography.

Standard abdominal X-ray. This is a simple and affordable method that can provide information about the presence of obstruction of the stomach or intestines.

Ultrasound examination of the abdominal cavity. Sonography visualizes the internal organs using high-frequency sound waves. In case of stomach cancer, it is necessary to check the liver for metastases.

Abdominal and pelvic CT. This is a radiological method that offers a lot of information about stomach cancer including metastasis in the liver, signs of ascites, etc.

Computed tomography (CT) of the chest provides the doctor with information about the lungs, the mediastinum (the space between the lungs), the bones of the chest, and the heart.

The cost of computed tomography in Spain can reach $ 1,400.

Magnetic resonance imaging of the abdomen (MRI). Unlike computed tomography, MRI does not use harmful X-rays. This method is of great value in the study of internal organs and soft tissues. The cost of MRI in Spanish clinics is up to $ 1,900.

There are other tests that are sometimes used to complete the diagnosis, such as:

Successful treatment requires an individual approach. When choosing the most appropriate treatment for a particular patient, the following factors are taken into account:

The main methods of stomach cancer treatment are surgery, chemotherapy and radiation therapy. However, in some patients, treatment will be purely symptomatic (for example, painkillers and antiemetic drugs).

In terms of resectability (possibility of complete removal of the tumor), malignant neoplasms of the stomach are classified as:

• Localized tumors that can be surgically removed
• Locally advanced tumors that spread to neighboring structures; removal of such tumors can be difficult, although there are no distant metastases
• Tumors with distant metastases; cancer spreads to the liver, lungs and other internal organs, which makes it impossible to remove all tumors. 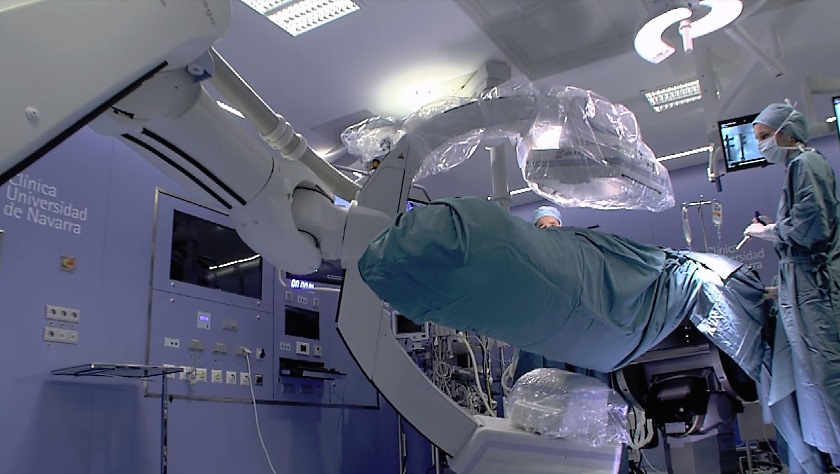 Surgical treatment of any cancer has two goals:

In the early stages of the disease, Spanish surgeons recommend endoscopic mucosal resection. This is a minimally invasive intervention that is performed with an endoscope. The choice of surgical technique depends on the location of the stomach tumor, the stage of the disease and other factors.


The cost of the operation can vary from $ 5,000 to $ 45,000, depending on the complexity of the procedure and the technique used. In general, the earlier the disease is diagnosed, the easier and cheaper the removal of the tumor.

In addition to gastrectomy, perigastric lymph nodes are usually removed. This procedure is called lymphadenectomy. The need for lymphadenectomy and the number of lymph nodes to be removed depends on the stage of the disease and the location of the tumor.


Pancreatectomy, splenectomy and other procedures

Removal of the pancreas, spleen, part of the liver, or other structures is sometimes necessary for a complete cure. When gastric cancer penetrates adjacent organs, complete removal is not always possible.

Chances depend on the general condition of the patient, nutritional status and possible complications expected during a major surgery. For more information, contact your surgeon.

Not all patients with stomach cancer should undergo chemotherapy, and in certain cases it may be contraindicated.

Targeted agents are drugs directed against a specific cancer target cell. They act on parts of the cell (receptor) or specific substances (growth factors) that are involved in the process of tumor development.

Modern arsenal of targeted therapy includes monoclonal antibodies that are administered intravenously or subcutaneously, as well as tyrosine kinase inhibitors, which are usually taken orally at home. Targeted therapy can cost several thousand dollars a month, and treatment can last for years while the patient responds well to the drugs.

In stomach cancer at the late stage, monoclonal antibody trastuzumab (Herceptin) increases the effectiveness of chemotherapy. This drug is prescribed to treat tumors with HER2 protein overexpression (HER2+). It is indicated for metastatic stomach (gastric) cancer.

Clinical trials are actively conducted using other antibodies and tyrosine kinase inhibitors for the treatment of HER2-positive gastric cancer. Recently, Spanish oncologists have included ramucirumab in the treatment regimen. It is a monoclonal antibody, which disrupts vascularization of the tumor (HER2 overexpression is not required). 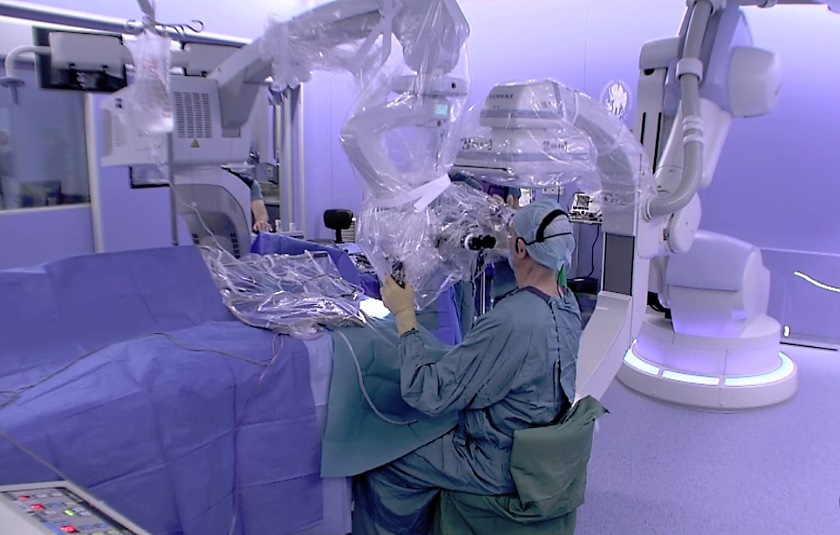 Chemotherapy can be used as an additional treatment before or after surgery to increase the chances of success.

As an additional treatment, Spanish doctors usually prescribe chemotherapy before surgery. In this case, we are talking about neoadjuvant chemotherapy. Sometimes chemotherapy is used after the removal of a stomach tumor, in combination with radiation therapy or without it.

The decision to prescribe chemotherapy before and / or after surgery depends on a number of factors that vary from patient to patient.

With advanced stomach cancer, chemotherapy is used to relieve pain and other symptoms of the disease. In this situation, treatment is usually prescribed without radiation therapy, and its goal is to control the disease as long as possible.

Radiation therapy can be used as an adjunct to surgical treatment or to alleviate the symptoms caused by the disease. Not all patients with stomach cancer should undergo radiation therapy, and in some cases it is contraindicated.

Radiation therapy requires a strictly individual approach. Spanish doctors develop a treatment plan specifically for each patient, adapting it to the anatomy and unique characteristics of the tumor. Depending on the complexity of the treatment, the cost of radiation therapy varies from $ 9,000 to $ 40,000.

Thanks to the modern technologies stomach cancer treatment in Spain provide excellent clinical results, especially in the early stages of the disease.