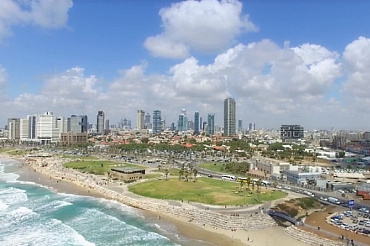 Patients with small cell carcinoma (SCLC) account for 15% of all patients with lung cancer.

This disease is less studied than the more common NSCLC.

For a number of reasons, such patients face specific problems and require a special approach.


What is small cell lung cancer?

This tumor differs from non-small cell cancer not only in cell size. SCLC is considered a very aggressive cancer. It tends to grow faster and form metastases in distant organs at relatively early stages. Unfortunately, SCLC is almost always diagnosed at the metastatic stage.

Another characteristic feature of this subtype is a good response to chemotherapy, which provides great opportunities for the use of biological drugs and immunotherapy. All of this dictates specific treatments that are different from NSCLC and other tumors.


What you need to know before starting treatment

Before deciding whether to go through another risky and expensive therapy, find clear answers to the questions listed below. Without knowing the answers, you act blindly.

• What type of cancer is I diagnosed with?
• What is the stage of my disease (I, II, III or IV)?
• What are my options (surgery, chemotherapy, radiotherapy)?
• What is the goal of therapy (life extension, full recovery)?

Once again, small cell lung cancer is most often diagnosed in stage IV, when malignant cells go beyond the limits of the primary tumor and form metastases in distant organs including brain. Therefore, surgical treatment of SCLC in Israel is almost never used, and the chances of recovery are minimal. As a rule, it is about prolonging life and relieving symptoms.

Why surgery is not considered?

In metastatic cancer, the removal of a primary tumor in the lungs will not affect other organs. Figuratively speaking, malignant cells captured the entire body. Thus, systemic chemotherapy, targeted therapy and immunotherapy are considered the best choice. These methods affect all tissues, inhibiting cancer growth everywhere.

Compared to other tumors, SCLC responds very well to chemotherapeutic drugs. According to a study conducted in Israel (2018), these drugs increase survival and quality of life, but chemo is not able to cure SCLC or stop the progression of the disease for a long time.

Even after a successful first course, the disease usually returns within 14 months (if therapy is started on time!). If treatment is started only at stage IV, the disease usually returns within 6-8 months after the previous course of chemo. The effect of chemo is developing rapidly, especially in patients with certain complications, such as superior vena cava syndrome (SVCS) and compression of other important structures. Usually, oncologists recommend 4-6 cycles of chemotherapy, but the exact number of cycles varies, depending on the stage and the clinical situation.

Side effects of chemotherapy limit the use of high doses of cytotoxic drugs to achieve optimal results. Chemo halts the growth and reproduction of healthy cells, including liver, blood cells, intestines, skin, hair follicles.

This explains a wide range of side effects:

Most of these side effects occur 1-2 weeks after the start of therapy.

In chemotherapy for small cell lung cancer, patients should stay under the continuous supervision of medical personnel who are ready to cope with a critical situation.


The role of radiotherapy in the management of SCLC

Radiation therapy (radiotherapy) involves a series of short irradiation sessions. Israeli clinics use accurate computer-aided planning so that radiation only affects the tumor, bending around healthy tissue. This is effective both in primary tumors and in brain metastases.

The results of radiotherapy usually reach a maximum within a few weeks. Due to low doses and irradiation accuracy, systemic side effects are usually absent. Radiation therapy can be repeated, depending on the clinical situation.

Long-term studies have shown that radiation therapy for patients with small cell lung cancer is most appropriate in several cases:

• early stage of the disease, when metastases are not detected
• after successful chemotherapy to improve the results achieved
• preventive CNS irradiation to prevent metastasis
• treatment of existing brain metastases

It has been established that radiotherapy after successful chemotherapy of SCLC can triple the number of patients achieving six-month remission of the disease in stage IV. Irradiation of the chest with chemotherapy dramatically increases the survival of these patients.


What if chemotherapy doesn't help?

If the standard treatment does not stop the progression of SCLC or the disease relapses within 45 days after the course, Israeli oncologists recommend undergoing another chemotherapy or trying experimental methods (including clinical trials). You might think that the second course will be more aggressive and dangerous. In fact, the scheme of chemotherapy offered to patients after the failure of the previous course, often consists of a single drug. This is done to ensure a higher quality of life.

Clinical trials offer improved methods that are not yet approved for commercial use, but have already proven to be safe in previous phases of research (including laboratory experiments).

Immunotherapy enhances the natural immune response to malignant cells. It is a new trend in oncology. When applied correctly, this method demonstrates phenomenal effectiveness in the later stages with a relatively small number of side effects. 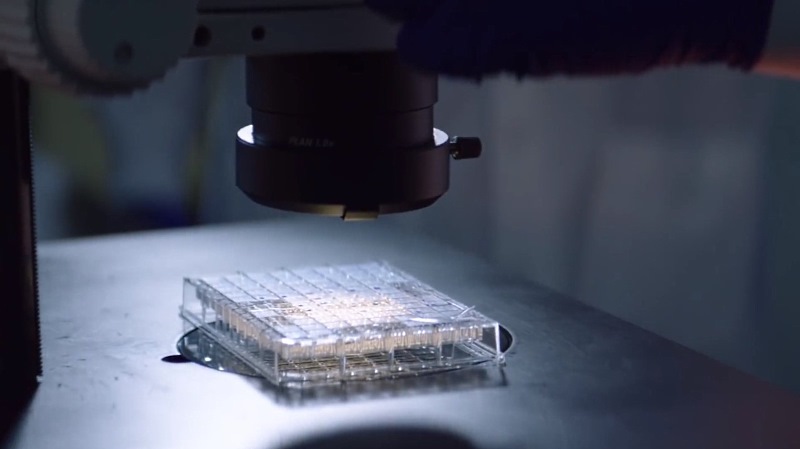 • Nivolumab (Opdivo): This drug is approved in the United States for cancer that progresses after chemotherapy with platinum compounds.
• Nivolumab + Ipilimumab (Yervoy): this combination is not approved for SCLC, but local experts recommend it to patients in whom the disease is progressing rapidly despite aggressive chemotherapy. Unfortunately, two immunotherapy agents significantly increase the cost of treatment and the risk of side effects.
• Pembrolizumab (Keytruda): this is the first immunotherapy agent, which transformed the concept of cancer treatment. But initial studies of the efficacy of Keytruda in small cell lung cancer have shown limited efficacy (disease progression is slightly slower).


Early-stage SCLC: surgery is a chance

Thanks to luck and modern methods of diagnosis in a small percentage of cases, small cell lung cancer is diagnosed in the early stages (0-IIB) – before metastases appear. These patients can benefit from surgery with subsequent (adjuvant) chemotherapy. In this case, full recovery is possible. In general, surgery for SCLC is extremely rare.

Only in 20% of patients with newly diagnosed cancer, tumor cells are limited to the lungs.

These patients require surgery to remove the tumor along with the surrounding healthy tissue and adjacent lymph nodes. The specific technique will depend on the location and size of the tumor.

After tumor resection, adjuvant chemotherapy is recommended to destroy the remaining cells and reduce the likelihood of cancer recurrence. If done correctly, a significant percentage of patients live for many years without recurrence. According to a recent study, such surgical treatment with subsequent chemotherapy provides a five-year survival rate of 35–40%.

According to statistics, 1 of 3 patients with SCLC are people 70 years and older. Although conventional methods tend to cause more side effects in older patients, studies have shown that their chances of survival are similar to those in younger patients. However, elderly patients may prefer low-dose chemotherapy, since its side effects have a greater effect on their quality of life. Unfortunately, low-dose therapy is less effective. 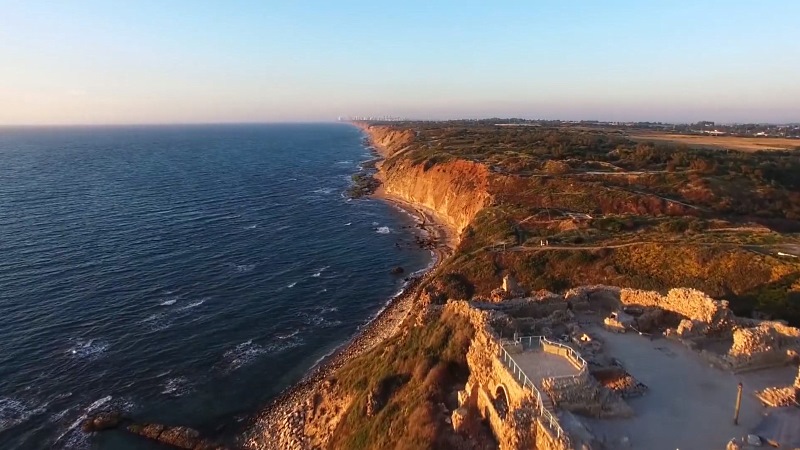 If the disease is diagnosed on time, the goal of treatment is to achieve full recovery. According to statistics, 1 out of 4 patients recover completely. In the case of SCLC at an early stage, the chances of significant tumor regression reach 80-100%, and half of these patients do not have any cancer cells during subsequent scans.

But this is not a victory. Most of them, sooner or later, experience a recurrence, which is quite difficult to treat. Modern methods do not always allow to completely get rid of malignant cells.

Studies have shown that the average life expectancy of patients with small cell lung cancer at an early stage is 15-20 months (half of the patients will live longer than this period, and about half – less). Between 10% and 13% of patients live 5 years or more after diagnosis.


Why is it important to quit smoking?

Even after a terrible diagnosis, it is important to stop smoking. Israeli doctors say that quitting smoking with SCLC (regardless of the stage) increases the effectiveness of therapy and reduces the risk of a second tumor. Chemotherapy, radiation therapy and surgical resection can damage lung tissue. Smoking multiplies the effects of this injury, which can lead to pulmonary insufficiency.

Therefore, quitting smoking is an important condition for the effective treatment and maintenance of a high quality of life during and after therapy. At any stage.

The metastatic form of the disease is considered incurable. The goal of all treatments in these cases is to alleviate the symptoms, maintain high quality of life and increase survival.

Chemotherapy can be very effective: in 70% of cases a significant reduction in the size of the tumor is observed, and in 10% of patients the tumor in the lungs disappears completely. Despite promising results, SCLC tends to recur or progress within 1–2 years in most patients, even those who have responded successfully to initial therapy.