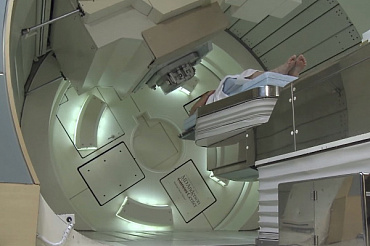 Proton cancer therapy in the United States is considered to be the most promising method of treatment for some cancers.

The method, based on the use of positively charged hydrogen nuclei, allows to irradiate tumors with millimeter accuracy, located deep inside the body.

The advantage of proton therapy is to reduce the risk of side effects, because the surrounding healthy tissues are largely protected from the harmful effects of radiation.

However, the effectiveness of proton therapy is limited with metastatic cancer if several secondary tumors have already developed.

In addition, proton therapy cannot replace surgery in breast cancer. The problem is that the accelerated proton beams are very difficult to adapt to the natural movements of the human body. For example, to the movements of the chest while breathing.

Another serious drawback is the high cost of building proton therapy centres, which can quickly cost hundreds of millions of euros or more.

Even in the United States, there are only about three dozen such centres across the country.

Many well-known medical tourism destinations such as Israel have not yet built their own proton therapy centers.

Despite the technical difficulties and huge costs, experts believe that proton cancer therapy can benefit more patients with malignant tumors.


The use of proton cancer therapy in the United States

The United States is considered a pioneer and world leader in proton therapy.

Today, more than 30% of all proton therapy centers operating on the planet are concentrated in this country.

The world's first proton therapy center based on the hospital was opened in 1990 at the Loma Linda University Medical Center (LLUMC) in California.

It is currently the largest and most experienced clinical center using this technology. For three decades, more than 21,000 patients from all over the world have been treated here, suffering from more than 50 types of tumors.

Every year, the University of Loma Linda receives 1,000 to 1,500 new patients who receive proton therapy using the 250 MeV high-performance Optivus synchrotron. The capacity of the center is much higher than in any other center in the world.

The cost of cancer treatment with this innovative equipment is estimated at tens of thousands of dollars per patient. Fortunately, in most cases proton therapy is covered by insurance.


How does proton therapy work?

Their general basic principle is that high-energy ionizing radiation (e.g. X-rays) destroys the genetic material in the nucleus of the cell, the DNA. Irradiation prevents the proliferation of cancer cells and destroys them.

Unlike "classical" radiation therapy, proton therapy does not irradiate the tumor with high-energy electromagnetic waves, but uses positively charged nuclei of elementary hydrogen. These so-called protons are knocked out of the hydrogen atoms and then accelerated in the particle accelerator by electromagnetic fields up to about two-thirds of the speed of light.


At the exit of a cyclotron or synchrotron, a proton beam flies at about 180000 km/h, depending on the type of particle accelerator. Protons almost instantly reach the patient positioned on a table.

Computer technologies provide the highest precision of irradiation, and the physical features of protons allow these particles to penetrate tens of centimeters deep into the human body.

What are the benefits of proton cancer therapy?

The disadvantage of X-ray radiation, which is usually used in traditional radiotherapy, is that it affects the whole body.

Since the energy of X-rays decreases exponentially, the input dose should be appropriately high. Therefore, radiation therapy can damage not only cancer cells, but also healthy tissue on the way to the tumor. Today, healthy tissue is being protected by careful computer planning and simultaneous exposure of the target area on several sides.

Protons, on the other hand, release most of their energy only on the last millimetres of their trajectory. This phenomenon is called the Bragg Peak.

The proton energy release point can be set by calculating acceleration.

This makes accelerated hydrogen atoms devoid of their electrons extremely interesting from a therapeutic point of view.

The adjustment of the accelerators guarantees precise control of the depth at which the proton beam develops its maximum destructive effect. The beam does not pass through the whole body, but stops right there at the target.

The precise distribution of proton energy in the tumor means that a healthy surrounding tissue is less exposed to harmful radiation.

This allows doctors to irradiate tumor cells at significantly higher doses and possibly destroy them more reliably than with "classic" radiotherapy.

Since the particles are guided by large magnets, the range and direction of the proton beam can be adjusted with high precision, but it is difficult to adapt the direction and depth of proton penetration to the patient's body movements. 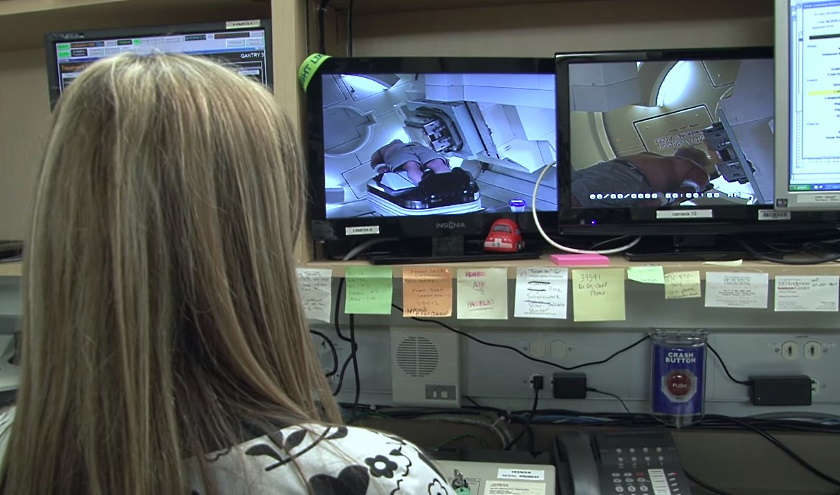 The proton beam can penetrate the body up to 38 centimetres.

Therefore, U.S. clinics use this type of radiation therapy when the tumor is located deep in the body or it is surrounded by sensitive organs. For example, in cases of eye tumors, brain cancer, as well as in cases of tumors of the spine, skull base or pelvic area.


Areas of application of proton therapy

According to the National Proton Therapy Association, this method can be used to irradiate some eye tumours, such as iris melanoma and bone melanoma, as well as lesions of the skull base.

In addition, there is a long list of numerous tumors in children and adults that can be controlled by proton therapy. American scientists continue to expand this list of indications.

Unfortunately, millions of people around the world do not have access to much-needed treatment. This is because particle accelerators are only available in a few medical and academic centers. Clinical trials with large numbers of participants are also difficult to conduct.

To date, only 160,000 patients worldwide have received proton therapy. Most of them have been cured with new technology, while traditional radiotherapy and surgical treatments have been too risky because of the localization of the tumor.


How proton therapy is performed?

First of all, the patient and the doctor discuss in detail the purpose of the therapy, what to look for and what side effects may occur. The planning takes into account all available treatment documents, such as medical reports, surgical reports, and the results of previous examinations, such as computed tomography or magnetic resonance imaging.

An individual treatment plan is prepared for each patient, which defines the treatment area, radiation dose and session schedule. The required total dose is not prescribed simultaneously, but is distributed over several sessions. This fractionated radiation gives healthy tissues time to recover from destructive effects. Thus, the distribution of the total dose over several sessions reduces side effects.

The correct positioning during the sessions takes the longest time. 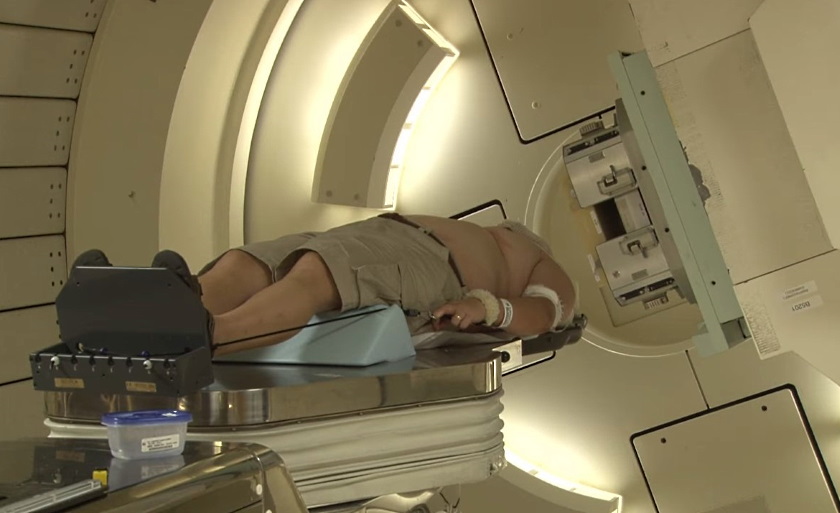 Positioning the body is important for the precise penetration of the proton beam into the tumor and optimal protection of the surrounding tissue.  For the same reason, the patient should not move during irradiation. For this purpose, American proton therapy centres use aids such as special contour mattresses to immobilise the patient.

Before the procedure, the patient is placed in the correct position on the treatment table with robotic control. The actual proton irradiation takes only a few minutes.

At this time, medical personnel must leave the treatment room.


Possible side effects of proton therapy

Generally, proton therapy cause the same undesired side effects as conventional radiotherapy.

The severity of the side effects depends on factors such as the prescribed dose, the irradiated area and the patient's condition. Side effects range from weakness and fatigue to oral inflammation, nausea, diarrhoea and vomiting. These symptoms usually disappear after treatment.

After proton therapy, the risk of developing new malignant cells as a result of radiation exposure is generally low. Due to the accuracy of proton therapy, secondary tumors are less likely to develop than conventional radiation therapy.

Proton therapy is considered relatively safe and well tolerated. However, it should not be forgotten that this new method of treatment is much less well understood than other radiotherapy procedures.


How much does proton therapy cost?

The cost of proton cancer therapy in the United States depends on the specific diagnosis, stage of cancer, number of procedures, and other factors.

Details should be requested from the Loma Linda University Medical Center or other health care provider.