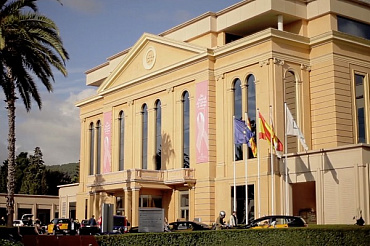 Prostate cancer treatment in Spain is known for its high technology and affordable prices; most of the specialized centers are located in Madrid and Barcelona.

Prostate cancer is the second most common in men, with approximately 900,000 new cases per year in the world. In this article you will find updated information about prostate cancer, which will help the medical tourist to navigate the prices and opportunities of Spanish uro-oncology.

In Spain, as in many other Western countries, the incidence has increased dramatically since the early 1990s due to the introduction and widespread use of the prostate specific antigen test (PSA).

In this period, the incidence rates adjusted to the standard world population varied between 44 per 100,000 in Granada and 74 per 100,000 in the Basque Country. The differences observed reflect the different rate of use of the PSA test.

Prostate cancer, like most malignant tumors, does not cause any changes felt by the patient in the initial stages of the disease. These are tumors that develop slowly, and usually symptoms appear in the later stages of the process.

As in the case of other malignant tumors, late diagnosis worsens the prognosis.

The local symptoms that may occur in prostate cancer are the following:

• Urinary urgency and even uncontrolled leakage of urine
• Increased frequency of urination, both by day and by night (nocturia)
• Dysuria: pain and burning during urination (painful urination)
• Sometimes the urethra is blocked by the tumor causing urinary retention
• Urination delay and weak urine stream
• Incomplete emptying of the bladder
• Dripping after urination

Breast pain or its abnormal growth is unusual symptom. Although rare, germ cell tumors can cause breast enlargement (gynecomastia) or breast pain. This is because the tumor can secrete high amounts of a hormone called HCG (Human Chorionic Gonadotropin) that favors the growth of the breasts. A tumor subtype called Leydig cell tumor produce estrogens (female sex hormones), which cause breast growth and loss of sexual drive in men.

There are some general symptoms that usually appear in the most advanced stages of the disease, such as weight loss or poor appetite, localized bone pain, anemia, edema (swelling) in the lower limbs and kidney failure.

If you notice any of the symptoms mentioned, you should consult with your doctor as soon as possible to perform the necessary tests and make a diagnosis. Remember that these symptoms can also appear associated with benign diseases. Before assuming that you have a cancer, wait for the test results.

The prognosis largely depends on the stage of the disease at the time of diagnosis. Most tumors are diagnosed in old age, and their aggressiveness is usually low. As a result, a significant percentage of men only need active surveillance, and many patients actually will die from other causes before the tumor kills them.

Survival of patients with prostate cancer in Spain is equal to European average. Approximately 65.5% of patients suffering from prostate cancer in Spain survive more than 5 years. It is a global average, regardless of age, histological type or stage of the disease. Survival has improved greatly in the last decade (48% for cases diagnosed between 1980 and 1985, and 65.

5% for those diagnosed between 1990 and 1994), and this positive trend is expected to continue. Since the introduction of the diagnostic test to determine the PSA level, the incidence has increased dramatically. At the same time, the survival rate has increased, because very small tumors are treated with an excellent prognosis, and the Spanish surgery and pharmacology show great success.

Austria, whose survival rates are among the best in Europe, is the first country on the continent to have a program for the early detection of prostate cancer. This was a good example for other EU countries.

The average age at death due to prostate cancer in Spain is 75 years.


Diagnosis of prostate cancer in the best clinics in Spain

There are about a dozen clinics and hospitals that can offer first-class services in the field of uro-oncology to foreign patients. The most preferred options are university hospitals and large private clinics in Madrid and Barcelona with extensive experience in the treatment of prostate cancer.

Among the best centers of uro-oncology in Spain are the following hospitals and clinics:

If there is any symptom or as part of periodic control, the sequence of diagnostic tests should be as follows:

1. Rectal examination: inserting the finger through the rectum, the prostate is palpated to detect any abnormalities and painful tumors. The cost of consulting a urologist in Spain is starting from $ 300.

2. PSA lab test: PSA is an antigen specific for the prostate gland, a protein that is secreted with sperm. It enters the blood in small quantities and can be measured using a simple blood test. This indicator is only prognostic in nature, since PSA levels vary simply depending on the age and size of the prostate gland. The higher the age and the larger the prostate, the higher the PSA levels can be observed even in healthy men. In contrast, a normal level of PSA does not exclude cancer, since there is a small percentage of tumors that do not cause an increase in prostate-specific antigen. That is why it is important to repeat the tests periodically, even if you have normal PSA values if you are in the age-related risk group.

4. Transrectal ultrasound: ultrasound of the prostate using a probe inserted through the rectum shows any structural abnormalities, including benign hyperplasia and cancer.

5. Prostate biopsy: this is the last stage of the diagnostic process, when the doctor confirms the diagnosis by analyzing a tumor tissue sample. The so-called histopathological report describes the condition of prostate cells and the degree of differentiation, which has a significant impact on treatment choice and prognosis.

The approximate cost of histopathological examination in Spanish clinics is $ 600-1000.

Modern treatment is based on surgical removal of the tumor, radiation therapy and hormone therapy. Chemotherapy does not play an important role in the treatment of prostate cancer. The choice is based on the patient's age and health status, as well as the clinical stage of the disease, Gleason score and PSA level before the start of treatment. It should be remembered that this is a very slow disease, and in many cases, patients can live for many years even without any treatment.

This is confirmed in men who died from other causes, having asymptomatic prostate cancer.

Therefore, in certain cases it may be considered appropriate not to give any treatment to patients who, in addition to cancer, suffer from other diseases. They are simply actively monitored with periodic controls. In case the process gets worse it can be decided to apply some treatment assuming possible risks and complications such as erectile dysfunction, urinary incontinence or post-radiotherapy constipation.

Prostatectomy is usually recommended if the tumor is confined to the prostate gland. 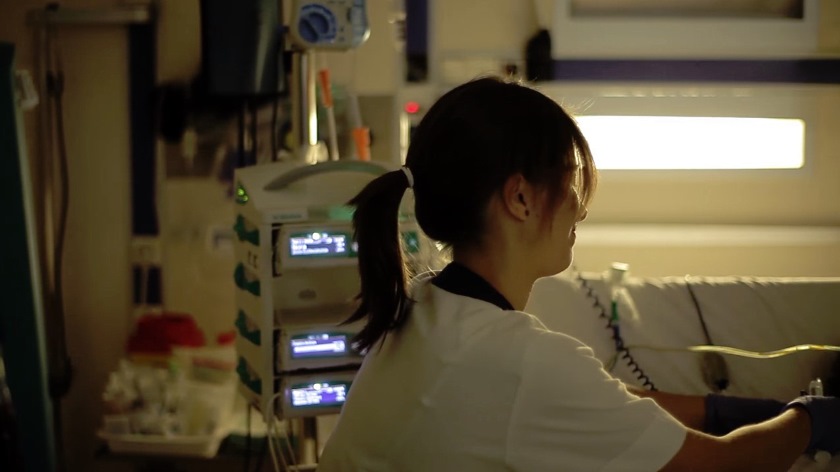 The operation involves the complete removal of the prostate gland and tissues located around it, such as the seminal vesicles and regional lymph nodes (radical prostatectomy). This surgery can be performed through the abdominal cavity (retropubic prostatectomy) or by an incision in the region between the scrotum and the anus (perineal prostatectomy) or laparoscopically (keyhole surgery). Currently, many laparoscopic interventions are successfully performed by robotic systems. Da Vinci system allows Spanish surgeons to perform prostatectomy with maximum precision and significantly reduce the risk of complications.

Radiation therapy is a very effective treatment, which can be applied before surgery or after the removal of a tumor. Depending on whether the tumor is limited to or beyond the prostate gland, irradiation is carried out in different ways. This may be a temporary implant of radioactive material near the tumor (brachytherapy) or a series of external radiation therapy sessions (EXBT).

The approximate cost of radiation therapy for prostate cancer in Spain is $ 10000-30000, depending on the technology used and the characteristics of a particular clinical case.

The evolution of the tumor is closely related to the action of testosterone, the male sex hormone. Hormone therapy is aimed at reducing the level of testosterone in the body or blocking the effect of this hormone on prostate cells. This is achieved through pharmacological treatment or surgical treatment — by removing the testes or their testosterone producing tissue (orchiectomy). The cost of drug treatment starts from $ 1500-2000 per course; orchiectomy is an irreversible procedure which can be much more expensive.

Hormonal therapies for prostate cancer treatment in Spain are used primarily as an adjunct to other methods, when the tumor cells have spread throughout the body or when there is a high risk of disease recurrence.