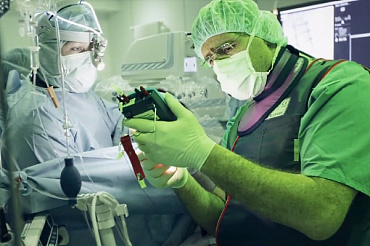 In an interview with the German press, an elderly woman told that she went to the clinic due to suspected gallstones.

But Stuttgart specialists surprised her with a huge tumor in the gallbladder, which almost blocked the bile flow from the liver.

She suffered from cancer and was too weak for chemotherapy. Therefore, doctors have decided on an innovative procedure, recently approved in Germany for the treatment of such tumors.

She was to become one of the first to try a unique PDT treatment.

The term “photodynamic effect” was first introduced in 1904 by Hermann von Tappeiner, the former head of the pharmacological institute of the University of Munich. Pharmacologist defined it as a "light-induced reaction of biological systems involving oxygen."

After basic research with various agents, local scientists recognized the therapeutic potential of photodynamic therapy (photodynamische Therapie). But real clinical interest in PDT arose only in the 1960s, when this method began to transform into a self-sufficient cancer treatment.

The main principle of photodynamic therapy is based on the selective accumulation of photosensitizers (photosensitive substances) inside the tumor after the intravenous administration of the drug. The causes of this phenomenon are quite complex, due to the presence of special receptors and the morphology of a cancer. At the cellular level, a photodynamic effect occurs when light is absorbed. The excited energy state of the photosensitizer molecule triggers the release of active oxygen. These aggressive radicals can destroy (oxidize) vital cellular structures, including organelles and membranes.

In addition to cellular damage, a few minutes after exposure to the light, a collapse of tumor vascularization is observed. This means that the tumor is deprived of blood supply. As a well-known side effect of PDT, doctors often observe skin photosensitivity reactions, which require isolation of the patient from the sun over the next 2-3 weeks.


Photodynamic cancer therapy is usually preferred for the topical treatment of small superficial carcinomas of the skin, as well as for endoscopy treatment of tumors inside hollow organs (for example, the bile ducts or the bladder).

The degree of tumor necrosis is determined by the properties of a particular photosensitizer (Photofrin, Photosan) and the depth of light penetration in the red spectral range. Today German universities conduct a number of clinical studies with various photosensitizers and PDT regimens.

Most experts recommend diode lasers as the optimal light source in the red spectral range.

Glass applicators for light treatment are developed in accordance with the geometry of the irradiated organ. Homogeneous illumination of complex surfaces is achieved with the help of fiber coupling microlenses (fasergekoppelte Mikrolinsen).

In the future, photodynamic therapy will develop in the direction of new photosensitizing agents, the design of emitters and combination with other methods of treatment. Researchers expect that PDT will be integrated into almost all protocols for treating solid tumors.

In Germany, PDT is actively used to treat early esophageal cancer with limited involvement of the mucous membrane, as well as precancerous lesions of the esophagus. In both cases, light therapy replaces radical surgery, which is now considered the method of choice in most countries.

The clinical use of PDT in gastroenterology is already impressive. In the international literature documented more than 500 examples of the use of this method for the treatment of tumors of the gastrointestinal tract. In the United States, PDT is primarily limited to palliative procedures.

Professor Jörg Albert, Head of the Department of Gastroenterology and Hepatology at Robert-Bosch-Hospital (Stuttgart), decided to put into practice the great achievements of his colleagues.

Prof. Albert's team administered an approved photosensitizing agent to the patient with gallbladder cancer and then irradiated the tumor with an endoscope. 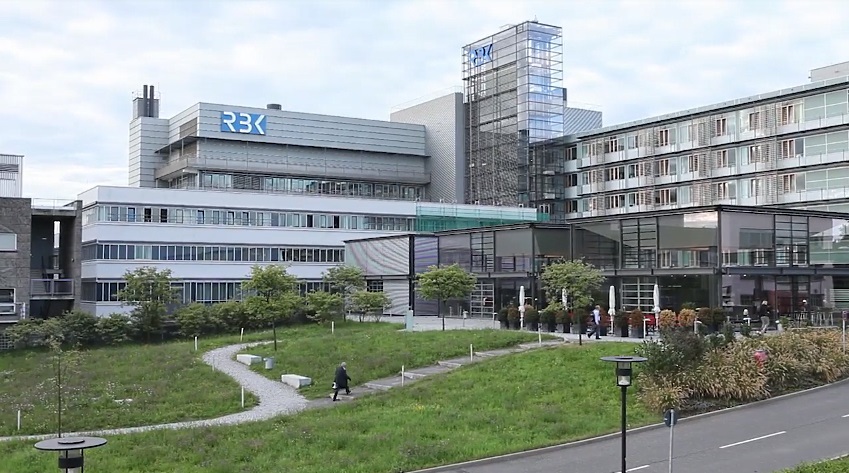 According to the doctor, the photosensitizer molecule itself is ineffective, but it makes cancer cells extremely sensitive to the light. Since, unlike the skin, the light does not penetrate into the internal organs, the tumor has to be irradiated endoscopically with a laser.

PDT is a more safe option compared to traditional chemotherapy. After all, the photosensitizer accumulates primarily in the tumor, and systemic side effects can be avoided. Doctors recognize that PDT cannot cure metastatic cancer, but it improves the quality of life and survival.

Gallbladder cancer is usually diagnosed in advanced stages. It does not cause discomfort and pain at the initial stage, so the chances of recovery are usually low.

The patient from Stuttgart tolerated a 1.5-hour surgery well. After the treatment, she will have to spend about 2 weeks in a darkened room to avoid PDT complications.

The bile flow has already restored, and the woman’s condition is quickly improving.

Today, scientifically based photodynamic cancer therapy in Germany is available in a few university hospitals and the largest private centers. The cost of the procedure varies greatly depending on the particular protocol and organ treated.