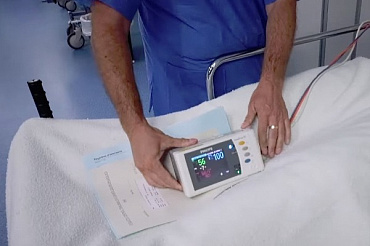 Nearly 8,000 people in Spain are diagnosed with pancreatic cancer each year.

The incidence will increase by 50% by 2030, according to the Spanish Society of Medical Oncology (SEOM).

As in most cancers, early diagnosis provides high survival rate.

However, most patients seek medical help too late. In metastatic pancreatic cancer, the average life expectancy of patients after diagnosis is only three months.

Despite all the advances of oncology, the effectiveness of pancreatic tumors treatment has not changed significantly over the past 20 years. Many patients can only access drugs that reduce their symptoms (palliative care). Surgery for metastatic cancer is ineffective.

There are more than a dozen excellent clinics where foreign patients can turn for quality treatment and a second opinion on this disease. We recommend the following:

Vall d'Hebron University Hospital is one of the largest academic hospitals in Spain (1146 beds) and the best medical institution in Catalonia. Founded in 1955, it hosts dozens of specialized units and centers, including several university teaching centers, public health service companies, research centers, laboratories and other complementary facilities.

Recently, Vall d'Hebron University Hospital has successfully performed the first intraoperative radiofrequency ablation of a locally advanced pancreatic adenocarcinoma in Spain. According to Dr. Ramón Charco, head of the Department of Hepatobiliary and Transplantation Surgery, this cancer type with an average survival of 11 months considered one of the most difficult.

MD Anderson Madrid was founded in 2000 as the first international subsidiary of The University of Texas MD Anderson Cancer Center in Houston. Its main activity is focused on the prevention, early diagnosis and treatment of cancer. In 2010, Grupo Hospiten acquired the clinic.

University Clinic of Navarra is the part of the Faculty of Medicine of the University of Navarra. In 2017, the Clinic expands its services by opening a new hospital complex in Madrid and thus becoming a single hospital, but with two offices. In 2018, CUN began construction of the most advanced Proton Therapy Unit in Europe in Madrid.

CUN is now considered one of the most technologically advanced cancer centers in Spain.

More than 95% of cases diagnosed with pancreatic cancer are classified as exocrine tumors. They originate from the exocrine cells that produce the pancreatic enzymes necessary for digestion. Most of these types of tumors are adenocarcinomas, that is, they grow from the glandular cells that line the pancreas. Less than 5% of cases are so called neuroendocrine tumors, also known as islet cell tumors. Islets are endocrine cells in the pancreas that produce insulin, glucagon, and somatostatin.

Pancreatic neuroendocrine tumors can be benign or malignant and tend to grow more slowly than exocrine tumors.

Neuroendocrine tumors can be:

• Functional, that is, hormone producing. In most cases they are benign.
• Non-functional: approximately 90% of these tumors are malignant.

In most cases, pancreatic cancer is diagnosed when the pain and digestive problems force the patient to visit the hospital.

Depending on the location of the tumor, the symptoms may vary, although they are usually nonspecific. The most frequent in this type of cancer are weight loss, dull pain in the upper abdomen, jaundice and intense itching caused by a blocked bile duct, nausea, and vomiting. Other symptom that may accompany this disease is abdomen swelling (ascites).

Spanish surgeons say that there are a very small number of resectable tumors that can be cured. Stage I and II tumors represent only 15% of cases. Of these, only 20% survive in the long term. But 85% of patients are diagnosed in very advanced, locally advanced or metastatic stages, whose survival without treatment does not exceed 3-4 months. The 5-year survival rate in no country in the world exceeds 10%. It is attributable to the fact that pancreatic cancer is often diagnosed in an advanced stage when surgical removal is not possible. This is the average survival, regardless of age, histological type or stage of the disease.

Survival in Spain is similar to the European average, which is 4% for men and 5% for women. However, patients who are good candidates for surgery have more than 30% chance of surviving more than 5 years after diagnosis. Early diagnosis is the key.

Comprehensive diagnostics may require the following services and tests:

Depending on the type and stage of tumor, one or more of the following may be applied:

Surgery is the best option to control all types of pancreatic cancer. Generally, removal is only possible when the tumor is localized. When it can be removed, it is called resectable. Sometimes Spanish doctors recommend palliative surgery. Its objective is to alleviate symptoms. This treatment is intended to relieve jaundice, pain, and nausea. The most commonly used palliative options are biliary bypass, gastric bypass, biliary and pancreatic duct stenting.

It is a method that uses high-energy X-rays (or other high-energy waves) to destroy malignant cells or prevent them from dividing. The therapeutic benefit of this technique in exocrine pancreatic cancer has been studied, but not in neuroendocrine tumors.

There are two different types of radiation therapy used in pancreatic cancer:

• External beam radiation therapy, which is the most commonly used.
• Internal radiotherapy, or brachytherapy, which involves the placement of a small amount of radioactive material near the tumor.

It is rarely used to treat pancreatic cancer.

In some cases, radiation therapy is used in combination with other chemotherapy regimens and / or surgery, so that better results can be achieved. Like other treatments, radiotherapy can cause certain side effects. Among the most common side effects are skin changes, nausea and vomiting, fatigue, weight loss, lack of appetite, diarrhea and decrease in the number of white blood cells. 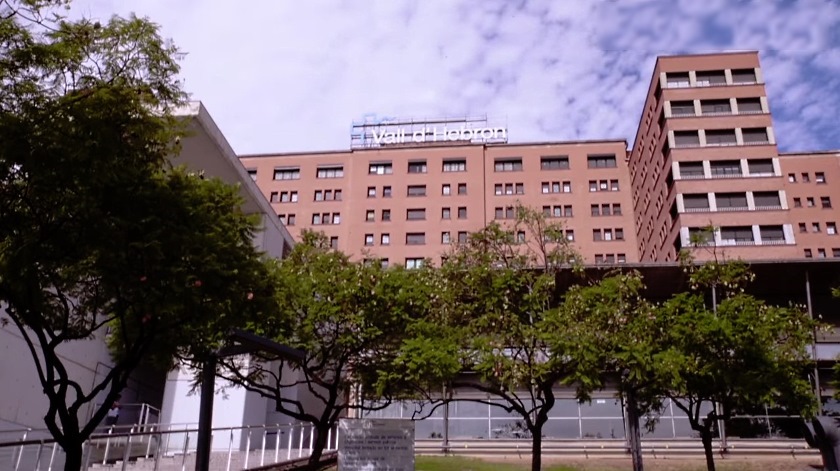 Usually these effects disappear within a few weeks after treatment. Currently Spanish cancer centers use intensity-modulated radiation therapy (IMRT), and CyberKnife. In a few years, proton therapy will be available in Madrid.

Chemotherapy agents are the drugs used to treat cancer, usually killing cells thus preventing them from growing and dividing. This type of drugs act systemically, that is, they attack cells that divide quickly, whether they are cancerous or healthy.

• Gemcitabine is a medicine that is used to treat different types of tumors. It is administered intravenously and metabolized in the gastrointestinal tract. Gemcitabine replaces one of the cell's DNA cytidine blocks during the replication. There are studies that show that there is a therapeutic benefit for patients who have undergone resection surgery for a pancreatic cancer.
• 5-fluorouacil (5-FU) is an agent that has been used as a first line of treatment for some types of pancreatic cancer, either alone or in combination with radiotherapy. It acts as an inhibitor of DNA replication, especially in cells that grow uncontrollably.

These drugs may be accompanied by some minor and serious side effects such as fatigue, neuropathy, taste changes, loss of appetite, and decreasing the number of red blood cells.

In November 2013, the European Medicines Agency (EMA) approved the use of an agent called nab-paclitaxel (Abraxane) in metastatic pancreatic cancer. Nab-paclitaxel belongs to the taxanes that are widely used in chemotherapy.

Targeted therapy is a type of cancer treatment that attacks only those cells that have certain specific marks of pancreatic cancer, causing little or no damage to healthy cells.

Even after the complete treatment, there is a risk of cancer recurrence. Its early detection allows starting a new therapy that will ease the symptoms and improve the patient’s quality of life.

Follow-up examinations usually include the following:

• Computed tomography (CT) of the abdomen
• Lab tests that indicate the functioning of the liver, kidney and other organs
• Chest x-ray to check for lung metastases of pancreatic cancer
• Abdominal ultrasound to visualize lesions in the liver

Unfortunately, even the best and most expensive pancreatic cancer treatment in Spain, as in any other country, does not provide a 100% guarantee. It is very important to continue monitoring in order to detect the recurrence of the disease timely and take action.