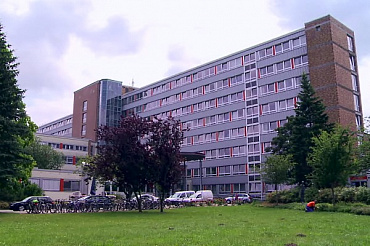 Innovative pancreatic cancer treatment in Germany is considered one of the best in the Western world.

In addition, German clinics are much more affordable compared to the United States.

About 4 out of 5 cases are pancreatic adenocarcinoma (exocrine cancer).

So called pancreatic neuroendocrine (islet) tumors are much less common and respond well to treatment.

Unfortunately, exocrine pancreatic cancer is usually diagnosed at later stages, so it remains one of the most deadly oncological diseases.

According to statistics, only 1 out of 4 patients survive a year after the initial diagnosis. Five-year survival in exocrine pancreatic cancer is only 5%, in neuroendocrine tumors - about 70%.

Especially if they are helped by talented doctors and high technologies.

One such miracle is the story of the 42-year-old British doctor Michael Barsby. The tumor surrounded the vital vessels, and local surgeons refused to operate it. Michael was told he had just 2 months to live without surgery. Being a doctor himself, brave patient turned to Heidelberg University Hospital for help. It is considered one of the best pancreatic cancer surgery centers in Germany.

Heidelberg surgeons performed a risky procedure successfully. After the surgery and a course of adjuvant chemotherapy, Michael not only survived, but also completely got rid of cancer. Today doctor Barsby has returned to active and colorful life.


Cost of pancreatic cancer diagnosis and treatment in Germany

Despite very high rates of treatment success, German cancer centers are much cheaper than American or even British ones. This applies to both procedures and medications.

The choice of therapeutic options depends on the stage of the disease, the localization and size of the tumor, as well as on the patient's condition and other individual factors. Modern options include surgery, chemotherapy and / or radiotherapy, as well as biological target therapy.

The therapeutic approach is considered by German oncologists, if the disease is detected in the early stages and there is a chance of “complete cure”. Otherwise palliative approach is recommended.

Surgical methods of pancreatic cancer treatment are subdivided into palliative options and potentially curative options. Unfortunately, at the time of initial diagnosis, the tumor is usually extended beyond the pancreas and can’t be removed completely.

Removing a part of the tumor does not prolong life.

This is why surgical removal of the tumor is only indicated in cases where complete removal is possible.

This is a technically complex and risky procedure, which require weeks and months of recovery. The success depends on the modern equipment and the experience of the medical staff. When planning cancer treatment in Germany, we recommend choosing the largest and most innovative centers to maximize your chances.

This procedure is also known as pancreaticoduodenectomy. The Whipple procedure is the most common surgery to remove exocrine tumors. 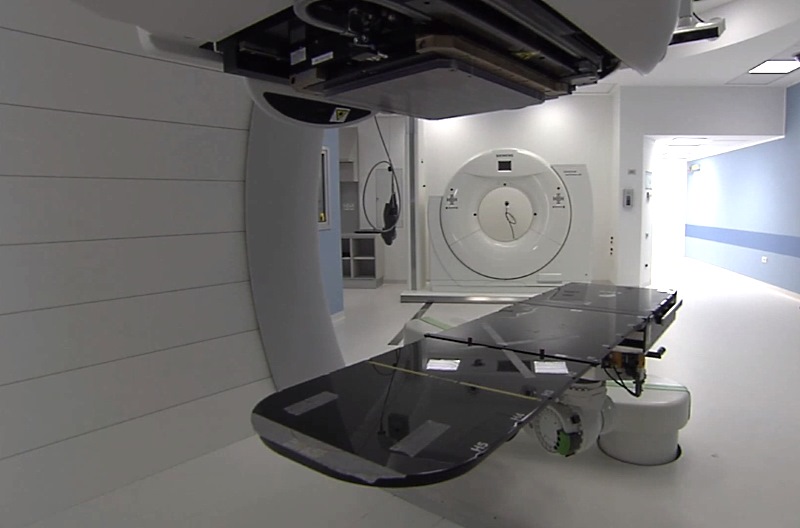 During this operation, the head of pancreas (in some cases, also the body) is removed along with gall bladder, part of the intestine, part of the stomach and the nearby lymph nodes. The remaining parts of the digestive system are attached to preserve their functionality. Usually the procedure requires a large incision, but some German clinics perform pancreaticoduodenectomy laparoscopically (keyhole surgery).

Surgical removal of the tail of the pancreas and the part of it’s body, sometimes along with the spleen. This procedure is often prescribed for endocrine tumors of appropriate localization. Removal of the spleen weakens the immune defense: vaccination is recommended.

In operable exocrine tumors, German doctors sometimes recommend complete removal of the pancreas along with the gall bladder, spleen, part of the stomach and intestine. This surgery leads to serious lifelong complications, including immunodeficiency, diabetes mellitus and dependence on pancreatic enzyme pills for digesting food.

In the late stage of the disease, when complete removal of the tumor is impossible, it's time to consider a palliative approach to alleviate the symptoms and prolong the patient's life.

When the tumor compresses the bile duct, surgeons install a stent, a metal tube that keeps the duct open. Minimally invasive procedure is performed using an endoscope with no blood or incisions.

If the patient is healthy enough, a bypass surgery may be required to redirect the flow of bile to the intestine. It is much more complex intervention, but German surgeons perform it safely.

RFA is based on the use of high-energy radio waves, which cause the heating and death of malignant cells. During RFA, the surgeon inserts a special probe right into the tumor. Radiofrequency ablation is suitable for the treatment of small tumors.

This innovative method is based on freezing the tumor with extremely low temperature gases. Cryoablation can be used to treat relatively large pancreatic neoplasms.

During the embolization, the surgeon blocks the vessel that feeds the pancreatic tumor.

Modern approaches include the "sealing" of the vessel with highly toxic chemotherapeutic agents (chemoembolization) or radioactive microspheres (radioembolization).

High-energy x-rays and accelerated particles successfully fight cancer cells in any organs and tissues. Radiation therapy is usually combined with other methods of treatment, helping doctors to deal with resistant and inoperable tumors. Radiotherapy after surgery (adjuvant therapy) prevents the return of cancer.

Before the surgery, this method is used along with chemotherapy to reduce the neoplasm and increase the chances of success (neoadjuvant therapy). In the later stages, radiation therapy helps to reduce symptoms and prolong life. 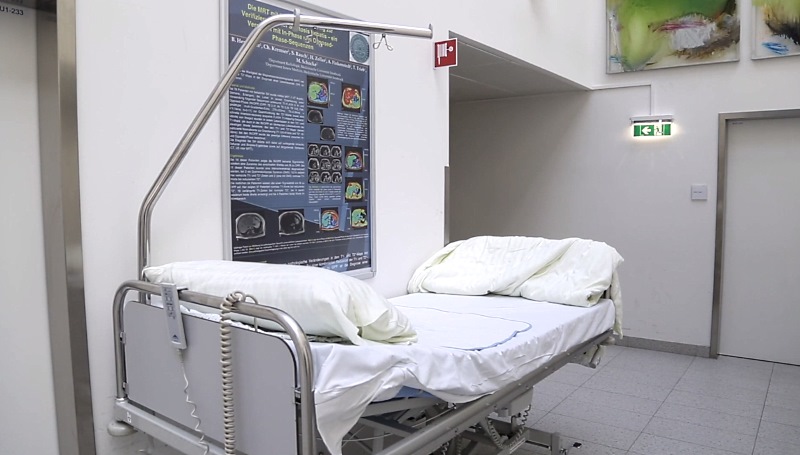 
Chemotherapy for pancreatic cancer in Germany

Chemotherapy is aimed to kill cancer cells throughout the body. For example, cytostatic agents are effective against rapidly dividing cells. Cure of pancreatic carcinoma only by the introduction of cytostatic is impossible. With locally advanced cancer, the doctor may consider administering chemo before surgery.

Postoperative (adjuvant) chemotherapy is prescribed in most cases. It is directed against the remaining tumor cells. Studies show that it significantly improves survival.

To achieve the maximum possible effect against tumor cells and reduce the risk of unwanted reactions, oncologists try combinations of cytostatic and other agents. Chemo is carried out by cycles with long periods of rest between them. The number of cycles in each case depends on the patient condition and the tumor respond.

Currently, the standard of pancreatic cancer treatment in Germany is chemotherapy with gemcitabine or 5-fluorouracil after surgery. In advanced stages or metastatic cancer, different combinations are considered depending on general condition of the patient.

Another widely used combination is gemcitabine + erlotinib, which is well tolerated. Gemcitabine is also combined with another chemotherapeutic drug nab-paclitaxel. However, this combination, as well as FOLFIRINOX (5-fluorouracil / folic acid, irinotecan, oxaliplatin) causes numerous serious side effects.

The therapeutic efficacy of gemcitabine may decrease over time due to tumor resistance. Since 2016, it is recommended to combine gemcitabine with nanoliposomal irinotecan to avoid resistance. Possible side effects of chemotherapy include hair loss, nausea and vomiting, diarrhea, ulceration of mucous membranes, severe infections, weakness, general malaise and blood count changes.

There are very effective medications to prevent or alleviate side effects of chemo.

Antiemetics help against nausea, blocking the emetic center of brain. Erythropoietin (EPO) is highly effective against anemia and weakness. EPO promotes formation of erythrocytes and improves the supply of cells and tissues with oxygen.

A new generation of biological agents is fundamentally different from standard chemotherapy. Targeted agents used in Germany are aimed at specific molecules of tumor cells, therefore, they cause less damage and less side effects.

Erlotinib hydrochloride (Tarceva) is a target drug that is aimed on the growth factor receptors of tumor cells, EGFR. It remains effective even in cases resistant to chemotherapy. Tarceva may be used along with gemcitabine to treat advanced pancreatic carcinoma.

Dozens of options, hundreds of medicines, thousands of patients...

Applying for the treatment of pancreatic cancer in Germany, you can be sure of the high competence and responsibility of medical staff. Perfect statistics is the best argument.