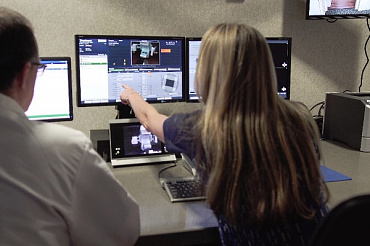 Innovative ovarian cancer treatment in Germany gives patients hope even in difficult and late diagnosed cases of the disease.

Ovarian cancer is considered one of the most aggressive tumors and is the second most common malignant disease of the female reproductive system.

The main problem with this tumor is that it is usually discovered very late.

In the early stages of the disease, the specific symptoms in most cases are absent.

Learn more about ovarian cancer diagnosis and treatment in Germany.


How common is ovarian cancer?

Malignant ovarian tumors, which originate from the reproductive cells of the female body, are relatively common and difficult to treat.

According to the Robert Koch Institute Berlin, in 2014, around 7,250 women were diagnosed with malignant changes in the ovaries in Germany. The relative five-year survival is about 42%, and the mean age of onset is 70. About one in every 70 women gets ovarian tumor during their lifetime.

Due to the similarity in their biological behavior, ovarian cancer, tubal cancer and primary peritoneal cancer treated by with similar methods and drugs.


The diagnosis of ovarian cancer

The diagnosis is usually confirmed only during the surgery. However, if the suspicion arises, some exams are carried out in advance. Using modern imaging techniques, the physician can visualize the ovarian mass and recommend a biopsy.

The most important stages of the diagnostic process include:

Further investigation may be needed to check whether the tumor has spread to distant organs, such as laboratory tests, and magnetic resonance imaging (MRI). Once all necessary examinations have been completed, appropriate treatment measures can be taken. The overall cost of diagnosis is 6-10 thousand dollars.

When all the test results are available, the treatment options can be discussed. The key treatment is a radical surgery aimed at removing all tumor-affected tissue.

To ensure the diagnosis, the affected ovary is removed and delivered for examination to the pathology lab. The pathologist examines the tissue confirming cancer. Only if the diagnosis is confirmed, surgery will be continued according to the guidelines. The aim of the surgery is to completely remove the tumor.

Usually both ovaries and fallopian tubes, the uterus, and parts of the peritoneum are removed. Surgeons try to detect all affected sites during the operation. For example, sometimes parts of the intestine to be removed to completely eliminate the tumor.


If only one ovary is affected and the tumor is very limited and non-aggressive (G1), a fertility-sparing surgery can be performed if the patient wants to have children. Surgeon leaves the uterus and the second ovary to preserve fertility. The complications depend on the type of surgery performed. As this is a very extensive and risky procedure, it should be carried out in a specialized center with sufficient surgical experience.

We recommend the following German clinics:

When choosing the best clinic for ovarian cancer treatment, look for the certificate and a surgical experience in treating a particular disease. This information is available on the official websites of local clinics and government agencies. According to research, surgical experience is correlated with patient survival. Take this into account.

If the histopathology (biopsy) report is available after the surgery, the patients are usually treated with adjuvant chemotherapy. Only in low-grade tumors at a very early stage (IA) no additional chemotherapy is necessary. Chemotherapy is used to kill remaining malignant cells by cytostatics. Cytostatics work well against rapidly growing cells, including high-grade ovarian tumors. The type of chemo depends on the physical condition and comorbidities.

The standard therapy for ovarian cancer consists of a combination of two drugs (carboplatin and paclitaxel) given in six cycles at three weeks intervals.

The approximate cost of chemotherapy is $2,000 or more.

As an alternative, the combination of cytoreductive surgery (CRS) and hyperthermic intraperitoneal chemotherapy (HIPEC) is currently being discussed by oncologists. This therapy is typically used after the first 3 cycles of chemotherapy. CRS removes all visible metastases in the abdominal cavity. Then HIPEC should destroy the invisible metastases in the abdominal cavity (also knows as peritoneal carcinomatosis). The heating of cytostatic agents increase the effectiveness and improve the tolerability.

According to the latest European studies, HIPEC prolongs median recurrence-free survival of patients with advanced ovarian cancer from 10.7 months to 14.2 months. Overall median survival increased from 33.9 months to 45.7 months.

This improvement has been achieved without additional toxicity.

HIPEC is a very expensive procedure, which can cost 40-50 thousand dollars.

Targeted therapy with the monoclonal antibody and angiogenesis inhibitor bevacizumab can extend the time to cancer recurrence. Tumor needs to create new blood vessels (angiogenesis) to survive. Bevacizumab hinders the neoplasm of blood vessels, which in turn can affect the ability to grow. In the advanced stage (IIIB) bevacizumab can be administered according to the current European guidelines in addition to carboplatin and paclitaxel.


Thereafter, antibodies are given as monotherapy for a total of 15 months.


How is a cancer recurrence treated?

Despite surgery and chemotherapy, there is a high risk of cancer recurrence. Then there is a palliative situation: if cancer can not be cured, the therapy is aimed at stopping the tumor for as long as possible, relieving pain and prolonging the survival. 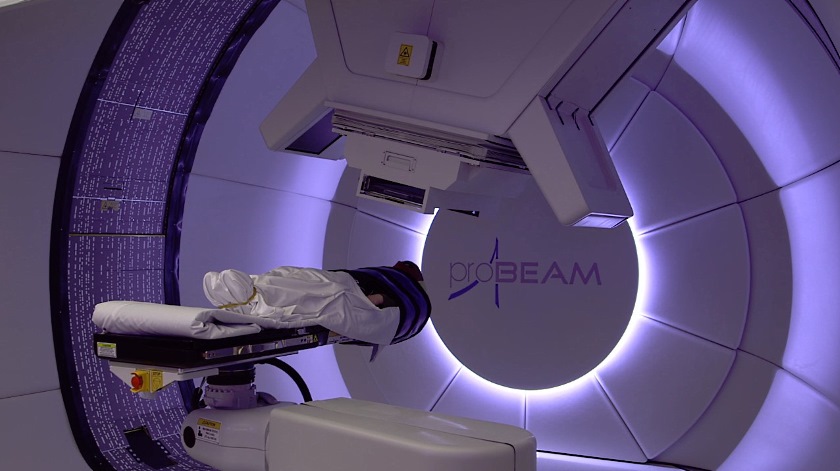 Depending on clinical situation, surgery can be performed again and then platinum-based combination chemotherapy can be used to improve results. Second surgery is recommended if there is a good chance of complete removal. If the relapse occurs less than half a year after the surgery and completion of the first chemo, the tumor doesn't appear to respond adequately to platinum-based drugs.

In this situation, chemotherapy with pegylated liposomal doxorubicin or topotecan or paclitaxel (weekly) is used. If bevacizumab has not been administered during the initial therapy, it may be combined with agents listed above.

When the first therapy was considered effective, second therapy with carboplatin in combination with pegylated liposomal doxorubicin, gemcitabine or paclitaxel may be recommended again. The longer the disease-free interval until a relapse becomes detectable, the higher the response rate to a renewed platinum-based therapy. Bevacizumab may also be administered in combination with carboplatin and gemcitabine.

Chemotherapy is constantly being improved, and European scientists are conducting dozens of promising clinical studies in this area. It is always good idea to ask your doctor about new treatment regimens available at the clinic.


Aftercare and cancer rehabilitation in Germany

Following discharge from the hospital, follow-up care may be provided.

There are specially equipped cancer rehabilitation clinics in Germany, where you can restore your health and get the help you need. If the surgery have caused considerable damage, follow-up care can be performed in a suitable rehabilitation clinic in the first few weeks after completion of the therapy.

The follow-up includes regular check-ups to detect a relapse or distant metastases in time. An important concern of the aftercare is also to reduce fears in the patients and to improve the quality of life. How often the doctor wants to see you depends on your clinical situation.

The most important follow-up examinations are:

In case of complaints or abnormal findings, laboratory tests, further ultrasound examination and X-ray, possibly also a computed tomography, can be carried out.