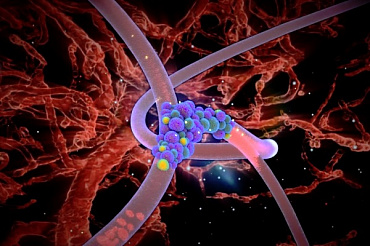 The development of new cancer treatment drugs in Germany has the highest priority for the companies, scientific institutions and the government of the country.

Thanks to enormous investments and high scientific and technical potential, Germany can annually introduce about 10 new products for the diagnosis and treatment of malignant tumors.

At the same time, work is underway to expand the use of approved medicines for other cancer types or stages.

The effectiveness of local oncological care is impressive: in 1980, 270 thousand new cases of cancer have been reported, and 200 thousand Germans died from it. In 2014, the number of new cases has already exceeded 470 thousand, with the number of deaths only 223 thousand.

Innovative drugs and methods of treatment have reduced mortality significantly.

The survival of children with acute lymphoblastic leukemia (ALL), a disease that is highly dependent on drug treatment, is impressive. In 1960s, the 5-year survival rate barely exceeded 20%.

These days, over 90% of German patients with ALL have been living for more than 15 years.

An important role in this victory was played by chemotherapy and targeted agents. According to statistics from insurance companies, medications account for more than 15% of the total cost of cancer treatment.

In 2017, 11 anticancer drugs based on fundamentally new active ingredients appeared on the German pharmaceutical market. Some of them are stimulate the immune response to cancer. Others joined the family of cytostatics, which act by interfering with the DNA of malignant cells.

Until September 15, 2018, the local regulator approved six more new drugs, most of which are intended for treatment, and one for the diagnosis of cancer. Many modern drugs are based on CAR T-cell therapy, that is, on the patient's genetically modified T-lymphocytes, aimed at a specific tumor.

It is no secret that today the leading countries of the European Union, including Germany, strive to develop their own CAR T-cell therapy making it cheaper than in the US.

Do you want to know what to expect from German oncology in the near future?

We have prepared a short list of anticancer drugs, pending approval in 2019 and beyond.

Original product for the diagnosis of neuroendocrine gastroenteropancreatic tumors (GEP-NETs) SomaKit TOC developed by Advanced Accelerator Applications contains edotreotid. It is a drug with a new active ingredient (NME). Radioactively labeled substance selectively binds with somatostatin receptors of tumors, "highlighting" them during the scan.

The product for the treatment of cutaneous T-cell lymphoma Ledaga presented by Actelion (active substance chlormethine) is a synthetic drug that interferes with the process of reproduction of malignant cells binding to their DNA. Historically, chlormethine was one of the first systemic alkylating agents (Nitrogenlost), but is not currently used. A new drug Ledaga is a topical gel for application to the skin.

The drug for the treatment of neuroendocrine tumors Lutathera (Advanced Accelerator Applications) contains the active substance oxodotreotide on the basis of lutetium-177. This is therapeutic radiopharmaceutical, which is a radioactively labeled peptide with high affinity for somatostatin receptors type 2. Oxodotreotide delivers radioactive particles directly to malignant cells, almost without affecting the healthy tissues of the body.

Rubraca is an ovarian cancer treatment drug from Clovis Oncology (active ingredient rucaparib). It is a further development of the original Pfizer project. This is a drug with a new active ingredient, which is an inhibitor of PARP 1 and 2. Currently undergoing clinical trial of phase III. Rucaparib is being studied in the United States for the treatment of breast, pancreas and skin cancer.

Neratinib will be recommended for the treatment of HER2-positive breast cancer after treatment with trastuzumab. 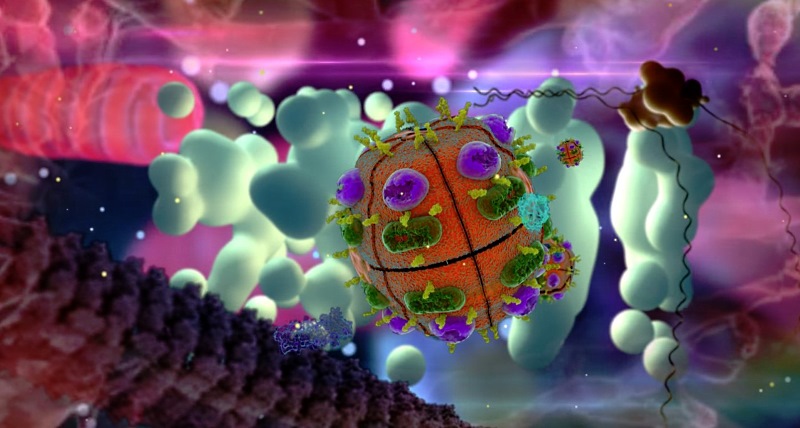 HER2 status test is required.

Drug against prostate cancer Erleada from Janssen-Cilag (apalutamide) is a non-steroidal second-generation competitive antagonist of androgen receptors. It is studied in non-metastatic castrate-resistant prostate cancer with high-risk. Apalutamide was already approved in the United States in February 2018.


The cost of treatment is the main problem

International pharmaceutical companies continue to market new products with unique advantages, but the cost of therapy remains very high – at least during the first year after introduction into practice. For example, immediately after the appearance Nexavar (sorafenib) for the treatment of advanced liver cancer cost about 5,000 euros per month, and the increase in life expectancy was only 3 months.

The total cost of treating one patient with cancer can reach 200 thousand euros, so today Germany is trying to reduce the cost of medications and optimize the cost / effectiveness ratio of cancer treatment.