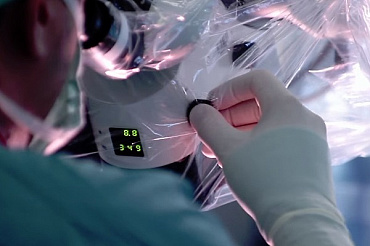 Innovative biological treatment of ovarian cancer in Israel with PARP inhibitors significantly increases survival in the late stages of the disease.

Thousands of women are diagnosed with ovarian cancer each year. 75% of cases are detected only at a late stage, and sometimes with distant metastases to the lungs and liver.

When the tumor is diagnosed at an advanced stage, only 30% of women survive for five years after diagnosis.

There are several types of ovarian cancer, among which the most common is epithelial cancer. These tumors are found in about 90% of patients, and most often occur in women after menopause.

Epithelial tumors grow in the outer wall that covers the ovary, or in some cases in the membrane of the abdominal cavity (the peritoneal membrane). Recent studies show that a significant proportion of epithelial ovarian tumors develop from premalignant stem cells.

A personal or family history of breast and / or ovarian cancer and a relatively early onset of disease may suggest an increased susceptibility to this disease due to genetic syndromes, most of which are related to mutations in the BRCA1 and BRCA2 genes. In carriers in these genes, there is a 25 to 50% lifetime risk of ovarian cancer which is combined with a 60 to 80% lifetime risk of breast cancer. Men can also be carriers of these mutations and these men are at increased risk of breast cancer, melanoma or pancreatic cancer.

The percentage of carriers of these genes among ovarian cancer patients in Israel is about 20%, while among the patients of Ashkenazi origin it can reach 40%.

Unfortunately, there is no effective test for early detection of ovarian cancer.

However, women who are at high risk of cancer should visit a gynecologist every six months. Regular check-up includes a gynecological exam, an ultrasound examination of the abdominal cavity, and a cancer antigen CA 125 blood test.

The latest research in oncogenesis may lead to the new lab tests for the diagnosis of ovarian cancer. For example, by taking a sample from the fallopian tubes, but this method is still in its infancy.

The symptoms of ovarian cancer are usually associated with a mass in the pelvis and / or abdomen that can cause pressure on the abdominal organs. There are non-specific symptoms such as bloating, abdominal pain or pressure, constipation or diarrhea, frequent or urgent urination, and sudden body weight fluctuations. But none of these symptoms are specific to ovarian cancer and most of them can occur with many other diseases. It was found that a combination of several symptoms increase the probability of cancer diagnosis. It is therefore recommended to seek medical attention as soon as possible.

When ovarian cancer is suspected, Israeli doctors use an ultrasound scan, a CT scan of the abdomen and pelvis, and a blood test for CA 125 to confirm the diagnosis. CA 125 is a tumor marker present in epithelial tumors, but it is important to note that it can also increase in other conditions.

The most common treatment for ovarian cancer is the combination of surgical treatment and chemotherapy. Surgical treatment involves the removal of the uterus, ovaries and fallopian tubes in order to completely clear the body of malignant cells and prevent cancer recurrence.

After surgery, adjuvant chemotherapy is usually recommended, except for relatively rare cases where the cancer has been detected at a very early stage.

Sometimes surgical removal of a tumor is impossible because it has penetrated into the adjacent organs and tissues. In women who have residual tumor after surgery, it is recommended to add biological treatment, including angiogenesis inhibitors.

These drugs inhibit the growth of blood vessels of the tumor and are found to improve disease-free survival in these patients. 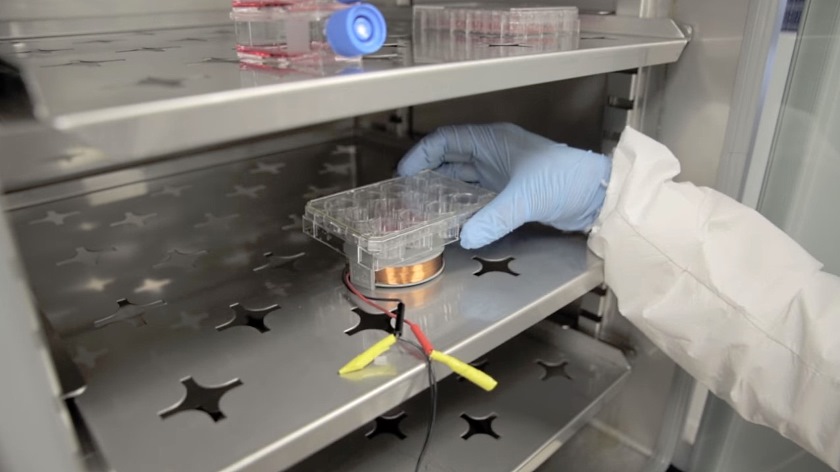 Sometimes it is recommended to provide neoadjuvant chemotherapy (3-4 cycles) before surgery. Most patients respond to initial treatment, but in about 75% cases the cancer recurs. Usually, a tumor appears in the abdominal cavity, requiring additional treatment or second surgery.

Recently, new biological treatments for ovarian cancer have been developed, which interfere with DNA repair mechanism causing cancer cell death. The fact is that in normal and malignant cells there are two mechanisms for DNA repair. The first is based on BRCA, and the second on PARP. In BRCA mutation carriers, this DNA repair mechanism is not active in tumors. In these patients, blocking the PARP mechanism will impair the cell's ability to repair DNA defects and lead to cancer cell death.

The first studies examined the efficacy of PARP inhibitors in ovarian cancer patients with BRCA mutations have found that disease-free survival is significantly improved in some women. In addition, it was found that the side effects of these biological drugs were relatively mild.

As a result of these studies, it was decided to approve PARP inhibitors for the treatment of ovarian cancer in Israel. Ongoing studies are examining whether a combination of PARP inhibitors with other biological treatments will improve the results, but these projects are still in their early stages.