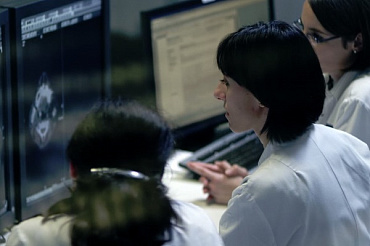 The Heidelberg University Hospital is developing new methods for molecular diagnosis of lung cancer in Germany, allowing doctors to prescribe personalized treatment for each patient.

Systematic data on genetic changes in the tumor are the basis of successful targeted therapy.

The team of Professor Albrecht Stenzinger together with the team of Professor Michael Thomas of the Thoraxklinik at Heidelberg University Hospital examined tissue samples from 3,000 patients with lung cancer using a combined analysis of DNA and RNA.

This diagnostics, which goes far beyond modern international diagnostic standards and guidelines, has allowed German scientists to identify patients at high risk at an early stage, to improve treatment and to develop fundamentally new therapeutic approaches.

The analysis of gene mutations is based on the so-called next-generation sequencing method, which includes the simultaneous analysis of millions of DNA and RNA fragments and requires a minimal amount of tissue.

The results of this world's largest study of combined genetic analysis of DNA and RNA in the routine diagnosis of non-small cell lung cancer (NSCLC) were published in the International Journal of Cancer.


Molecular data are crucial in the treatment of lung cancer

“Targeted therapy can be successful only if it is adapted specifically to the tumor of a particular patient,” says Professor Albrecht Stenzinger from the Center for Molecular Pathology.

According to the professor, in the near future we will see similar developments in the field of immuno-oncology.

We are talking about drugs that do not attack cancer itself but activate the immune response.

Genetic material was analyzed using next-generation sequencing. The analysis included DNA segments that stimulate tumor growth and serve as targets for various targeted drugs (eg, EGFR, BRAF) or include biomarkers that can provide a more accurate prediction of the response to immunotherapy. On the other hand, RNA sequencing was used to analyze the so-called gene fusions, changes that drive tumor growth. Currently, these genetic alterations are a target for tyrosine kinase inhibitors.

According to Professor Stenzinger, the analysis of gene fusions at the RNA level, in contrast to traditional diagnostic methods, is more sensitive and more accurate, because these genes are actually transcribed. They are really active.

This allows scientists, among other things, to identify high-risk groups.

Combined DNA / RNA analysis can be performed with the smallest amount of sample as part of routine diagnostics.

“Thanks to a more targeted choice of lung cancer treatment, the response rate to therapy and time without disease progression increases at least three times compared to chemo,” says Professor Michael Thomas.

Germany is a leader in molecular diagnosis of lung cancer

Lung cancer is the leading cause of cancer death worldwide, with about 85% of all cases of non-small cell lung cancer (NSCLC). Life expectancy at the late stage of the disease, despite modern chemotherapy, is less than 1.5 years. Some patients benefit from treatment with tyrosine kinase inhibitors, others – from immuno-oncological approaches, such as inhibitors of immune control points. To increase life expectancy, innovative therapeutic approaches and more advanced molecular diagnostics are needed.


“Our analyzes allow in-depth study of the molecular basis of each disease. This will not only improve the choice of treatment methods, but also to develop new translational approaches for the future,” says Professor Thomas. 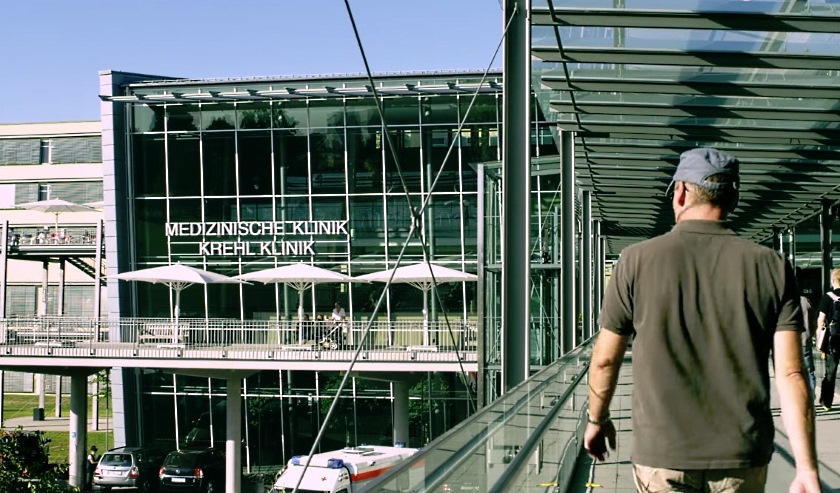 The Center for Molecular Pathology at the Heidelberg University Hospital is one of the leading European institutions in the field of molecular diagnosis of lung cancer. Thanks to the efforts of local scientists, the next-generation sequencing becomes part of the routine diagnosis and can be applied to various tumors.

Colleagues from the National Center for Tumor Diseases (NCT) in Heidelberg, the Freiburg University Hospital and the Lung Disease Centers in Esslingen and Lowenstein were also involved in a recently published project.

The University Hospital Heidelberg provides a platform for clinical trials.