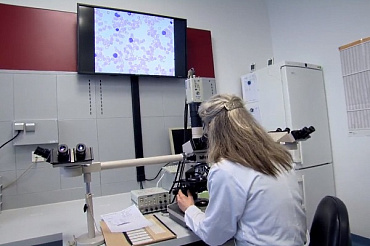 Microwave ablation for lung cancer (Mikrowellenablation) has been successfully used in Germany for the treatment of metastatic and inoperable tumors.

Lung cancer in the late stages is poorly amenable to surgical treatment.

This minimally invasive method has been actively studied in Germany for two decades, and today the MWA is offered by many university clinics and large private centers.

A unique procedure destroys tumor tissue, heating it from the inside with a special probe.

Tumors shrink, and patients usually get better. According to early statistics, more than 80% of patients with metastatic lung cancer live after the procedure for more than two years.


How is microwave ablation performed?

The principles of MWA are the same as in a microwave oven. High frequency vibrations stimulate hydrogen atoms in tumor tissue until it literally boils. Waves of different wavelengths cause tissue heating at different distances, providing better control of the therapeutic effect and the safety of adjacent healthy tissue.

According to Prof. Vogl from the Institute of Diagnostic and Interventional Radiology of the University Hospital Frankfurt, the temperature inside the tumor reaches 90-100 C.

Ablation is performed transcutaneously using a thin probe, which is inserted under the guidance of computed tomography. Irradiation takes 5-15 minutes. Thanks to local anesthesia with IV sedation, patients do not feel pain and tolerate the intervention well, recovering in a few days. Microwave energy is distributed evenly through the tissues around the probe, forming an ablation area of predictable size and shape. Unlike other methods of treatment, MWA does not depend on changes in the electrical resistance of tissues. It doesn't affect the temperature of circulating blood and does not require additional electrodes that sometimes cause a burn.


Thanks to the rejection of the use of high-frequency electric current, nervous and muscular reactions are absent. The high temperature inside the tumor and the safety zone of about 1 cm provide excellent clinical results.

The lung tissue, which consists of air-filled alveoli, is a good protective barrier, so surrounding tissues remain relatively safe. Clinical experience has shown that the risk of complications after microwave ablation of metastases is lower compared with radiofrequency ablation (RFA).

Moreover, MWA does not leave burns, which should heal for several years. The survival rate of stage IV lung cancer patients using this method is comparable to the results of surgery. The main feature of the microwave method is that it is suitable even for seriously ill elderly patients with insufficient lung function. They will not survive the surgery, but they may try MWA.

Theoretically, this technology is suitable for any primary tumors or metastases in the lungs, but the size and location of the tumor are critical to the success of therapy. Intervention may not be possible for very large neoplasms located in the central part of the lung.

• Pain after the procedure
• Inflammation and fever
• Pneumothorax
• Bleeding

Like any other invasive procedure, MWA always requires discontinuation of anticoagulants and aspirin in order to normalize blood clotting. Consult with your doctor in advance! The length of the hospital stay after the procedure is about 3-4 days. A follow-up visit is scheduled after 4-6 weeks to evaluate the results.


Advantages of MWA compared to RFA

Compared to other minimally invasive techniques, such as radiofrequency ablation or laser therapy, MWA has obvious advantages. For example, laser cannot be inserted into the small bronchi. According to German researchers, heating the tissues with microwaves triggers an active immune response to the tumor. High temperature increases the release and denaturation of tumor antigens that are phagocytosed by dendritic immune cells.

As a result, the patient seems receives something like a cancer vaccine.

At least, an unusually high survival rate after microwave ablation suggests the presence of immunostimulating effect.


The main advantages of MWA: 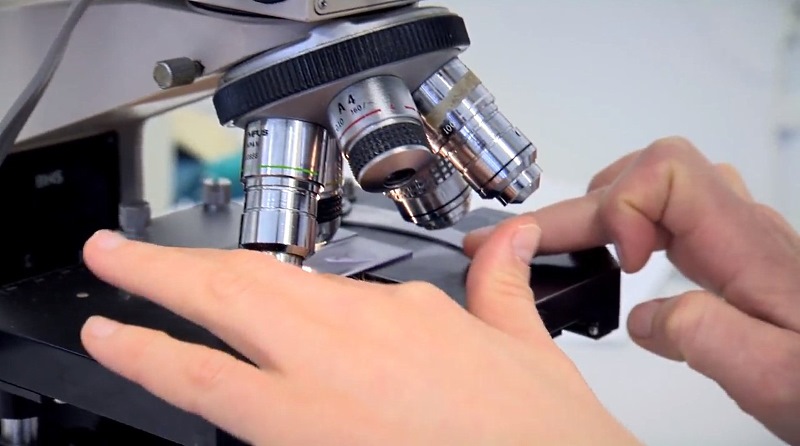 Modern equipment allows treating metastases ranging from 1 to 6 centimeters in size. This method also provides good clinical results for inoperable liver metastases and other malignant tumors (for example, recurrent retroperitoneal liposarcoma). Even with advanced forms of cancer, when complete cure is no longer possible, MWA allows you to delay the progression of the disease and prolong life significantly. Sometimes for years.


Where to get microwave ablation for lung cancer in Germany?

The opportunities of microwave cancer treatment have been studied at local institutes since the 1990s. One of the main MWA research centers in Germany is the University Hospital Frankfurt (Universitätsklinikums Frankfurt am Main). MWA is also offered at MediClin Robert Janker Klinik in Bonn, the University Hospital Nuremberg, Stuttgart Clinic, and the largest medical centers in Munich and Berlin.

The cost of the procedure is comparable to RFA and usually exceeds 10,000 euros.

This price varies greatly depending on your clinical case.