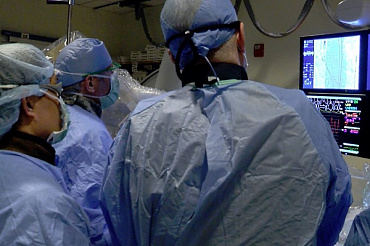 Cancer treatment in Switzerland is known for its high technical level and excellent clinical results; it is becoming increasingly popular with medical tourists.

Lung cancer, which is also known as lung carcinoma or bronchogenic carcinoma, affects 3,700 people in Switzerland every year.

About 90% of men and 60% of women affected are current or former smokers.

Smoking is considered one of the main lung cancer risk factors in Switzerland.

This country has created its own highly effective and modern system of treatment and early detection of bronchogenic carcinoma, resembling the German one. Treatment methods in these countries are very similar, and the quality of oncological care in leading hospitals in Switzerland is not inferior to German university clinics.

However, in some difficult cases, Swiss patients seek second opinion and treatment in German expert centers. This is very convenient due to the developed connections between neighboring countries and the German language of communication.

The obvious advantage of lung cancer treatment in Switzerland is the presence of several specialized clinics of premium class. The treatment here is very expensive, but it costs every dollar. In addition, the local mountain climate is great for rehabilitating patients after lung diseases.


What is lung cancer?

In bronchogenic carcinoma, certain cells of the lung degenerate and multiply uncontrollably. They form a mass that doctors call a malignant tumor (cancer).

For this disease, Swiss oncologists assume a multi-stage concept:

• The first stage of lung cancer is exposure to cancer-causing toxins
• In the second stage, the toxin damages the genome of the mucosal cell
• In the third stage, after a rest period (latency) of up to 30 years, the damaged cell changes: it divides uncontrollably and forms tumor in the lungs.

In lung cancer, cellular changes are observed mainly in the mucosal cells of the bronchi. The tumor is growing rapidly, occupying the lung, blocking the bronchi, affecting the work of blood vessels, nerves and neighboring structures. Early symptoms may resemble the common cold and go unnoticed. In the further course of the disease, people with bronchogenic carcinoma suffer from weakness, weight loss, hemoptysis, shortness of breath.

Swiss doctors sometimes discover lung cancer during an X-ray, which was done for another reason. Unfortunately, early diagnosis is difficult.

Physicians distinguish between two types of the disease: small cell (SCLC) and non-small cell lung cancer (NSCLC). This is important for the choice of further treatment.

The surgical removal is the primary goal of the NSCLC treatment.

Small cell bronchogenic carcinoma is less common, but more aggressive. In 80% of cases, doctors diagnose SCLC at a late stage, when metastases have already formed. Surgery is not an option for these cases. Small cell bronchial carcinoma is particularly sensitive to chemotherapy and radiotherapy. The prognosis is still unfavorable. The life expectancy mainly depends on the type of tumor and the stage.

In early stages of lung cancer, 40 to 50 percent of those affected survive the first five years.

There are several large private medical providers and university clinics that specialize in the treatment of lung cancer. Here, foreign patients can get high-quality oncological care and a second opinion of experienced specialists.


The University Hospital of Bern

This is a major academic hospital in Switzerland owned by Inselspital Foundation. The University Hospital of Bern cooperates closely in teaching and research with the Medical Faculty of the mentioned university. About 44,000 inpatients receive the best possible medicine and personalized care every year in so called "Health City" Inselspital. It offers highly specialized, tertiary medical services, including oncology, organ transplantation, etc.

Hirslanden is one of the best private clinics in Switzerland. It was opened in 1932. Today it has become one of the most popular medical institutions of the canton of Zurich with 19 thousand inpatients treated every year. The main areas of expertise include orthopedics, gynecology, visceral surgery, cardiology, internal medicine, urology, neurosurgery, and oncology.


The University hospital of Basel

Universitätsspital Basel (USB) is one of five university hospitals in the country and the largest medical institution in northwestern Switzerland.  With 7,200 employees, who treat about 38,000 people a year (2017) on an inpatient basis, USB is one of the largest employers in the region. the University Hospital of Basel is well known for its advances in oncology, including the treatment of lung cancer and neuroendocrine tumors.

If bronchial carcinoma is suspected, the diagnosis is based on imaging techniques such as chest X-ray and computed tomography (CT) of the lungs. In addition, the doctor performs bronchoscopy using a tiny camera to confirm diagnosis and identify the histological type of tumor.

For a further diagnosis and treatment physicians use the following tests:

• Computed tomography of the lungs
• Computed tomography of the head: symptoms such as headache, balance disorders, blurred vision, or paralysis may indicate brain metastases
• Ultrasound (sonography): using US examination of the abdomen, your doctor can exclude secondary tumors in the liver and other organs
• Bone scintigraphy: a radioactive substance is injected into the vein, accumulating in the bones affected by cancer
• Bone marrow biopsy: a bone marrow tissue examination should clarify whether there already metastases have settled.

The therapy choice for bronchogenic carcinoma depends on the stage of the disease and on the type of tumor. The reason is that the SCLC and NSCLC respond differently to the different therapies – especially chemotherapy.

If the tumor can be completely removed surgically, the chances of recovery are good. Surgery is possible as long as no secondary tumors (metastases) are present. 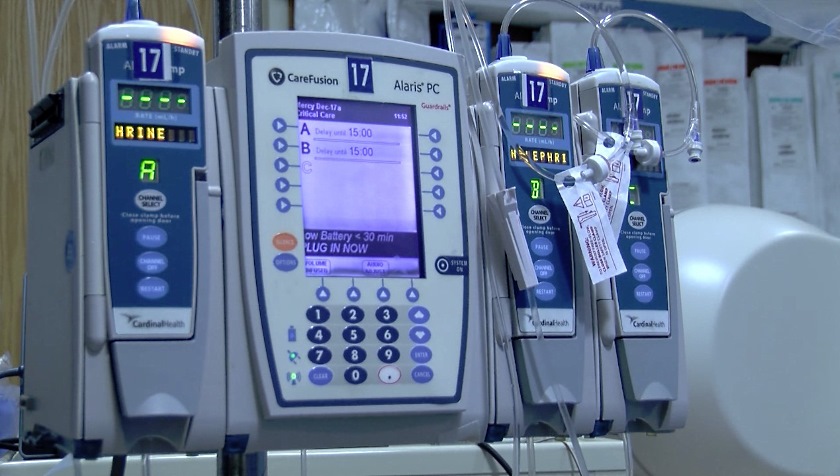 If the lymph nodes are affected or if the tumor has grown into adjacent tissues, radiation therapy may be useful after the surgery.

If distant metastases or particularly large inoperable tumors are present, in addition to the radiotherapy, systemic chemotherapy in used in certain cases. In some cases, patients with bronchogenic carcinoma receive chemotherapy or a combination of radiation and chemotherapy (so-called chemoradiotherapy). As a result, the tumor becomes smaller and then can be removed.

This approach is called neoadjuvant therapy. If there are already metastases in distant organs, the lung cancer treatment is usually limited to chemotherapy, sometimes in combination with radiation therapy.

SCLC patients are usually not candidates for surgical treatment. As we said above, at the time of diagnosis, these tumors have already formed metastases in 80% of cases.

Today almost all modern medications approved by EU regulators are available in Switzerland. Dozens of promising clinical trials are being conducted in the country. They allow patients to try the drugs of the future right now. In most cases, radiation therapy complements SCLC treatment. Radiotherapy can be combined with chemotherapy to relieve discomfort caused by the primary tumor or lymph node metastasis. Radiotherapy also aims to prevent brain metastases – this is done by irradiating the head. This prophylactic procedure is performed even in cases where there are no signs of metastases in the central nervous system.

In addition to these measures, SCLC surgery may be useful if the tumor is very small (it was discovered early). This is rarely the case with this form of lung cancer

However, history and prognosis depend on various factors, including:

Age and gender of the patient are also taken into account. For example, women tend to have a more favorable prognosis.

In lung cancer, life expectancy and chances of recovery are best at early stages: after five years, 40 to 50 percent of those affected still live with bronchogenic carcinoma. At later stages, however, life expectancy is very low.

In SCLC, the prognosis is usually unfavorable. Despite all the advantages of lung cancer treatment in Switzerland, most patients die within a couple of months. But even in these difficult cases, there are still chances of full recovery: in about 5% of cases, the tumor disappears after combined chemotherapy and radiation.

Moreover, in recent years, Swiss oncologists are actively using immunotherapy, which gives new hope even in the advanced lung cancer.