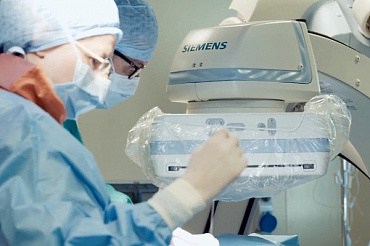 Lung cancer treatment in Italy is popular with foreign patients due to its very low prices, high professionalism of local doctors and good quality services.

Lung cancer is a malignant, uncontrolled growing tumor from the lung cells that can block the bronchi or cause pulmonary hemorrhage.

There is no single type of lung cancer.

There are different types of primary tumors depending on the type of tissue involved.

In addition, secondary tumors (metastases) from other organs can settle in the lungs. For example, breast cancer.

From the clinical point of view it is usual to distinguish two main types of lung cancer that together represent more than 95% of all the neoplasms affecting this organ: small cell lung cancer (also called microcitoma, 10-15%) and non-small cell lung cancer (the remaining 85%) Both types originate from the epithelial tissue covering the lung structures. The type of tumor largely determines the approach to treatment.

In recent years, there has been a moderate decrease in the incidence in men, but an increase in women: the explanation is related to the smoking habit, which decreases in men but increases in women.

According to the data available today, one of nine men and one of 36 women may develop lung cancer during their lifetime, while one in 10 men and one of 44 women may die from this disease. Lung cancer is one of the leading causes of death in industrialized countries, including Italy. In this country, lung tumors are the main cause of cancer death in men and the third in women (almost 34,000 deaths per year).

Oncological care in Italy meets the highest international standards. Many clinics and oncological institutes of the country are focused on the American standards of treatment and diagnostics. If you are interested in treating lung cancer in Italy, we recommend contacting one of the following centers. Here you will have a world-class highly qualified medical care.

The San Raffaele University Scientific Institute, better known as the San Raffaele Hospital, is a largest medical center (1,350 beds) that belongs to the municipalities of Segrate and Milan. In addition to the research departments, the best specialists in medical oncology and cancer surgery, hematology and bone marrow transplantation were concentrated here.

Lung cancer treatment is one of the main profiles of the center.

The European Institute of Oncology is a private hospital and scientific center in Milan, which is engaged in research aimed at improving the methods of diagnosis and treatment of each type of cancer. There are dozens of research groups that cover almost all issues of modern oncology. The Institute was founded in 1994, and today it has the status of IRCCS.

Niguarda is a historic hospital in Milan, founded in 1939. In 2011, the re-certification process was initiated, which confirmed the “vocation for the treatment of pathologies of medium and high complexity”. Oncology, including the treatment of lung cancer and colorectal cancer, remains one of the priorities of this center.

Humanitas Research Hospital is a highly specialized clinical and scientific research center and teaching site of the Humanitas University.

The hospital located in the municipality of Rozzano is recognized by the Ministry of Health as an Institute of Clinical and Scientific Care (IRCCS). Today, Humanitas is an international reference point in cancer and immunodegenerative diseases research. It is certified by the Joint Commission International since December 2002.

The Veneto Oncological Institute is a hospital structure located in Padua that carries out activities for the prevention and treatment of cancer, as well as scientific research (as part of the IRCSS network). The Institute is engaged in clinical trials of cancer treatments. In particular, Veneto coordinated the PER-ELISA national study on the use of letrozole and the combination of pertuzumab + trastuzumab as a neoadjuvant therapy for HER2-positive breast tumors.


Symptoms and diagnosis of lung cancer

Lung cancer in many cases remains asymptomatic in its early stages: it happens sometimes that the disease is diagnosed during examinations carried out for other reasons.

When present, the most common symptoms of lung cancer are:

• persistent cough that does not go away and even worsens with time
• chest pain that gets worse when you cough or when you try to take a deep breath
• poor appetite, weakness and fatigue
• frequent respiratory infections
• shortness of breath
• hemoptysis

The above symptoms may indicate other diseases, but they always require a visit to a specialist and a thorough examination. The tumor can also spread to neighboring structures (for example, lymph nodes, pleura and diaphragm). Subsequently, the tumor spreads through the hematogenous or lymphogenous pathways throughout the body, forming metastases.

Almost all organs can be affected, including the liver, brain, adrenal glands, bones, kidneys, pancreas, spleen and skin. This leads to specific symptoms, such as pain in the bones, jaundice, visible skin nodules, and neurological changes (headaches or dizziness).

If there are suspicious symptoms, it is important to contact your doctor as soon as possible. The specialist will assess your condition and conduct further in-depth examinations (chest X-ray, CT, MRI, bronchoalveolar lavage). Sputum cytology plays an important role in the diagnosis of lung cancer.

The cost of diagnostic tests in Italy is relatively low:

Bone scan (skeletal scintigraphy) is commonly used to assess whether a disease is spreading to the bone. Pulmonary function tests are especially important if we consider the possibility of surgical intervention to remove part of the lungs. During the examination of tissue samples, it is possible to determine the presence of certain targeted molecules on tumor cells, which is an important practice in the era of so-called “smart drugs”. These molecules are targets for the highly selective therapy, and their presence or absence helps the oncologist to choose the optimal treatment for each patient.

The therapeutic approach depends on the patient's condition and on the type of disease that we face: small cell (SCLC) or non-small cell cancer (NSCLC).

The main treatment option for small cell lung cancer is chemotherapy. This choice is explained by the fact that SCLC usually responds well to the cytostatics available today. Often at the time of diagnosis, there are already metastases in distant organs and, therefore, surgery cannot be considered an effective approach. The most commonly used drugs are platinum derivatives (cisplatin, carboplatin), cyclophosphamide, doxorubicin, gemcitabine, and others.

Chemotherapy in Italy costs $ 2,000 per course or more.

Radiation therapy is also used for this type of cancer in combination with chemotherapy or after chemotherapy to eliminate residual tumor cells. Brain irradiation is often prescribed to reduce the risk of metastasis (prophylactic cranial radiotherapy) or for palliative purposes (to alleviate the symptoms of metastatic cancer). Surgical treatment involves the removal of a tumor by excision of the affected part or the whole lung (lobectomy, pneumectomy). Surgery is performed relatively rarely.

The biological therapy based on drugs that have a specific molecular target, is still being studied for the treatment of this type of cancer, as well as immunotherapy already in use for other malignancies.

In NSCLC, surgery is the treatment of choice if distant metastases are already present. Since parts of the lungs are surgically removed, it is important to evaluate the functions of the lungs before surgery, to be sure that there will be no breathing problems later.

Radiation therapy is used alone or in combination with chemotherapy in cases where it is impossible to perform surgery due to the tumor features or the patient’s condition. In some cases, internal radiation therapy (brachytherapy) is used: small radioactive microspheres are inserted directly into the tumor, where they irradiate and destroy the cancer cells. Chemotherapy is usually based on the combined use of several drugs (carboplatin, taxanes, gemcitabine, etoposide, irinotecan). It plays an important role in the treatment of this type of cancer, especially in advanced cases.

As for biological drugs, good results have been obtained with the following drugs:

In some cases, Italian doctors use focal treatment, such as radiofrequency ablation (destruction of the tumor by heating), photodynamic therapy (administration of a photosensitizing agent followed by irradiation of tumors with ultraviolet light), and laser therapy.