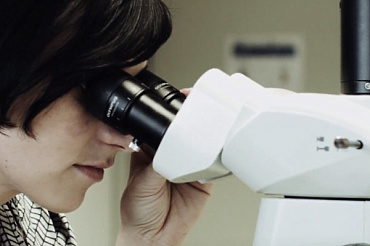 Hundreds of foreign patients from Europe, America, the former USSR and Asia seek lung cancer treatment in Austria and a second opinion from local experts.

In Austria, about 4,500 people develop lung cancer each year. Although more than 2,800 cases are males, the incidence among women is steadily increasing due to the popularity of smoking.

Lung cancer is one of the most deadly cancers in the world: about 1.6 million people die from it every year.

Nevertheless, new treatments and innovative approaches to diagnosis provide hope for a significant improvement in clinical results in the near future.

There are two main types of lung cancer.

Risk factor number 1 is smoking and passive smoking. About 90% of men and 40% of women with lung cancer actively smoke. Smoking 20 cigarettes a day increases the risk of the disease by about 20 times, but passive smokers are also at risk. Toxins of tobacco smoke in the workplace, such as asbestos, quartz and nickel dust, as well as other airborne pollutants, are responsible for 15% of lung cancer cases in Austria.

Heredity / genetics plays a minor role in the development of this disease.

The prognosis for lung cancer is very poor, and largely depends on the histological characteristics of the tumor, the stage of the tumor at the time of diagnosis and the patient's condition.

There are many clinics in Austria where qualified lung cancer treatment can be provided, however, only leading university clinics and large private clinics (most of them in Vienna) really succeeded.

The cost of treatment and diagnosis is comparable to German clinics.

The Comprehensive Cancer Center (CCC) of MedUni Vienna and AKH Vienna brings together professional groups of these two leading institutions that treat cancer patients, study new drugs and treatments and train specialists in this field.

The treatment of lung cancer in this clinic is supervised by the world-famous thoracic surgeon, Professor Walter Klepetko. All types of lung surgery, modern radiation therapy technologies (gamma knife), the latest chemotherapeutic and targeted biological preparations are available at AKH Vienna.

Kepler University Hospital is the home of a specialized Lung Cancer Center that provides world-class services in the field of pulmonology, oncology, thoracic surgery and radiation therapy.

The constant pursuit of improvements, intensive training of employees and clear treatment processes are important part of the quality and risk management. The Lung Cancer Center of the Kepler University Hospital Linz is aligned to the strict criteria of the German Cancer Society (DKG) and is proven to be top-notch medicine and the greatest possible safety in the treatment of its patients.

A growing tumor sometimes causes a cough, but for a long time the disease may be asymptomatic. Unfortunately, there is no reliable test for the early detection of lung cancer. Because of the asymptomatic course, sometimes this disease is detected by chance. If you are a smoker, we recommend consulting with a specialist when the first suspicious symptoms appear.


The destruction of small capillaries by the tumor leads to blood in the sputum. Tumors that sit on the edge of the lung do not cause any complaints for a long time. When they affect neighboring structures, patients may complain of chest pain, which increases with deep breath and coughing.

Cough usually occurs in the advanced stages of cancer.

When the tumor grows into the area between the two lungs (mediastinum), hoarseness can occur as a result of damage to the nerve of the vocal cords. If the phrenic nerve is affected, it causes shortness of breath and hiccups. The spread of the tumor to the pericardium is manifested by effusion and acute heart failure. Involvement of the esophagus causes dysphagia.

Tumors of the lungs early affect the lymph nodes. Cancer cells are spread by the lymphogenous and hematogenous route through the body, giving rise to metastases in liver, brain, adrenal glands, and bones. Secondary tumors in the brain lead to dizziness, headache, seizures and paralysis. Skeletal metastases cause fractures and pain, and liver metastases are manifested by jaundice.

If lung cancer is suspected, Austrian doctors recommend several high-tech studies to confirm the diagnosis, as well as to determine the cancer type, the stage of the disease and the possibility of performing a surgical resection.

Diagnostic visualization. If lung cancer is suspected, chest x-ray is taken. Tumors can be visualized as multiple lesions, as a dense tissue, or atelectasis (a non-ventilated department of the lung) as a result of bronchial obstruction. CT and bronchoscopy confirm the suspected diagnosis. Bone scintigraphy and ultrasound of the abdomen serve to detect metastases.

Biopsy. A tissue sample must be taken directly from the tumor to determine its histological structure. Further treatment tactics depend on the biopsy results. The doctor takes a tissue sample either during bronchoscopy or by surgical removal of an enlarged lymph node.

Depending on the size, degree of differentiation and spread of the tumor, as well as the condition of the patient, several treatments are combined or used sequentially.

Surgical removal. Non-small cell lung cancer can often be cured surgically, while it has not yet formed distant metastases and has not spread through the lymphatic system. In this case, up to 70% of patients survive for 5 years. Depending on the size and location of the tumor, the possible options include the removal of the affected lobe (lobectomy) or the entire lung (pneumonectomy). Of course, such treatment is possible only if the remaining lung can provide the body with enough oxygen after surgery.

Radiation therapy. With extensive lymph node involvement, Austrian doctors usually irradiate the lungs 4-5 weeks after surgery. This so-called adjuvant radiotherapy is also carried out if part of the tumor could not be removed during the surgery.

Radiation plays an important role in palliative care. Cancer symptoms, such as hemoptysis, dyspnea, coughing or chest pain, can be significantly alleviated with radiation therapy. It can be performed even in cases where the patient’s condition is very poor.

Chemotherapy. Chemo may accompany surgical removal of the tumor and radiation therapy or is considered as the only treatment. The decision about which combination of cytostatic agents makes sense in a particular case depends on the stage of the cancer, the type of tumor and the condition of the patient. Adjuvant chemotherapy begins 4-6 weeks after surgery and always includes cisplatin with other agents, depending on the treatment protocol. Combinations of cisplatin with taxanes (docetaxel), a topoisomerase II inhibitor (etoposide), a pyrimidine analogue (gemcitabine) or an inhibitor of folic acid-dependent enzymes (pemetrexed) are possible.

Second-line treatment. If tumor growth continues despite chemotherapy, life expectancy can be extended using other agents, such as docetaxel, monoclonal antibodies against PD1 (nivolumab, pembrolizumab) or tyrosine kinase inhibitors (crizotinib).


Palliative treatment. If distant metastases are already present or lymph nodes of the other side of the lung are affected, the doctors' efforts will be directed to live as long as possible while maintaining an acceptable quality of life. Unfortunately, in this case, lung cancer is incurable.

At the time of diagnosis, small cell lung cancer often forms metastases in other organs. In these cases, palliative care is in the foreground. 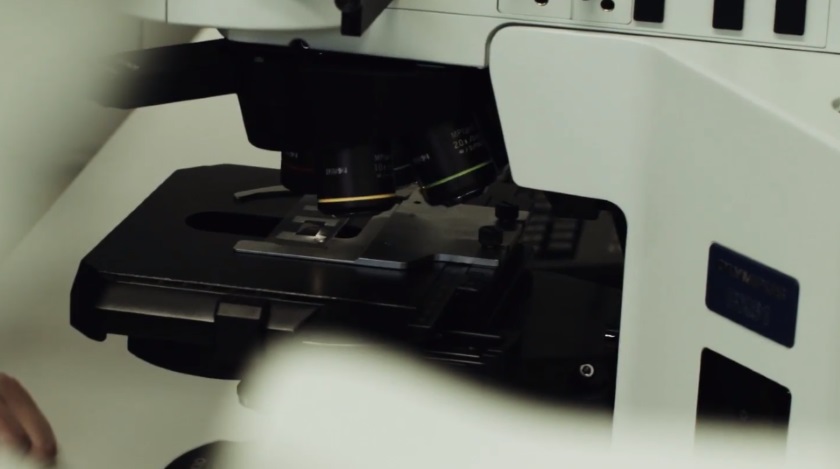 Surgery. Removal of the tumor makes sense only for very small tumors.

Radiation therapy and chemotherapy. Fortunately, small cell lung cancer usually responds well to chemotherapy and radiation. For treatment planning, a distinction is made between:

For small cell lung cancer, combinations of several cytotoxic drugs are always used. There are many treatment protocols, the composition of which often changes as new research is published.

It usually takes 4-6 cycles of chemotherapy at 3-week intervals.

With a very limited disease (VLD), tumor regression is achieved in 40-70% of cases, but only in 30% of cases in the later stages. The highest 5-year survival rate of 70% was in operated patients with adjuvant chemotherapy and additional prophylactic cranial irradiation. In patients with limited disease (LD), radiotherapy is performed at intervals of about 3-4 weeks after the completion of chemotherapy. 5-year survival is about 20-40%.

Other drugs used in chemotherapy for small cell lung cancer are topoisomerase I inhibitors (irinotecan) and alkylating agents (bendamustin). Both after complete regression, and after surgical removal of the tumor, prophylactic cranial irradiation is recommended to prevent possible metastases.

If chemotherapy is not effective enough or if complications such as respiratory failure, hemoptysis, or severe pain occur, radiation therapy can temporarily reduce the size of the tumor and slow its growth.

To alleviate discomfort and prolong the patient's life, tumors can be reduced using laser therapy, cytostatics or radiation therapy. Special tubes made of metal and silicone (stents) can be used to prevent complete occlusion of the bronchi. In rare cases, palliative surgery also makes sense. Doctors always carefully weigh the benefits (life improvement, symptom relief), side effects and risks of the treatment. During lung cancer treatment in Austria quality of life of the patient is in the spotlight.

For patients who have experienced lung cancer, follow-up is important. Any complications should be detected early in order to take adequate measures. Thanks to modern medicines and nonpharmacologic methods, pain and discomfort can be alleviated by consistent and effective therapy.

As part of a structured follow-up, a physical examination and computed tomography of the lungs are carried out 3, 6, 12, 18, and 24 months after therapy, and then every year. In addition, lung function is checked at 3 and 6 months after discharge, and then as needed.