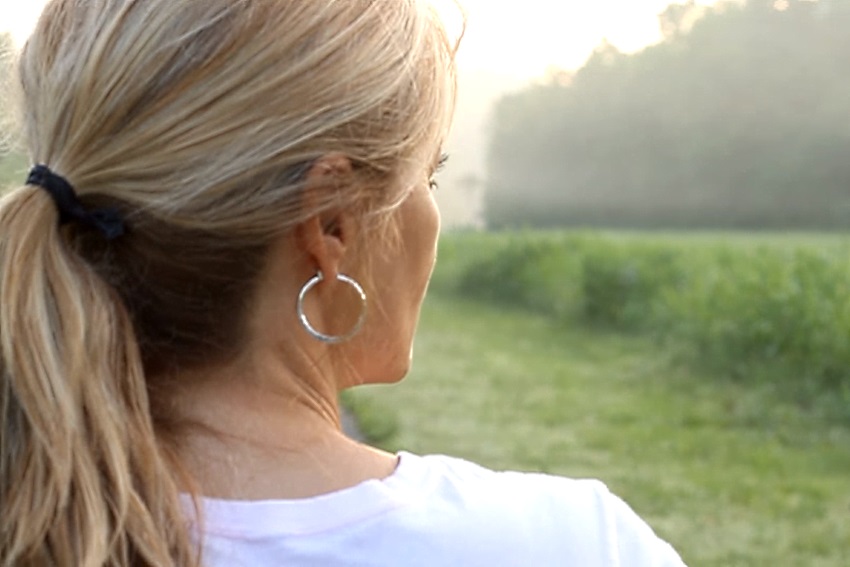 Cancer's not always a death sentence.

Though when you are the patient and you're diagnosed with cancer, the first thing you think of is: I'm going to die. And life becomes different.

I had had a cough- a previous cough from having bronchitis. The nurse that I worked with, she said: Missy, you still have that cough. And I was like, I'm good. I promise you I am good. And she's like: No. Get back there and get a chest x-ray.

I saw Dr. Guerrini. He ordered a chest x-ray for me. I had the chest x-ray and I went on back to work. A couple hours later, Dr. Guerrini came to me and said: I need to speak to you just a moment in private. I’m a little bit in shock. But you know, things like this don't happen to me. So I didn't think anything of it. It's probably just an infection. My primary care doctor - Dr. Blake Long - scheduled me to see Dr. Chen in Pulmonary. I saw him, he did the biopsy. And he informed me: We were able to swab inside the lung and there are definitely cancer cells.

Immediately for me, it’s guilt. I was a smoker for 30 years - you know, what have I done to myself?

So I met with the TOPS clinic to have the availability to go and to sit down with three doctors: my cardiothoracic surgeon, my oncologist, and my radiation oncologist. And then the three got together and they spoke with each other - you know - what's the plan? What should we do? From three different aspects.

They told me I was a Stage IIIB lung cancer. And I knew that that was pretty serious - being in the medical field. So, they scheduled my surgery for February 1,  Dr. Lata sat me down and explained to me that he needed to go into the mediastinal area and check those lymph nodes because those would not pick up on an MRI and he needed to check those to make sure.

So I went in February 1, which also ended up being the same day as my son's last basketball game and homecoming. And I thought: Oh my goodness! He's a senior.

It was a very trying day.

My whole entire family were there at six o'clock in the morning to see me off to surgery.

The tumor was an aggressive tumor. He got it out. He removed the right upper lobe. And then he sent the lymph nodes for pathology and when those came back, all three lymph nodes were negative. With them being negative, it means I do not have to do chemo - I do not have to do radiation. You know, now I'm recovering from surgery and it's like: Wow. Really. So I go from a Stage IIIB to a Stage IB. And this is all due to early detection.

I am so thankful for the nurse that pushed me, the doctors that took care of me, my family, my friends that supported me, and where I'm at today.

So I've always wanted to be a runner. So I started training. We did the Tough Mudder in November, that very same year. And now I am training with my older brother to do a full marathon in Honolulu December 13th of this year.

There's just so many things that we can do for ourselves to detect cancer early and the options are there. I didn't think this would happen to me - but it does happen to us - mom, co - worker, wife. And it can happen to anyone. And during this time, I had friends whose niece was diagnosed with lung cancer one month after me that had progressed. And she passed away the very same year - actually three months later. And you know, I took that really hard - knowing that could have been me.

Without early detection, that would have been me.

The lungs are made up of areas called lobes. The right lung has three lobes; the left lung has two, so there's room for the heart.

When you breathe, air goes through your nose, down your windpipe (trachea), and into the lungs where it spreads through tubes called bronchi. Most lung cancer begins in the cells that line these tubes.


There are two main types of lung cancer:

Lung cancer, or the possibility of having it, can be scary. Whatever your condition, the specialists at Wake Forest Baptist Comprehensive Cancer Center will be with you every step of the way. From screening to diagnosis and treatment, our goal is provide you the best care and outcome possible. And with advances like low-dose lung cancer screening, it is possible to catch lung cancer at earlier stages, improving your chances for a better outcome.

CancerTreatmentWorld.com: video reviews of the best cancer clinics in the world