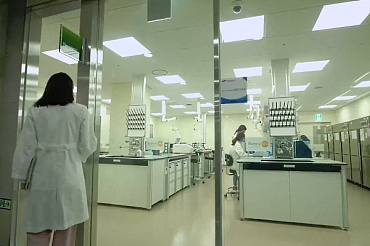 Laparoscopic gastric cancer surgery in Korea well known among medical tourists for its better clinical outcomes compared to most US hospitals.

In gastric cancer, total gastrectomy is often recommended - a risky surgical procedure that adversely affects the quality of life.

Korean doctors are doing everything possible to replace this surgery with less dangerous options.

Mr. Kim (58), heard the diagnosis of “stage I gastric cancer” after gastroscopy during the annual medical check-up for employees.

Since the tumor was small, Kim underwent the endoscopic submucous dissection (ESD) to remove the malignant tissue through the gastroscope (endoscopically).

However, there was a problem during the endoscopic procedure. Since the tumor was poorly separated from the mucous membrane, ESD was not enough. Mr. Kim was sent to Gangnam Severance Hospital (Seoul), where he underwent laparoscopic proximal gastrectomy (removal of the upper part of the stomach).

A week after the procedure, patient returned home without complications.

Korean surgeons say that endoscopic submucosal dissection is much better tolerated. The long-term effects of ESD are usually minimal, but gastrectomy causes nutritional deficiency and anemia in 20–25% of patients.

A gastrectomy can disrupt the function of the stomach leading to long-term complications, but this procedure is vital in many cases, as in the case of Mr. Kim. If patients properly organize the daily life and nutrition after gastrectomy, undesirable consequences can be avoided.

According to statistics from the National Cancer Center, stomach cancer is still # 1 in Korea. In 2015, it accounted for 17.2% (29,000 people) of all cancer cases. Fortunately, local medicine demonstrates success: if 1990s, the five-year patient survival rate was less than 50%, today this figure exceeds 70%. In particular, more than 90% of patients with stage I gastric cancer can be cured.

As the number of cancer survivors increases, doctors are actively interested in quality of life after treatment.


Gastrectomy for gastric cancer is performed in three stages:

Resection of affected part of the stomach is the most important point of the procedure.


If the malignant tumor is located in lower part of the stomach, partial resection is usually performed. If the cancer grows in upper part (closer to the cardia – gastroesophageal junction area), Korean specialists perform a proximal gastrectomy. If the tumor is already widespread, a total resection is the safest option. Obviously, in the latter case, the quality of patient’s life after surgery will be lower. However, sparing partial gastrectomy can only be performed selectively for early gastric tumors. The question of “oncological safety” of such procedures is still being studied; therefore surgeons follow their own experience.

The success of gastric cancer treatment depends on lymphadenectomy

As we mentioned above, the 5-year survival rate of patients with stage I malignant tumors of the stomach in Korea exceeds 90%. Meanwhile, in the United States the same indicator is less than 70%.

Laparoscopic surgery has become popular not only in gastro-oncology, but also in most areas of medicine. Minimally invasive techniques have been actively used by the Gangnam Severans Hospital since 1990s. This approach has a number of advantages for the patient. Laparoscopic surgery minimizes tissue damage, the need for blood transfusions and the risk of postoperative infections. Due to this, patients recover faster, and the cost of treatment is sharply reduced.

The most appropriate method is determined depending on the clinical situation.

In the past, laparoscopic surgery was limited only to the initial stage of the disease. However, with the development of new technologies and surgical instruments, rich experience made possible the complete removal of the stomach and lymph nodes through laparoscopy. In addition to reduction of blood loss, a reduction in complications, such as pain and bowel spasms, has been reported. It is fast, safe and comfortable for the patients.

In addition, procedure does not leave a huge scar.

However, the effectiveness of laparoscopic surgery for advanced gastric cancer is still being studied. Korean scientists continue to compare parameters such as adequate lymphadenectomy, recurrence rate and survival.

Until the final results are published, this approach cannot be considered 100% correct. 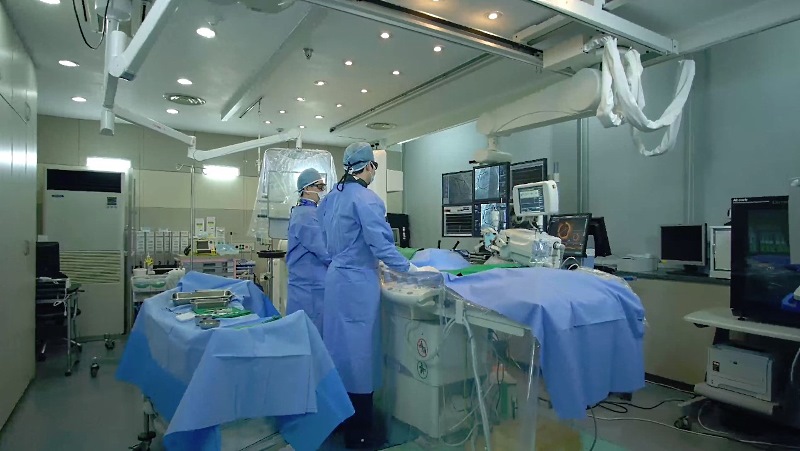 Robotic surgery has unique advantages, including multiple zoom and subtle correction of hand tremor, which allows for more complex operations. This is an extremely accurate procedure. Before lymphadenectomy, surgeon identifies the affected lymph nodes with fluorescent imaging in near-infrared light. The advantage of this technology is the preservation of healthy structures and complete removal of the tumor.

However, gastric cancer surgery is considered more difficult than resection of uterine or prostate tumors, because it is performed on a large space surrounded by important organs. This requires experience.

Secondly, robotic-assisted surgery can be expensive because da Vinci requires frequent replacement of complex parts and is quite expensive to maintain. It is not covered by insurance even for Koreans. Local experts believe that the technical complexity and high cost are the main obstacles in the way of robotic gastrectomy. However, surgical experience in Gangnam Severance Hospital is not a problem. Some experts successfully performed hundreds of procedures.

Of course, the most important thing is early diagnosis. Korean doctors recommend having a gastroscopy at least once every 2 years after 40 years. Risk groups (chronic atrophic gastritis) should be screened for cancer annually.