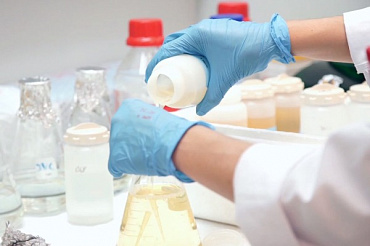 The Spanish Association Against Cancer (AECC) funds several areas of colorectal cancer treatment in Spain that can transform the oncology of tomorrow.

This is a critical area of medical research, given that the incidence of colon cancer in developed countries continues to grow at an alarming pace.

Colon cancer is one of the most common malignant diseases in Spain, which is diagnosed annually in more than 41 thousand inhabitants of the country.

According to statistics, before reaching the age of 74, a colon tumor will be detected in 1 out of 20 men and in 1 out of 30 women.

The largest hospitals, such as the University Clinic of Navarra (CUN), offer these patients the most advanced colorectal cancer treatment, including organ-sparing surgery, chemotherapy, immunotherapy, high-precision radiotherapy for metastases, etc.

In general, the level of diagnosis and treatment in leading Spanish clinics meets international standards. As a rule, medical services and drugs are much cheaper compared to the USA.

Thanks to screening and innovative treatment protocols, the five-year survival rate in Spain is significantly higher than the European average: 64% versus 57% in other countries of the EU. Approximately 54% of patients suffering from this disease live more than 5 years. This is a general indicator that does not take into account age, the histological type and the tumor stage. Depending on a number of other prognostic factors, 5-year survival may range from 92-95% at stage A to 8-10% in metastatic cancer (secondary tumors in distant organs).

The survival rate in localized tumors involving the lymph nodes (stage C) has improved markedly in recent years thanks to the use of adjuvant chemotherapy, prescribed after bowel resection.

Modern cytostatic drugs and immune cell therapy have increased the median survival with advanced colon tumors to more than 2 years. Significant percent of previously inoperable patients after systemic therapy may become candidates for surgery, receiving a chance for long-term remission and additional years of life.

The Spanish Association Against Cancer publishes more than a dozen interesting innovations that are proposed by local scientists to improve diagnosis and treatment. There is a new respiratory test for early detection, immune cell therapy and even natural anticancer peptides.

The large-scale project funded by AECC since 2015 is led by Dr. Ignacio Melero from University Clinic of Navarra in collaboration with his colleagues from the University of Pompeu Fabre and the Barcelona Hospital Val d'Ebron.

According to the authors, modern immunotherapy is revolutionizing cancer treatment, achieving unprecedented efficacy. Before you create a high-precision weapon against colon tumors, you have to fully understand their biology and find their weak points.

This project is aimed at deepening knowledge of immunotherapy. This should be the first step to creating safe and reliable methods in which the activation of the immune system is combined with the use of standard anticancer drugs.

The olfactory “tumor fingerprints” identification is the aim of new project led by Dr. Enrique Casado from the Infanta Sofia Hospital in Madrid. Survival largely depends on timely diagnosis. Current screening programs reduce mortality, but colonoscopy is a painful and difficult procedure that many people refuse to undergo.

Identification of unique substances contained in exhaled air at an early stage will open the way for development of first respiratory test for colon cancer. This will make screening easy, quick, painless, and hopefully truly popular.

One of the key problems of oncology is to identify the mechanisms of pharmacological resistance and to develop specific therapeutic combinations to overcome resistance in each particular patient. This is the goal of another interesting project led by Dr. Guillermo Argiles (Vall d'Hebron Institute of Oncology, VHIO). In recent years, dozens of new and better cancer treatments have appeared in clinical practice. However, the vast majority of patients with metastatic cancer will eventually show resistance to treatment, and rapid progression. Doctors are almost unable to help them.

This project aims to study and systematize tissue samples taken from patients to determine the mechanisms responsible for pharmacological resistance. Researchers intend to offer personalized treatment regimens improving the effectiveness of chemotherapy for a particular tumor.

Similar goals are pursued by the work of Dr. George Thomas and his colleagues from Bellvitge Institute for Biomedical Research (IDIBELL) in Barcelona. Scientists are developing modern therapeutic strategies for resistant colon cancer searching for alternative protocols to defeat this deadly form of the disease.

It can significantly increase survival in the later stages.


Effect of microbiota on the oncogenesis

Lynch syndrome (HNPCC) is a rare hereditary disease that is associated with a high risk of developing colon or rectal cancer, endometrial tumors and other neoplasms.

HNPCC is caused by complex mutations inherited in an autosomal dominant manner. At the genetic level, Lynch syndrome is characterized by heterogeneity and variable expressiveness of the genes involved.

The clinical phenotype and risk of developing cancer may vary significantly depending on the mutated MMR gene and other poorly understood factors. 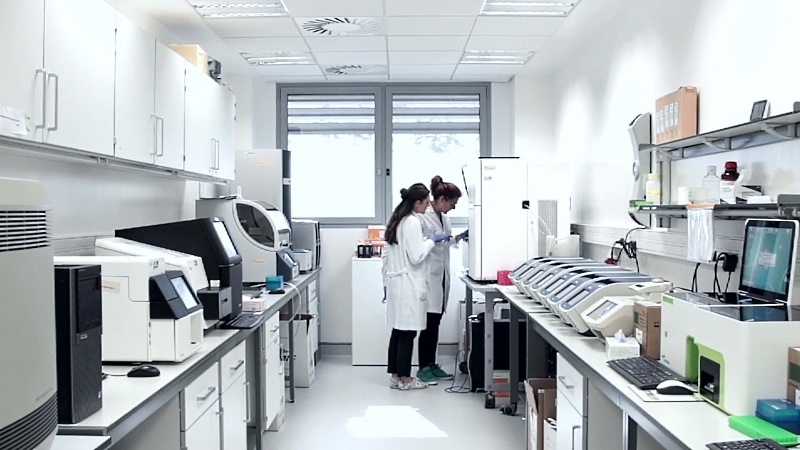 Spanish scientists believe that the heterogeneity of the syndrome is partly due to environmental exposure (including the composition of intestinal microbiota). This is confirmed by experiments with genetically modified mice that are predisposed to colon and rectal cancer. Microbiota modification (diet or antibiotics) influence the risk of developing tumors in laboratory animals.

Carbohydrate metabolism products, such as butyrate, are responsible for the development of tumors in animals with altered MSH2 gene. Specific changes in the microbial community as a result of antibiotic treatment may initiate oncogenesis in predisposed subjects.

The promising project of Dr. Andreas Moya can contribute to oncoprophylaxis.

The project under the leadership of Dr. Borja Sánchez from the Institute of Dairy Products of Asturias has been funded by AESS since 2016. The authors intend to use the biologically active peptides of the intestinal microbiota for the treatment of malignant tumors.

The rise of metagenomics (analysis of relations between genes and the environment) led to the discovery of billions of elements of the intestinal microbiota. This data needs to be systematized in order to identify and characterize new peptides (protein components) with biological activity against colorectal cancer. This study will allow the development of methods for the treatment, cancer prevention and an individual risk assessment based on patient’s stool analysis result.


The role of phosphatases in metastatic processes

In most patients with colon cancer, death occurs due to metastases spreading from the primary tumor to distant organs (for example, liver and lungs).

The project of Dr. Jelena Urosevic is aimed at identifying phosphatases that regulate the metastatic processes, especially in secondary tumors with a mutation in the KRAS oncogene. For such tumors, special treatment has not yet been developed.

Thanks to the efforts of scientific institutions and strong government support, colorectal cancer treatment in Spain gives patients hope in the most difficult cases.