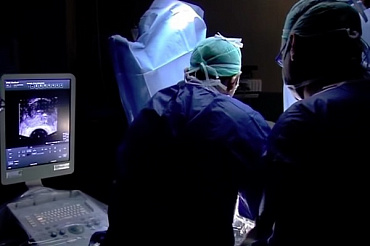 Colorectal cancer in Israel meets the highest international standards, and the cost of procedures and consultations is affordable for most medical tourists.

Colorectal cancer is one of the most common tumors in the western world and in Israel.

According to statistics, most patients are over 50 years old. The most common type of tumor is adenocarcinoma which accounts for more than 95% of cases.

The causes of colorectal cancer have not been studied, but doctors know several risk factors. Most tumors originate from benign polyps, some of which become malignant over time.

There are some morphological and molecular changes associated with the gradual transition from a benign polyp to a cancerous tumor. In addition to this most obvious risk factor, there is a number of other conditions associated with an increased risk of developing colorectal cancer.

Chronic inflammation, such as ulcerative colitis or Crohn's disease, also increases the risk of developing the disease.

There is a discussion in the Israeli medical community about the possible link between nutrition and colorectal cancer. Most researchers believe that a diet high in fat increases the risk, whereas a diet rich in fiber reduces it.

In the absence of evidence of a clear link between a certain behavior and an increased risk of developing colorectal cancer, Israeli oncologists cannot make clear recommendations for prevention. However, given the possible connection with specific dietary habits, it is recommended to reduce fat intake and increase fiber intake. It is also useful for preventing cardiovascular diseases and other health problems.

Preventive measures in Israel are aimed at early detection of the disease, preferably at the stage of a precancerous polyp. This requires periodic screening and examination soon after the onset of any symptoms.


Symptoms and diagnosis of colorectal cancer in Israel

• changes in bowel habits (such as constipation)
• pain in the rectum during bowel movements
• blood in the stool
• abdominal pain
• fatigue
• anemia
• loss of appetite
• weight loss, and more.

It is important to emphasize that each of the symptoms described may also occur in "harmless" conditions.

Screening tests are designed to detect the disease at the precancerous stage or at the early stage of cancer. Screening of asymptomatic population is extremely important, since the presence of the symptoms usually means an advanced stage of the disease.

It is recommended that you discuss with your doctor the advantages and disadvantages of each screening test.

Israeli oncologists urge to begin screening at the age of 50 for the general population, and at the age of 40 for high-risk groups (familial predisposition, certain genetic syndromes).

The main and most effective treatment for colorectal cancer is surgery. During procedure, the surgeon removes part of the intestine with a tumor, blood vessels that nourish it, and lymph nodes that drain it.

Surgical treatment is carried out separately or in combination with radiation therapy and chemotherapy, depending on the location of the tumor and the stage of the disease. Large tumors that extend beyond the bowel and affect the lymph nodes require more aggressive combined treatment.

The later the diagnosis is made, the higher the risk of cancer recurrence after surgery. The cost of treatment in the later stages also increases significantly. For example, radiation therapy in Israel costs $ 10,000 or more.

When a tumor has not yet penetrated the muscular layer of the intestinal wall (stage 1), the chance for a complete cure after surgery without chemotherapy exceeds 90%. On the other hand, this chance is reduced to about 80% as the tumor grows through the muscle layer (stage 2) and to 50% if the tumor spreads to the lymph nodes (stage 3).

With advanced tumors, especially when spreading to nearby lymph nodes, Israeli doctors usually add chemotherapy after surgery. Chemotherapy reduces the risk of recurrence by a third, increasing the number of patients cured.

Tumors localized in the rectum can be treated with a combination of chemotherapy and radiation therapy before or after surgery, which significantly reduces the risk of local recurrence.

Despite the importance of surgical treatment, the surgeon’s scalpel is usually ineffective against metastatic colorectal cancer (stage 4.) In these cases, treatment is based on the use of chemotherapeutic drugs.

In recent years, tremendous progress has been made in chemotherapy for colorectal cancer. Prior to that, for more than four decades, only one drug, 5-fluorouracil, has been used. The last 20 years have brought many other drugs that significantly changed the landscape of chemotherapy. Irinotecan (CAMPTO or CPT-11) joined 5-fluorouracil, and shortly thereafter, doctors began to prescribe oxaliplatin.

These drugs showed high efficacy and doubled the number of patients responding to treatment.

In addition to promising results in metastatic cancer, oxaliplatin significantly improved the quality of chemotherapy after surgery in the early stages of the disease.

More than a decade ago, other drugs appeared that are not “classical” chemotherapeutic agents (cytostatics). They belong to the class of "biological" agents that block specific molecular pathways that are important for cancer cells.

The first three drugs that began to be used in Israel in patients with colorectal cancer are bevacizumab, cetuximab, and panitumumab. All of them are specific antibodies that disrupt vital molecular pathways in adenocarcinoma cells.

Avastin (Bevacizumab) firmly binds vascular endothelial growth factor (VEGF), disrupting the process of angiogenesis. This therapy stops the growth of abnormal blood vessels that supply metastases with oxygen and nutrients. Studies have shown that adding bevacizumab to cytostatic chemotherapy in the first or second line prolongs life of patients. 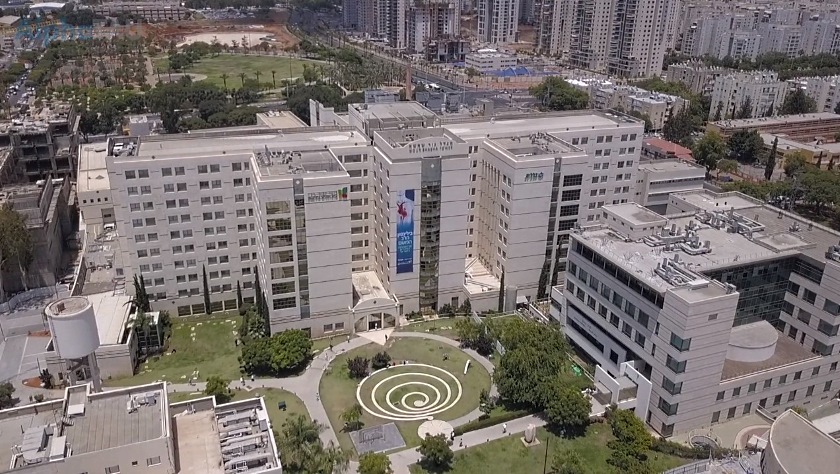 Two other drugs, Erbitux (cetuximab) and Vectibix (panitumumab), block the epidermal growth factor receptor (EGFR). They are effective against tumor cells that have not yet been treated, as well as against cells resistant to chemotherapy.

There is a test (RAS) that predicts the likelihood of a response to Erbitux and Vectibix.

All three of these drugs are approved for clinical use in Israel and in many other countries. After their introduction, the scientific community continues the discussion about the best biological agent in the first line of treatment.

Over the past five years, two biologic drugs have been added for colorectal cancer treatment in Israel.

The first drug, Zaltrap (aflibercept) is a soluble protein that binds VEGF, thereby stopping tumor growth. The second drug Stivarga (regorafenib) is a small molecule that inhibits the enzymatic part of the receptors.

According to recent studies, these two biological drugs that inhibit angiogenesis significantly prolong the life of patients. They are used in first and second line chemotherapy.

Trifluridine / tipiracyl (TAS-102, Lonsurf), which is a modern drug from the fluoropyrimidine class, prolongs the lives of patients who have exhausted the standard treatment options.

According to Israeli researchers, all of the above drugs have extended the life of patients with metastatic colorectal cancer. The average life expectancy of these patients, which previously did not exceed 1 year, is now close to 3 years.

The more effective the existing treatment methods are, leading to greater regression in the size and number of metastases, the more people are now able to completely get rid of metastases after chemotherapy.

Since surgical removal of metastases (for example, in the liver or peritoneum) is the only way to prolonged remission or even cure, recent advances in chemotherapy have given hope to many patients with metastatic colorectal cancer.

Along with the development of completely new drugs in recent years, oral medications have appeared that make the intravenous administration of 5-fluorouracil unnecessary. These drugs are prodrugs that are transformed by the body into 5-fluorouracil.

The most famous of these drugs Xeloda (capecitabine). There is evidence that these drugs are not inferior in clinical efficacy of 5-FU. At the same time, they are much more convenient and safer than their predecessor.

In the last 3-4 years, Israeli scientists have made significant progress in the field of personalized treatment. With this approach, a molecular analysis of a specific tumor is performed in order to identify the most appropriate targets for therapy.

This is especially important in patients with tumors that show microsatellite instability (MSI-high, MSI-H) and the expression of numerous pathological proteins. Personalized treatment provides a high response rate and excellent clinical results.

Keytruda (pembrolizumab) and Opdivo (nivolumab) have recently been approved in Israel for the treatment of patients with metastatic colorectal cancer (MSI-H). The benefits of these drugs, alone or in combination with cytotoxic chemotherapy, are currently being studied.