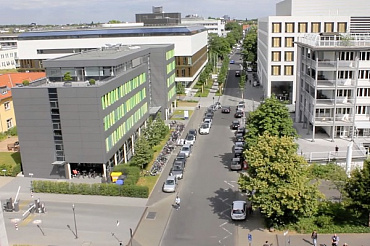 The diagnosis of colorectal cancer is a shock for anyone.

This event divides your life into “before” and “after”, forcing to make difficult decisions and look for the best treatments.

Colorectal cancer is considered #3 most common malignancy in the world. In 2018, 1.8 million new cases are expected. Although survival in developed countries is 70%, prognosis depends on the stage of the cancer and treatment prescribed. The success of therapy is largely determined by the choice of the hospital, and in particular the experience of the surgeon. Long-term observations have shown that the percentage of patients who live five years after diagnosis varies significantly from clinic to clinic.

Almost all patients need surgery. Therefore, the search should begin with a good surgical department and a surgeon who has extensive experience in bowel resection (colectomy).

Sophisticated surgical treatment has made German teaching hospitals popular among medical tourists. In this country, more than 200 clinics and departments perform colon surgery.

There are dozens of globally recognized centers:

These hospitals were nationally recognized by Focus-Klinikliste 2019.

When choosing among the hundreds of specialized medical institutions, pay attention to certified colon cancer centers of excellence and university hospitals.

Advantages of certified centers of excellence:


Cost of colon cancer diagnosis and treatment in Germany 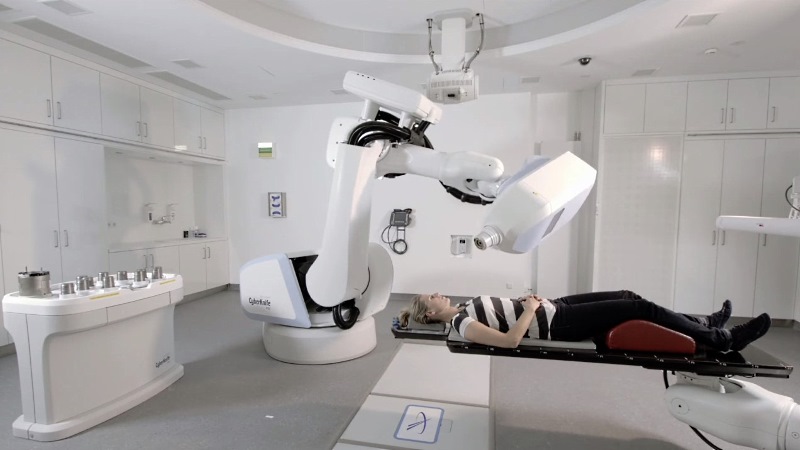 The total cost of the examination in the best clinics - no more than 6-8 thousand euros. The subsequent bowel resection cost from 12 to 35 thousand euros, chemotherapy costs from 2,500 euros, immunotherapy with pembrolizumab – from 2,000 euros.

Hyperthermic intraperitoneal chemotherapy (HIPEC) is the most expensive, but very effective treatment for advanced cancer. This innovative procedure costs about 30-40 thousand euros.


Getting a second opinion in Germany

In some cases, the optimal treatment strategy is not obvious. This may include advanced rectal tumors (rectal carcinoma), treatment of liver metastases, and peritoneal carcinomatosis (PC). In controversial cases, you may need to get a second medical opinion. Leading German teaching hospitals have accumulated vast clinical experience, so here the patient will surely find the answers. Remote medical consultation is fast and inexpensive.

To get a second medical opinion of leading European oncologists, radiologists and surgeons, you have to contact the hospital and send all medical records (including images, laboratory test results). Sometimes you’ll need professional medical translation.

Most clinical centers provide written opinion of a specialist in 2-3 days.

Approximate cost of a remote medical consultation is 300-1000 euros.

If the diagnosis is confirmed, surgery is usually unavoidable. Chemotherapy, radiotherapy, personalized immunotherapy and other methods usually complement surgical treatment. Surgery is rejected in cases of metastatic cancer (stage IV), when complete cure is unlikely. Such patients only receive palliative treatment to relieve symptoms and prevent serious complications, such as bowel obstruction or bleeding. Some patients at stage I colon cancer can avoid surgery if the tumor has completely disappeared after the combined radiation and chemotherapy. In this case, careful monitoring is necessary for the timely detection of recurrence.

Although you should not waste time, there are no reasons for panic and hasty decisions. If life-threatening complications do not develop (such as bowel obstruction or severe bleeding), you have enough time for diagnosis and alternative medical opinion of several doctors.

In general, surgery is the most important treatment stage. In stage I, tumor removal is almost always performed, but even in stage II, III, and IV, the operation is considered crucial.

Colon cancer surgery involves the complete removal of tumor tissue and, if possible, secondary neoplasms in lymph nodes and other organs. If this succeeds, the procedure is called curative. In advanced cancer, when inoperable metastases are diagnosed, curative treatment is no longer possible. In this case, palliative surgery is performed, which is aimed at preventing complications and alleviating the symptoms.

In some cases, curative treatment requires prior reduction of the tumor size with aggressive chemotherapy. For example, in liver metastases. Sometimes rectal carcinomas are reduced by combined radiation and chemotherapy – this is called neoadjuvant therapy. For rectal tumors, surgery is considered more difficult. The space in the lower part of the pelvis is limited; there are many vital organs and nerve structures located close to each other.

Local surgeons say that such interventions require special knowledge and skill. According to studies conducted in Europe, the risk of recurrence of colorectal cancer mainly depends on the surgical experience.

Planning a surgical treatment, pay attention to the doctor reputation!

To destroy rapidly dividing cancer cells, scientists have developed several classes of cytotoxic agents. An important advantage of chemotherapy is that cytostatics act on the entire body, and not limited to the abdomen. All cytostatic drugs slow cell growth or kill them. Penetrating into the lungs, liver, brain and other organs, they can stop the spread of metastases and prolong patient’s life. Unfortunately, the healthy cells of the body also suffer from chemotherapy. Tissue regeneration is deteriorating, which causes undesirable side effects (leukopenia, alopecia, ulcers, etc.)

Chemotherapy for colon cancer in Germany includes combination regimens based on fluoropyrimidine (5-fluorouracil and capecitabine). With other cytostatics (including oxaliplatin and irinotecan), they are much more effective. In April 2016, the trifluridine / tipiracil combination (trade name Lonsurf) was approved. It provides excellent results in patients who have stopped responding to standard cytotoxic drugs.

Depending on the clinical situation and the purpose of treatment, there are:

• Adjuvant chemotherapy is used after a successful surgery (resection of R0) to suppress malignant cells that are not detected by the surgeon. This reduces the risk of recurrence and increases the chances of a full recovery.
• Neoadjuvant chemotherapy is prescribed before surgery to reduce the size of the primary tumor and metastasis. It is almost always used in colorectal cancer treatment.
• Palliative chemotherapy only prolongs life and eases the symptoms of the disease.

Chemotherapy can be systemic or regional.

Systemic chemotherapy attacks virtually all malignant cells that have spread throughout the body. Among its drawbacks are systemic side effects that occur in various organs and tissues (including skin, mucous membranes, lung, liver and brain).

Regional chemotherapy (RCT) delivers cytotoxic effects are limited to a specific organ. In colorectal cancer, RCT is used for the treatment of liver metastases. Drugs are injected through the pumping system into the hepatic artery, where a maximum concentration is achieved.

Hyperthermic intraperitoneal chemotherapy (HIPEC) is the newest method available in the best German hospitals. HIPEC is used for peritoneal carcinomatosis, a severe complication that occurs in 1 out of 8 cases of colorectal cancer. According to some studies, the survival of patients after HIPEC is increased several times.

During the procedure doctors treat the entire abdominal cavity with a solution of chemotherapy agents warmed to 43 ° C. HIPEC creates the highest concentrations of cytostatics in the abdominal organs, destroying tumor cells at a depth of 3-5 millimeters. The choice of drugs, the route of administration and the specific treatment regimen depends on the stage of the disease, the patient's health condition and many other factors.

In colon cancer, radiation therapy is used only in stage II and above.

It is designed to reduce the size of the tumor before surgery (neoadjuvant therapy) or destroy cells that can remain in the body after surgery (adjuvant therapy). In many cases, radiation is combined with chemotherapy (the so-called chemoradiation). Before radiotherapy, careful preparation and computed planning is carried out. Modern equipment for radiotherapy does not irradiate the entire organ, but gently curves the tumor along the contours using imaging. This minimizes the side effects of therapy and improves outcomes. Radiation therapy for colon cancer in Germany costs 10-15 thousand euros.

For inoperable liver metastases, proton therapy can be used – an innovative technology based on the destruction of cellular DNA by accelerated particles. Proton therapy is available at several specialized centers, including the Rinecker Proton Therapy Center in Munich.

In recent years, scientists have discovered the molecular mechanisms of carcinogenesis, which has led to the emergence of new methods in clinical practice.

But there is no magic pill to defeat cancer. Optimal results can be achieved through the combination of different treatment strategies that combine, replace and complement each other. Targeted agents, which German oncologists prescribe in combination with chemotherapy and less often as monotherapy, have become an important step.

Immunotherapy is one of the most promising approaches to cancer treatment. It is about focusing the immune system at tumor cells. This therapy became popular several years ago, when immunotherapy succeeded in the fight against aggressive melanoma. Immune checkpoints inhibitors increase the survival of some patients with colon cancer.

Recently, a combination of nivolumab (Opdivo) + ipilimumab (Yervoy) was successfully tested in Europe, which turned out to be effective against metastatic colorectal cancer with microsatellite instability.

Immune checkpoints inhibitors are intensively studied, but they have fundamental flaws.

Protective reactions initiated by standard immunotherapy are not specific. Activated leukocytes attack not only the tumor, but also healthy tissue, causing serious (sometimes fatal) side effects. Therefore, scientists are trying to direct immune response against specific cells of a particular patient - this is called personalized cancer immunotherapy. Each tumor cell has unique changes in the genome, which differ it from healthy colon cells and other neoplasms. Our lymphocytes are activated by contact with these tumor-specific antigens. To ensure maximum efficacy and safety of immunotherapy, researchers create cancer vaccines. They “teach” the immune system to recognize and attack certain cells without harming others. 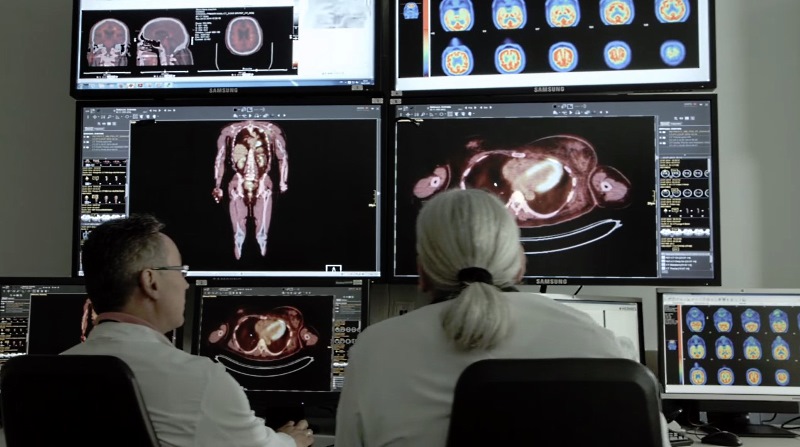 At the first stage, molecular profile of the tumor is identified. Then doctors select those antigens that induce an immune response. At the next stage, a personalized cancer vaccine is prepared in the laboratory, which is administered to the patient.

Colorectal cancer with metastases is more difficult to treat compared to the early stage of the disease. However, German oncologists may offer certain opportunities for recovery. Despite the poor prognosis, proper treatment supports some patients with stage IV cancer over the years. You need to seek help in medical centers that have experience in treating metastases. In many cases, liver and lung metastases can be surgically removed. In 20% of these patients, cancer does not recur for a long period of time after liver resection. If surgical removal is not possible, chemotherapy can alleviate the symptoms, improve the quality of life and prolong life (the so-called palliative chemo).

Radiofrequency ablation (RFA) is the most common method of thermal ablation. A special probe is inserted into the tumor, heating the tissue with using an electric current. The procedure is performed under real-time ultrasound, computed tomography or MRI guidance. A similar method of removing metastases is called microwave ablation (MWA), in which malignant tissue is destroyed by high-frequency microwaves.

The crucial advantage of RFA and MWA is that they can be performed multiple times. The remaining ablation procedures are still being investigated.

Stereotactic radiotherapy (SBRT) requires advanced equipment and planning. There were no large-scale comparative studies of SBRT, RFA and microwave ablation for hepatic metastases of colorectal cancer, therefore the choice is ambiguous. Sometimes brachytherapy is used - the introduction of a quasi-point source of radiation into the tumor. It’s a simple and safe intervention that is performed under real-time MRI or CT guidance.

Selective internal radiation therapy (SIRT) is used in patients with hepatic metastases when other treatment options failed. SIRT requires the delivery of radioactive microspheres through the hepatic artery. They flow to the tumor, after which the surgeon seals the vessel.

SIRT can be used in combination with chemotherapy.

During cold therapy (cryotherapy), malignant tissue is destroyed by cooling to temperatures ranging from -30 ° C to -180 ° C. As a result of rapid cooling ice crystals are formed inside the cells, killing the tumor after thawing. The freezing agent is usually liquid nitrogen. Laser-induced interstitial thermotherapy (LITT) is based on the destruction of metastases by focused laser beams. This procedure is performed only as part of a clinical trial. Another experimental method is irreversible electroporation (IRE), in which the membrane of malignant cells is destroyed by pulsed electric fields.

As you can see, colon cancer treatment in Germany offers unique technical solutions, giving hope even in the most difficult cases.