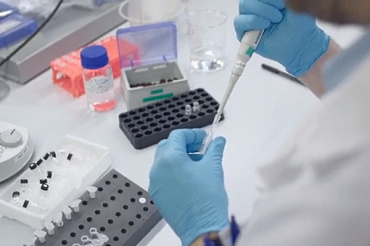 CIRT is a promising innovative cancer treatment option in Austria, which is now available in just a few countries in the world, including the United States, South Korea, and China.

The gentle effect of carbon ion radiotherapy is only one of the many advantages of CIRT for cancer patients.

Thanks to heavy, well-controlled carbon particles, new therapy will hit tumors with pinpoint accuracy without damaging the nearby tissues.

Heavy charged particles are fired from a high-tech accelerator at a speed reaching 3/4 of the speed of light, and hit the target deep inside the body.

They release their huge energy directly into the tumor, minimizing damage to healthy organs, nerves and vessels.

This may sound somewhat strange, but radiation therapy for cancer can be gentle. Carbon ion radiotherapy is mainly used in brain, spinal, and ENT tumors or in pancreatic cancer.


Advantages of CIRT in cancer treatment

This method uses positively charged nuclei of hydrogen atoms whose electron has been removed from the shell. Proton therapy is available in few countries. It is very expensive, but due to the high precision it provides excellent clinical results in some complex solid tumors. The amount of kinetic energy that the particle loses along a given distance depends on its speed. In the case of a proton, the loss of energy increases dramatically with increasing depth of penetration.

Carbon ions are carbon atoms in which at least one electron or all six electrons have been removed. The main advantage of CIRT compared to conventional radiotherapy lies in the high biological effectiveness of this method.

Carbon ions deliver a lower entry dose. Their mass results in lower beam scattering. They effectively release their kinetic energy to the atoms of the tumor.

High linear energy transfer and a high precision focused dose distribution make CIRT a unique weapon against radioresistant tumors that do not respond to other methods of radiation therapy. The released energy damages the DNA of the cancerous cells so badly that can not be repaired. Thus, the cell stops dividing and dies. Tumor growth stops. At the same time, the cancer becomes much more sensitive to other methods of treatment.

It may take several sessions to heal completely. The interval between sessions is very important, as this time allows the surrounding healthy tissues to repair the resulting radiation damage. Since cancerous cells have a significantly lower repair potential, such treatment will destroy the tumor.

At the beginning of the treatment, CT images of the tumor are created. On the basis of this data a detailed treatment plan is worked out. The shape of the tumor is displayed in 3D and cut into digital layers only a few millimeters thick. Subsequently, the data set is subdivided into pixels and the irradiation dose is determined for each individual point.

Thus, it can be precisely calculated before the treatment, providing maximum effectiveness and protection for surrounding tissues. Treatment planning is time-consuming and can take 1-2 weeks.

Specialists in radiotherapy work together with medical physicists.

The doctors contour the tumor and nearby vital organs, while the physicists take care of the exact treatment planning. Afterwards, the actual treatment begins, which is completely painless for the patient. During the session, the ion beam “scans” the tumor point by point applying the calculated dose in each area.

A session lasts about half an hour. Most of the time is used for the correct positioning of the patient to ensure high accuracy. The actual irradiation then takes only a few minutes.

The number of sessions is determined individually, depending on the clinical situation.

Since December 2016, CIRT is available in the Wiener Neustadt cancer treatment and research center MedAustron. To date, 250 patients have completed their treatment at MedAustron.

The second year of treatment brought the clinic many positive developments.

First of all, this is a new beamline, which significantly expands the opportunities of therapy and adds new indications. Since summer 2018 an additional vertical beamline is available.

This simplifies the positioning of patients in many cases on the one hand and on the other hand it allows treating tumors along the spinal column or in the pelvic region more effectively. Initially, there was only one treatment room with, two rooms can now be used alternately.

Another highlight in 2018 was the World Forum on Particle Therapy initiated by MedAustron, where world-leading ion therapy experts discussed new strategies for its further developing.