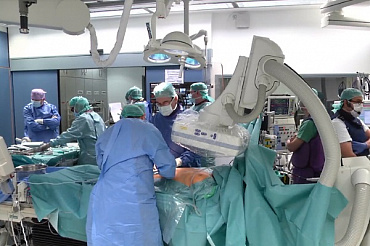 The five-year survival rate for cancer in Germany has improved significantly over the past 15 years, as in most Western countries.

According to the national cancer registries, modern advances in German oncology have improved the prognosis even with such aggressive diseases as lung and liver cancer.

Unfortunately, the survival rates vary significantly across the world.


The greatest achievements of Germany are noted in the treatment of:

Surprisingly, even some Western countries show a serious lag behind the leaders of oncology, such as Japan, South Korea, Germany or the USA.

Recent analysis of tens of millions of cancer cases revealed huge differences in survival for childhood brain cancer. In Denmark, 80% of children live for at least 5 years after diagnosis, in Germany - over 70%, in Latin America – less than 40%. In most countries of tropical Africa, child with brain tumor usually have no chance to survive. For example, in Nigeria there are no certified oncologists at all.

But there are some shocking differences between developed countries too.

In most other countries, this figure is no more than 30%, which is due to the lack of national programs for screening and early diagnosis.

What is the secret?
Japan and South Korea implemented screening for everyone.

In the European Union and North America, where gastric cancer is rare, this deadly disease is mainly diagnosed at stage III-IV, when treatment is limited and ineffective. Five-year survival for gastric tumors in Germany is about 21%.


Since gastroscopy investigates the esophagus, the results of esophageal cancer treatment in Japan are significantly higher compared with most Western countries. Only 25-30% of such patients in America and the European Union live 5 years after the diagnosis.

The survival rate for colorectal cancer in Germany is 65%, which is one of the best results in the world. Top 3 countries for colorectal cancer diagnosis and treatment are Israel, South Korea and Australia, where this figure exceeds 70%. Less than 50% of patients with this diagnosis live for at least 5 years after diagnosis in India and Russian Federation, less than 30% - in African countries. This is due to outdated treatment methods and the lack of mass colonoscopy screening.

5-year survival for rectal cancer in Australia and South Korea exceeds 70%. Germany is one of the top 25 world leaders with impressive 60%. Most developing countries are far behind: here, due to the lack of modern clinics, the rate is up to 50%.

Liver cancer is one of the most deadly malignancies on the planet.

For example, in Singapore and South Korea this number slightly exceeds 20%, in the rest of the world it is much lower (12% in Germany). In recent years, only a few countries, including the United States, have achieved significant success.

The prognosis for pancreatic cancer is terrible: five-year survival rate in most countries does not exceed 10-15% (for example, 11% in Germany). Significant achievements were demonstrated only by Malaysia and Kuwait.

Five-year survival for lung cancer in Germany is up to 20%, as in the vast majority of Western countries. Thanks to new immunotherapy protocols, surgical treatment and perfect medical imaging, a rapid improvement is observed.

The current leaders are South Korea and Japan (more than 25%). 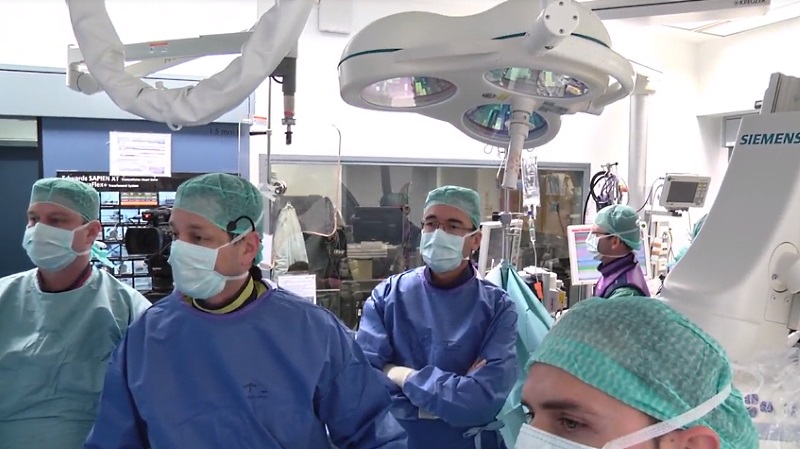 Melanoma treatment in Germany is one of the best in the world.

Germany is among top 10 countries in the world in terms of survival for this diagnosis (over 93%). Meanwhile, in the developing countries, only 20% of patients live at least 5 years after being diagnosed with melanoma. Catastrophic statistics in Asian countries is attributed to more aggressive types of melanoma, such as ALM.

The five-year survival rate for breast cancer in Germany is now 86%. This is one of the highest rates on the planet. Developing countries such as India (66%) are far behind in treating this disease.

With cervical tumors, Cuba shows amazing results - more than 70%. Experts say the reason for the success of a well-established mass screening. Achievements of Cuban oncologists are comparable with developed countries, like Germany (65.5%), Switzerland, South Korea or Japan.

In ovarian tumors, other common gynecological cancer, Western countries achieved low rates (for example, 42% in Germany). The mail reason is the late diagnosis.

Five-year prostate cancer survival hides the truth. In the United States, official numbers reach 100% due to PSA screening. Of course, American doctors can’t save every man. The trick is that the PSA screening reveals a problem much earlier than disease actually starts. The true effectiveness of treatment will be visible only after many years, but nobody takes them into account. This real survival rate in Germany is 92%.

The leukemia treatment in Germany is one of the most advanced in the developed world. Local hospitals achieved a survival rate of 55%, ranking in the top 5 countries alongside their European colleagues from Belgium and France.

The greatest progress in the leukemia treatment in recent years has reached Sweden, the Czech Republic and Lithuania. However, the level of cancer care in Poland, Romania and other Eastern European countries is still catastrophically low in general.

Brain malignancy in adult patients is a very complex disease that requires high-tech costly treatment and multidisciplinary approach. Therefore, the 5-year survival rate in Germany is 30%, while that in Thailand is only 15%.