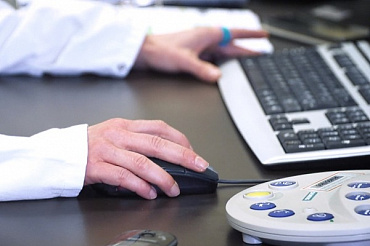 Brain cancer treatment in Austria opens up new opportunities for foreign patients: high-quality services, which are much cheaper compared to the United States.

What treatment will I get?
How much will my life change?

Let's try to answer them from the point of view of modern Austrian medicine.

Brain tumors are benign and malignant tumors that develop in different parts of the brain.

Brain cancer is a malignant tumor, which is characterized by uncontrolled aggressive growth and a tendency to metastasis.

Primary malignant brain tumors are considered rare tumors in Austria with an incidence of approximately 1 case per 10,000 people per year.

Brain tumors can arise from many different types of brain cells. Depending on which cells have undergone changes, these neoplasms are usually divided into several groups.

These are the most common primary brain tumors in adults. In general, the following large groups are distinguished:

• Tumors of the neuroepithelial tissue: These include the group of astrocytomas and gliomas, which is further subdivided into different subgroups. The most common is the glioblastoma
• Tumors originating from the brain and spinal cord nerves (eg neurinoma)
• Tumors that develop from cells of the meninges (meningiomas)
• Tumors that develop from cells of the lymphatic system (lymphomas)
• Tumors of the base of the skull and sellar region (eg pituitary tumors)
• Germ cell tumors (eg teratoma).

The most common brain tumors in adulthood are meningiomas, gliomas and pituitary adenomas.

Overall, there are about 120 subtypes of tumors, some of which are very different in terms of their growth rate and their response to therapies. Therefore, the classification is of great importance.

A common but non-specific symptom of malignant and benign brain tumors is headache.

In particular, headaches, which occur mostly at night and early in the morning, intensify over a period of several weeks and do not react to painkillers, can be a potential warning sign.

Often a headache acquires a new character and is perceived differently than a previously existing headache, such as a migraine. Nausea and vomiting, which occur predominantly in the morning, also indicate a brain tumor in some cases.

Headache, nausea and vomiting are the effects of increased pressure inside the skull.

The brain is surrounded by a "capsule" of the bones of the skull, and the growing mass squeezes it more and more. Consequently, tumor growth in the brain leads to increased intracranial pressure.

This can be detected by indirect signs, including when examining the fundus. If intracranial pressure continues to increase, it can lead to life-threatening problems with breathing and coma.

Other symptoms that can be caused by a brain tumor are very diverse and depend primarily on where the tumor is located and how quickly it grows.

Depending on the affected part of the brain, focal neurological symptoms may occur, such as impaired speech or vision, visual field defects, paralysis, numbness or impaired coordination. It may be a strange weakness in the arm, leg, or half of the body.

A brain tumor can also lead to mental or personal changes, such as decreased libido, apathy, aggressive behavior, or memory loss.

A brain tumor can also cause epileptic seizures. These are temporary dysfunctions of the brain, which can manifest themselves in involuntary twitches and changes in perception.

Seizures can be limited to one limb or part of the body (focal seizure) or extend to the whole body (generalized seizure, which is accompanied by loss of consciousness).


Diagnosis of brain cancer in Austria

If the above or similar complaints are present, the neurologist will record the medical history.

After this, a physical examination is performed with an assessment of the neurological status. During the examination, the doctor checks the function of the nervous system. Neurological assessment shows which parts of the brain are damaged.

To find out if a tumor is present or not, medical imaging techniques are used.

Austrian doctors call magnetic resonance imaging (MRI) the most important method. This high-tech method is based on the use of magnetic fields to obtain detailed images of brain structures. MRI can be used to estimate the size, location and extent of the tumor.

For more accurate tissue imaging, a special substance is injected intravenously (contrast). Despite the small risk of an allergic reaction, MRI with contrast is usually very well tolerated. The entire examination takes about 15 minutes and is completely painless.

The approximate cost of head MRI with contrast in Austria is up to $ 2,000.

In some cases, a head computed tomography (CT) scan is performed instead of MRI or in addition to this method.

For example, if a patient wears a pacemaker, an MRI of the head is impossible due to powerful magnetic fields. In these cases, Austrian clinics offer modern computed tomography technologies.

Unlike magnetic resonance imaging, computed tomography is based on the use of x-rays.

CT is also a very convenient procedure that takes only a few minutes.

In some clinical situations, PET / CT (positron emission tomography) may be required.

With this technology, the doctor determines the exact location of the tumors. PET / CT indicates the biological features of brain cancer, since radioactive sugar accumulates faster in aggressive tumors. The procedure usually does not cause serious inconvenience. 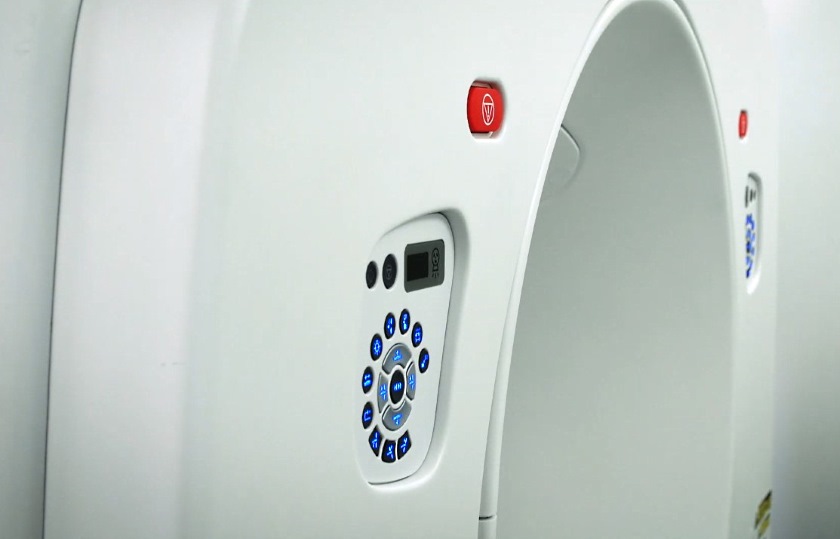 If CT or MRI indicates the presence of a brain tumor, the doctor will take the next steps necessary to determine the type of tumor, the extent of the disease or functional limitations. For example, in some cases, an analysis of the cerebrospinal fluid (lumbar puncture) is performed.

Surgical techniques, radiation therapy and chemotherapy are available for the treatment of brain cancer. The listed methods are often combined in accordance with modern guidelines.

In addition, Austrian universities and leading cancer centers are developing fundamentally new therapeutic approaches that are currently being studied in clinical trials.

Brain surgery is the most important stage in the treatment of brain cancer.

The price of such neurosurgical intervention in Austria can reach several tens of thousands of dollars, depending on the complexity of the procedure.

Often, surgical removal of a tumor is the best therapeutic solution that can be supplemented by radiation therapy or chemotherapy. The exact method of surgery largely depends on the type and location of the tumor, as well as the patient’s condition.

The operation is performed when the tumor is easily accessible and can be completely removed, or when it puts pressure on the brain.

In general, superficially located small tumors can be more easily removed than tumors that are deeply embedded in brain tissue.

If the tumor can be completely removed, it makes full recovery possible.

Some tumors cannot be completely removed at the time of diagnosis. This is usually the case with gliomas and astrocytomas. Even benign tumors, such as meningioma, can spread so far that surgical removal becomes very risky.

As a rule, to remove a tumor, the skull should be open; this is called craniotomy. A small piece of cranial bone is removed in such a way that the access path is as short as possible and favorable for the preservation of neurological function.

In these cases, doctors are limited to conservative treatment. For example, radiation therapy. The possibility of surgery should be discussed with the doctor individually.

The specialist will explain the procedure technique and inform you about the benefits and risks.

Radiation therapy for brain cancer is a targeted effect on tumor tissue by high-energy beams or accelerated particles, which are controlled by a computer.

Thanks to the development of digital technology, this treatment has become a very effective alternative to surgery.

The cost of radiation therapy for brain tumors in Austria varies widely depending on the equipment used (up to $ 35,000 per course). 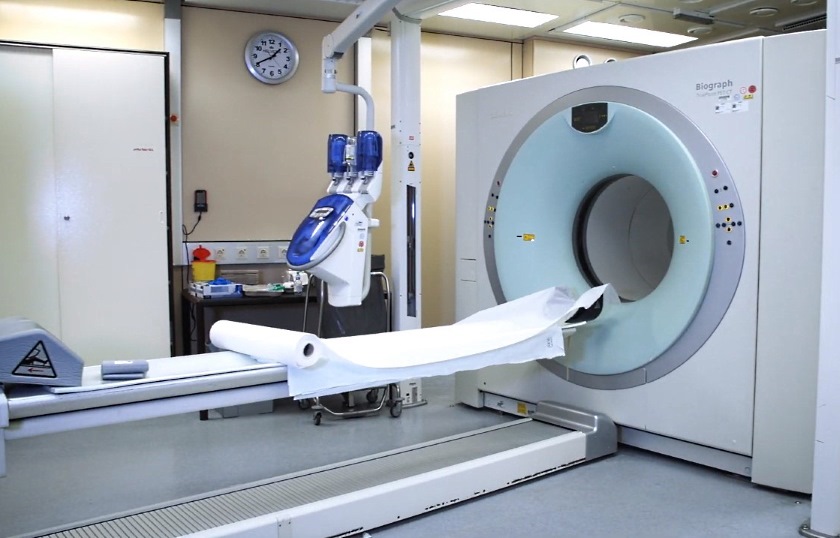 The goal of radiation therapy is to destroy cancer cells and stop their growth. To this end, high-energy (ionizing) beams are directed at the tumor, destroying the genetic material of the cells.

The most important problem of radiotherapy is to use the right dose of radiation in the right place, destroying the maximum amount of tumor tissue and keeping healthy parts of the brain safe.

In inoperable brain cancer, radiotherapy can be used as the main treatment. Radiation therapy, on the other hand, is often used after surgery to increase the success rate of the procedure. In this case, radiation fights against “residual” cancer cells (remaining after the removal of the tumor) and reduces the risk of cancer recurrence.

For brain tumors, radiation therapy is used in different situations. Thus, radiotherapy can often make a significant contribution to improving the quality of life and increasing survival time.

The goal of chemotherapy is to damage the cancer cells, stop their growth and regress the tumor. Drugs used for chemotherapy (cytotoxic drugs) affect the metabolism of cancer cells and prevent their division and growth.

Unlike radiation therapy, chemotherapy can be systemic, that is, it acts on tumor cells throughout the body. Local delivery of chemotherapy to the brain is less common.

Chemotherapy is also widely used after surgery or in combination with radiotherapy. However, not all types of brain tumors react equally well to chemotherapy, so this method can play a different role, depending on the diagnosis.

Cytostatic drugs are injected directly into the bloodstream (intravenously) or in the form of pills in several cycles. Cytostatics attack cells that divide quickly. However, fast-growing healthy cells are also sensitive to chemotherapy, which often results in undesirable side effects.

In addition, several innovative therapeutic approaches have emerged in Austria, which are currently being evaluated in clinical trials. Talk to your doctor about the possibility of participating in trials.


What does the choice of treatment for brain cancer depend on?

In the case of a newly diagnosed brain tumor, the choice of treatment depends on the type of tumor and the stage of the disease at the time of diagnosis. The patient's state of health also determines the possibility of using surgery and other treatment methods.

In Austria, the planning of a therapeutic strategy is usually carried out by several doctors from different fields of medicine (eg neurology, neurosurgery, oncology, pathology).

This multidisciplinary approach is necessary in order to take into account all important factors and determine the best treatment options for you.

Choose specialized centers that can offer state-of-the-art technology and clinical experience in the treatment of a specific disease. This way you can be sure that you will receive the optimal treatment in accordance with the latest scientific developments.