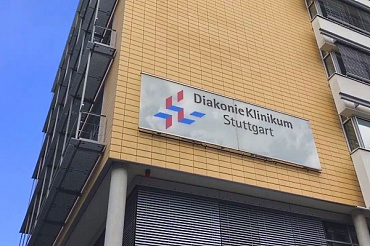 Innovative bladder cancer treatment in Germany is particularly in demand by medical tourists who are faced with the late stages of the disease.

The term "bladder cancer" includes several types of malignant tumors that develop from cells of the mucous membrane or smooth muscle tissue of the bladder.

This is a late-life cancer.

With almost 16,000 new cases annually in Germany, bladder cancer is considered one of the more common malignancies in the country.

But men have a slightly higher 5-year survival rate than women due to the more favorable distribution of tumor stages: 45% versus 38%.

According to German oncologists, about three-quarters of the patients have a superficial, non-muscle-invasive bladder cancer (NMIBC) at the time of the initial examination; in the remaining quarter, the tumor has already grown into the muscular wall or has spread to other organs (invasive tumor).

Men are more than twice as likely to be affected as women and the risk of disease increases with age. Risk factors include chronic cystitis (UTI), smoking, the use of certain medications or drugs, and exposure to some industrial chemicals. In areas such as Africa, Asia and South America, bilharzia (snail fever) is considered one of the most common causes of this cancer. This is a parasitic disease caused by a worm that lives in warm tropical waters.


Symptoms and diagnosis of bladder cancer

A typical symptom of the disease is the blood in urine (hematuria), which is usually painless. We should remember that hematuria requires immediate evaluation, regardless of the presence or absence of other symptoms. The most important diagnostic test used by German hospitals to confirm bladder cancer is a biopsy. It tells the doctor what type of tumor affected the patient, and how deeply it penetrated the wall of the organ.

Using the CT, MRI, scintigraphy, and urography (x-ray exam of the urinary tract) will determine whether the tumor has spread to nearby tissue or distant organs. Practically all the necessary diagnostic tests are available in large German hospitals at a high technical and professional level.

The cost of bladder cancer diagnosis in Germany may be significantly lower compared with countries such as the United States and Canada:

The treatment choice depends on the type of tumor as well as its location and stage. Superficial tumors can be surgically removed through the urethra. In cases of invasive disease, the bladder has to be completely removed, and so-called urinary diversion is performed to reroute the flow of urine.


Choosing the clinic for bladder cancer treatment in Germany

A certification of clinics which specialize in bladder cancer does not exist in Germany. Therefore, you will have to look for large university clinics or private hospitals that have certified centers of oncology and urology. Pay attention to the annual rankings of the best German hospitals and doctors in a particular area of ​​medicine (for example, the FOCUS magazine). Always look for experts who have accumulated rich clinical experience in the treatment of a particular form of the disease. In case of bladder cancer, you will probably need a qualified urological surgeon.

Patients who need cystectomy (removal of the organ) should be interested in specific urinary diversion techniques used in the clinic.

The clinical experience is expressed, in the number of patients treated each year and surgeries performed.

The certificate of Oncology Center (Tumorzentrum) means that qualified experts in several disciplines work and collaborate closely in such a hospital.

The Association of German Tumor Centers (Arbeitsgemeinschaft Deutscher Tumorzentren, ADT) not only provides contacts of oncology centers in Germany, but also informs about the quality requirements.

Below are some university clinics and private medical centers where you can go for a second opinion and specialized bladder cancer treatment:

In 75% of affected patients, the tumor is detected at an early stage (pTa, T1, carcinoma in situ). Therefore they have a very good prognosis. After surgical removal by transurethral resection (TUR-B), regular follow-up is important. The risk of bladder cancer recurrence depends on the number of tumors, the aggressiveness and the depth of penetration. Based on this information, the five-year risk of recurrence is estimated at 50-70%, but this figure can be reduced to 20% due to local immunotherapy or modern chemotherapy agents.

In general, superficial bladder cancer can be kept under control even with recurrences by regular examinations and appropriate transurethral resection. Up to 25% of patients already have the late stage of the disease. They are treated according to invasive bladder cancer protocol. German doctors mainly recommend cystectomy, sometimes TUR-B in combination with radiotherapy / chemotherapy.

After radical removal of the bladder, urinary diversion is performed. This is a technically complex and variable procedure. The purpose of the procedure is to redirect urine flow through the stoma. Sometimes a neobladder is created from the intestine that connects to the urethra (no stoma is needed in this case). 70% of patients show no problems with the neobladder, 15% suffer from permanent incontinence, and 15% from nocturnal incontinence.

Depending on the tumor stage, the 5-year survival rate for bladder removal is between 80% (stage pT2) and 20% (stage with lymph node involvement).

If there are secondary tumors in the lungs, liver or bones, the prognosis is much worse. With systemic chemotherapy, the 5-year survival rate is only about 5-10%.

Chemotherapy aims to kill malignant cells throughout the body by cytostatics. These agents work very well against rapidly dividing cells. Therefore, they are particularly effective against cancer.

The cost of systemic chemotherapy in Germany starts from $3,500.

In advanced tumors (stages pT3, 4) an additional chemotherapy is prescribed before or after the surgery in order to increase the effectiveness of treatment and reduce the risk of the formation of secondary tumors in distant organs. Adjuvant chemotherapy is performed within three months after surgery. If there are already metastases in the lungs or liver, chemo is the only way to prolong life.

Unfortunately, it is impossible to completely cure bladder cancer with cytostatics. However, in advanced / metastatic tumors, chemotherapy may halt tumor growth for a period of time. Tumor-related complaints and pain can be relieved; sometimes even a significant reduction of the tumor can be achieved.

In order to achieve the greatest possible effect against cancer and to reduce side effects, combinations of different cytostatic agents in smaller doses are often used. Therapy consists of several cycles, each of which lasts several weeks. Between the cycles there are periods of rest in which the patients recover from the side effects. 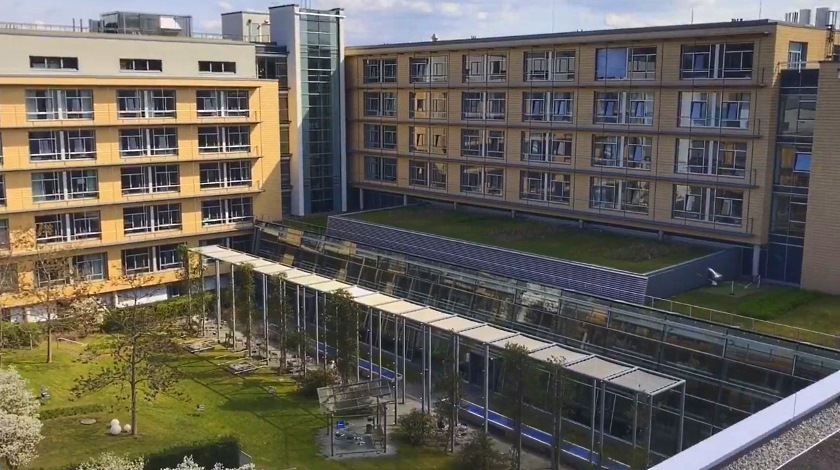 The number of cycles depends mainly on clinical efficacy and tolerability.

Treatment with cytotoxic drugs affects normal tissues, which regenerate relatively quickly, primarily the mucous membranes of the stomach and intestine, the bone marrow, and the hair follicles. Possible side effects of chemotherapy are nausea, vomiting, diarrhea, hair loss, increased susceptibility to infection and bleeding.

Today, German clinics offer effective symptomatic drugs and non-drug methods that greatly facilitate the side effects of chemotherapy. Most side effects disappear when no more cytotoxic drugs are given.

External beam radiation therapy (EBRT) is the delivery of high energy beams from a source that is outside the body. Due to the immediate proximity of the bladder to the rectum, irradiation of this area can lead to side effects. Despite careful treatment planning, diarrhea, nausea, and rectal bleeding are observed soon after treatment. Other side effects are expected only weeks or months after irradiation.

For some time, a new option, the so-called immunotherapy, is available for advanced bladder cancer treatment in Germany. In contrast to chemotherapy and radiotherapy, immunotherapy has a more specific mechanism of action. It is based on the use of T-cells, which target tumor antigens. Some tumor cells can prevent their destruction by manipulating certain immune system “switches” that control immune response. This leads to the growth of the cancer cells and thus to the growth of the tumor. This is where immune checkpoint inhibitors work. They activate the immune system. Possible consequences are therefore autoimmune reactions such as rash.

Immunotherapy is used for advanced or metastatic bladder cancer.

Depending on certain factors, checkpoint inhibitors may be used in the first, second or third lines of treatment. Atezolizumab, nivolumab and pembrolizumab are the well-known immunotherapy drugs approved in Germany.

Both atezolizumab and pembrolizumab have been approved for first-line therapy of advanced bladder cancer. In June 2018, the European Medicines Agency (EMA) advised against using pembrolizumab and atezolizumab in the first-line treatment, if the specific marker (PD-L1) is detectable only in small amounts. Recent studies suggest that checkpoint inhibitors may not work as well as chemotherapy. Atezolizumab, nivolumab, pembrolizumab, avelumab and durvalumab are currently being compared with standard chemo.