An important day for lung cancer treatment in Israel 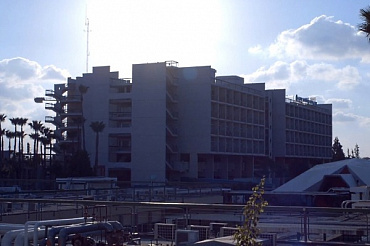 In recent years, the lung cancer treatment in Israel, especially in metastatic forms, has undergone major changes and continues to improve.

According to statistics from the Israeli Cancer Association (ICA), more than 200 new cases are diagnosed each month, and about 175 patients are chronic smokers.

Local oncologists call for the introduction of periodic screening for smokers and other people at risk.

Over the past decade, local medicine has achieved an impressive reduction in mortality, but lung cancer remains one of the most deadly cancers in the country.

Lung tumors account for 35% of cancer deaths in Israel.

Every year it kills about 1600 people. It is three times more compared to the traffic accidents. Bronchopulmonary carcinoma is considered the second most common tumor in Israeli men and women.

A total of 1.5 million cases of the disease are diagnosed on the planet every year.

How do these patients live?
Is there enough experts in this area?
What could be done to prevent a deadly disease?
What are the best achievements of lung cancer treatment of in Israel?

According to Prof. Nir Peled, head of the oncology department of Soroka Medical Center, the path to changes requires professionalism, flexibility and joint efforts of patients and medical staff.


Why does lung cancer occur?

A tumor is a result of oncogenic cell mutations, which make it possible to divide uncontrollably and occupy other tissues. The main mutagens are tobacco toxins, asbestos, radon, industrial chemicals.

But 20% of patients suffer as a result of genetic mutations, and these people are not necessarily smokers. In these cases, screening tests are offered to detect a genetic abnormality and selectively block biological activity with targeted drugs.

According to the oncologist, 80% of bronchopulmonary carcinomas are caused by smoking. Tobacco remains a major risk factor for lung, neck, esophagus, and even bladder tumors.

Yet the tobacco industry is booming, and smoking remains legal and affordable. The professor asks, isn't it time for us to take the profits of tobacco companies for the treatment of cancer patients?

Today, the cost of treating a patient with advanced lung cancer is more than 500,000 shekels per year, and if we count only the treatment of new patients, this amounts to over 1 billion shekels per year ($ 270 million). This is a huge burden for society.

The age when smoking starts is the most important factor. Tissue damage accumulates over the years. Worst of all, this damage is not completely reversible, so quitting smoking does not reduce the risk to a basic level. But the sooner you quit smoking, the better for your health.

Professor Peled says that recently Israeli hospitals have been using genetic lab tests for large cell lung carcinoma to identify new targets for targeted therapy and to increase its effectiveness. A suitable target is found in about a quarter of the cases, but these patients can benefit a lot from personalized treatment. Personalized medicine is especially important for people with lung cancer who have never smoked. Here the chances are the highest.

Advanced diagnostics, the use of latest technologies for obtaining tumor tissue and even the collection of circulating tumor particles by liquid biopsy provide optimal results.

Soroka Medical Center, along with other leading cancer clinics of the country, managed to triple the survival and even achieve complete remission in some patients with metastatic lung cancer!

The recent World Conference of Lung Cancer has demonstrated that quantifying the mutational burden also predicts a response to immunotherapy in patients with small cell lung cancer (SCLC).

According to experts, targeted therapy and immunotherapy are the only promising direction in this area. This is confirmed by the fact that since the 1970s, chemo has hardly changed for the better. 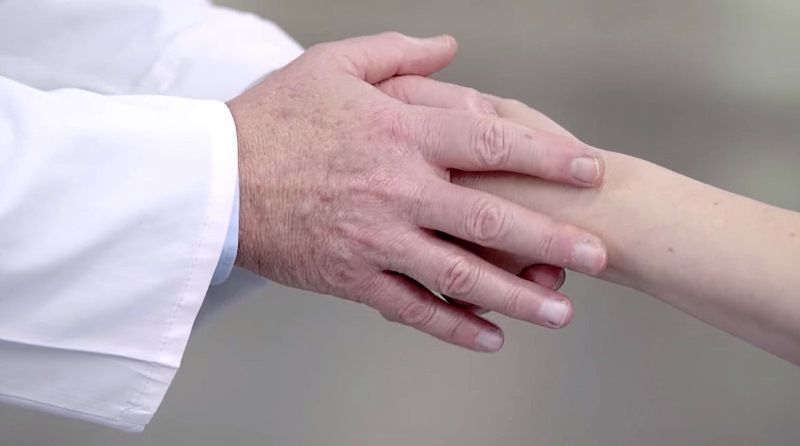 In recent years, we have learned that the tumor “lulls” the immune system, secreting special proteins (PD-L1). Neutralizing these tumor proteins has transformed the treatment. Immunotherapy became the first reliable treatment for metastatic cancer, which brought new hope to the patients. Immunotherapy is based on a few clinically available drugs, but many options are still undergoing clinical trials or are being tested in laboratories in the USA, Israel, Germany, France, and Japan.

Drugs that directly protect the immune cell from harmful protein, as well as drugs that bind the protein in the tumor environment, were approved. Modern immunotherapy is suitable for about a third of lung cancer patients and is even approved as monotherapy (without chemo).

The combination of chemotherapy with immunotherapy has been shown to increase the response rate by 80% compared to monotherapy. Local oncologists have demonstrated that immunotherapy successfully replaces second-line chemo during remission of locally advanced lung cancer.

Previously, metastatic lung cancer was a death sentence. Today we see patients who have been living with the disease for many years, maintaining high quality of life and ability to work.

Lung cancer immunotherapy in Israel costs from $ 3,000 to $ 15,000 (excluding lab tests and biopsy), being more affordable compared to similar treatment in the United States, Australia or Canada.