A new method for cancer imaging developed in Germany 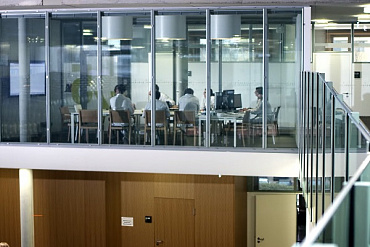 German oncologists have developed a new method for cancer imaging that will help in diagnosing malignant tumors of the pancreas, colon, breast, as well as lung cancer.

New nuclear medicine technology, created by the University Hospital of Heidelberg in Germany and DKFZ scientists is more accurate and reliable compared to standard PET / CT.

Moreover, new diagnostic test is much more comfortable for the patients themselves.

Details of the study are published in The Journal of Nuclear Medicine.


How to improve PET for cancer diagnosis?

The new technology is based on positron emission tomography (PET), which is well known to physicians. This method was enhanced by using a tracer loaded with a specific protein.

Modern PET uses a radioactive glucose compound that binds to the metabolically active cells to "highlight" cancer metastases on screen. Although PET / CT have become the “gold standard” for diagnosis of metastases, its accuracy remains insufficient.

The new target was so-called cancer-associated fibroblast, a kind of connective tissue cells. CAFs are present in the vast majority of carcinomas, including breast cancer and lung cancer.

Western oncologists have long tried to use cancer-associated fibroblasts in the diagnosis and radiotherapy, but this technology remains science fiction. These ubiquitous cells are responsible for the spread of neoplasm throughout the body and the progression of the disease. CAFs also release a potent molecule – fibroblast activation protein.

Studies show that FAP is responsible for stromagenesis and uncontrolled growth in epithelial carcinomas.

To inhibit this protein and stop cancer spreading, experimental drugs talabostat and sibrotuzumab have been developed, but they are still far from the patient's bed.

Cancer-associated fibroblasts are less sensitive to chemotherapy in comparison with "ordinary" malignant cells. This makes CAPs a valuable target for future treatment.

According to researcher Uwe Haberkorn from University Hospital of Heidelberg, the presence of cancer-associated fibroblasts and FAP expression is associated with poor prognosis. By combining the isotope gallium-68 with a highly selective FAP inhibitor, German scientists "highlighted" malignant cells in the PET / CT imaging. Regardless of the location of individual cells and micrometastases, they were clearly seen on screen.

Preliminary trials involving three cancer patients confirmed the high efficacy of the new method compared with standard PET scan. Gallium-FAPI tracer almost does not bind healthy cells. According to experts, this is a huge step forward in comparison with the traditional marker 18F-FDG, which is widely used for the evaluation of metabolism in positron emission tomography.

Moreover, the addition of FAPI to other radioisotopes will help improve radiation therapy for cancer - endoradiotherapy. The enzyme-controlled deadly particles will find micro-tumors throughout the body and attack them.

Conjugation of FAPI with such active isotopes as yttrium-90 and lutetium-177 is included in the nearest plans of DKFZ researchers. It can be safely asserted that effective methods of radiotherapy of metastatic cancer will soon appear in Germany.

The study is supported by the Society for Nuclear Medicine and Molecular Imaging (SNMMI), an international organization for the development of new technologies in nuclear medicine.

Famous academic hospital in the small German town of Heidelberg (Baden-Württemberg) is affiliated with one of the oldest medical faculties in Europe (founded in 1388).

Many experts name it one of the best cancer centers in the world. Today, the clinic and the local scientific institute closely cooperate with DKFZ and the National Center for Tumor Diseases.

This is the home of clinical technologies and medicines of tomorrow.

Among the research priority areas: